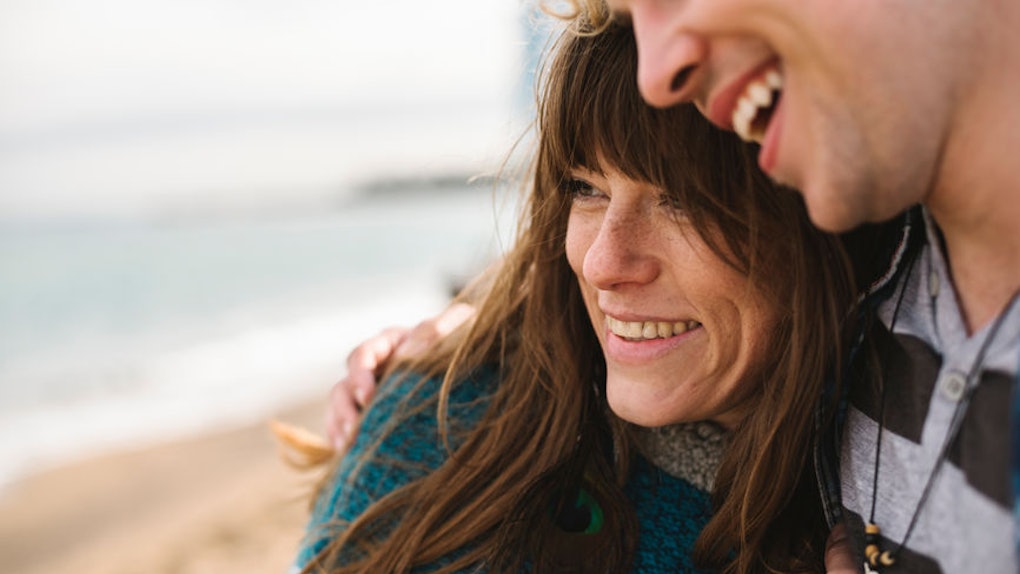 My current relationship is my first real long-term one after 23 straight years of being single and, I must say, the most difficult part of transitioning from being single to not was getting used to being called "babe." You see, no one had ever called me a pet name within the confines of a romantic relationship so the whole thing felt a little Michael-and-Jan-dinner-party episode of The Office to me. Now, in a strange turn of events, I've grown to love being called "babe," which makes total sense because a recent study found that relationship pet names are actually capable of making your romance stronger.

Yep, that's right. Just simply referring to your partner as "babe" or another equally cute pet name can strengthen your relationship. No, seriously. It's science!

A survey of over 1,000 adults carried out by Superdrug Online Doctor, the researchers were able to found that 87 percent of Americans use pet names when they're in relationships. This is compared to only 74 percent of Europeans just to paint you a picture of how much Americans use pet names. So, yeah, if you're like me and feeling hesitant about the whole pet-name-using thing, don't worry — it's more common than you might think.

Oh, and then there's the most important finding of them all: The people who do use pet names are 16 percent more likely to be happy in their relationships than those who do not.

But don't get carried away, people. The study also found that the specific pet name people chose to use in their relationships played a big role in whether or not they actually improved the relationship. For example, the study found 90 percent of Americans who use flattering but basic nicknames like "honey," "gorgeous," and "beautiful" were content in their relationships. Only 56 percent of couples who didn't use any nicknames said the same.

What's the most flattering nickname of them all? Well, it depends on where you live. People in Germany most enjoy being called "Schatz" (German for "sweetheart"), followed by "cutie" and "hun." People in America, on the other hand, prefer to be called "pretty" in the #1 slot, followed by "beautiful" and "gorgeous."

With the good, of course, also always comes the bad. The survey also looked into which nicknames people hated the most within relationships. The most hated nickname was "papi." The researchers found that 73 percent of people absolutely despised being called "papi." In a similar vein as "papi," "daddy" came in as the second most hated nickname with 72 percent of people saying they hate it. Next, people hated overly cutesy nicknames such as "sweet cheeks" (66 percent) and "muffin" (61 percent).

Also, if you were wondering who's using these nicknames the most, wonder no more! Men were more likely (85 percent) to use pet names than their female counterparts (76 percent).

If being called "honey" by your bae reminds you of your mom, don't be too creeped out. That's apparently part of the appeal. "Couples speaking this way harken back to their own experience when they were infants and to their first love, their mother," Dean Falk, a professor of neuroanthropology at Florida State University, told Broadly.