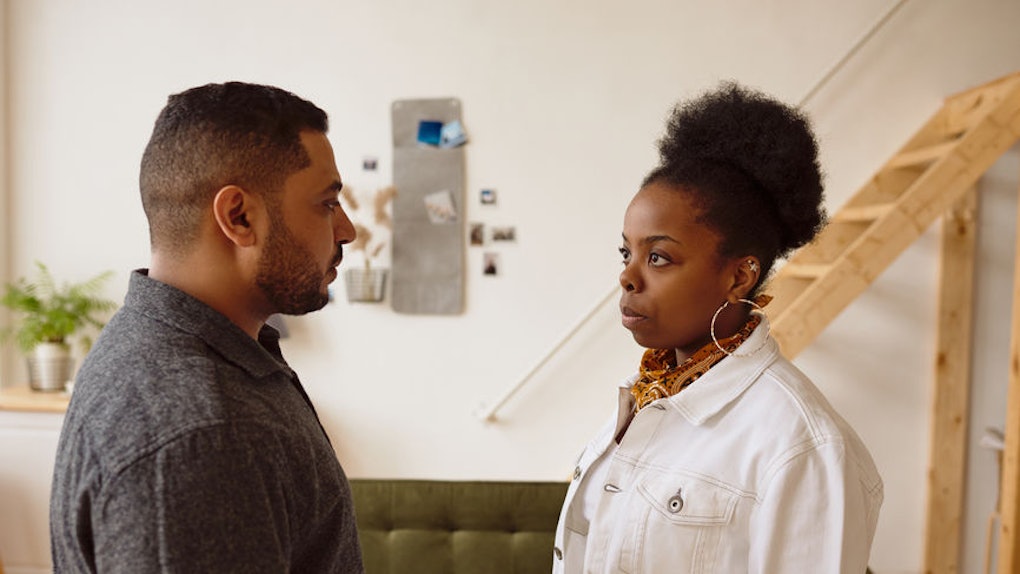 It may sound super simple, but realizing you deserve better in your relationship is no easy feat. From the point of view of an outsider looking in, it can be easy to point out when a friend or even a stranger blatantly deserves to be treated so much better. But recognizing that moment when you are the one who could do so much better isn't always so easy. It can be difficult to differentiate between a rough patch and an actually terrible situation.

And loving the person who's putting you through all of this doesn't make things any less complicated, either. The minute you feel real love for someone, it becomes easier to create excuses for them and for the potentially terrible things to you. That's what makes the stories of these women so, incredibly inspiring. Which women am I referring to, you ask? Well, in a recent Reddit AskWomen thread, women were asked to share the moment they knew they deserved better. Throughout this piece, we share 20 of the most revelatory responses. Read along and soak up their wisdom. These women felt comfortable — even happy — in their relationships, but still figured out they deserved more. Even if you aren't quite at that point in your own iffy relationship, these stories are worth a read.

He left her out on her own during a cancer scare.

I had a cancer scare (right after my boyfriend at the time had gone through some pretty hefty physical and mental problems, that I stood by him through) and rather than support me, he complained to his cousin how needy I was being. That was the beginning of the end. I drove to my appointment, not thinking about the appointment, but about how if I stayed with him this was how my whole life would be... doing everything on my own.

She found him in bed with two other women.

Another woman was a recurring problem for them.

When the girl he used to like was ALWAYS a problem in our relationship because he always seemed more excited to be with her and I wasn't allowed to "break up a friendship". And she was innocent yet always starting shit. His parents fly across the country to meet me for the first time and I'm so excited, not only for that but one weekend away from this girl. It was intimate and perfect and I loved them, until he lied to me and took the girl to a one on one lunch with his parents and said he didn't. Found the leftovers in the fridge. Realized I would never feel special to him and it was no longer worth it whether he still liked her or not.

She was constantly making excuses for him.

When I kept making excuses for his behavior: maybe he forgot, maybe he is busy, maybe he is mad.A genuine person will take the few seconds to say: I’m busy or just let you know.An actual moment: When my ex tells me that he is the reason I am where I am in life, that he has given me so much that I need to acknowledge him in everything that I do.Like yeah, you were the one busting ass in school and you took my finals and you took on more at work to be a good employee. I realized then I deserved someone that celebrated my hard work and not theirs.

He refused to compromise.

When my ex told me that “compromising was just another way of saying neither of us will be happy”. He really lived that mantra by refusing to ever compromise, meaning he was always happy and I never was.

He was too busy with his side piece to support her during her miscarriage.

When I had a miscarriage and he didn't show up to support me because he was out with his side piece.

He was constantly fawning over other women.

When my boyfriend kept commenting on how hot/sexy other women were and how he'd sleep with them in a heartbeat.

He was a selfish lover.

An ex of mine would never care about my pleasure during sex. No oral or anything but demanded it from me. Not sure why I stayed with him for as long as I did. Never again.My husband is a very thoughtful partner and I love it.

He made her lower her standards.

When I decided cheating is not the worst thing they can do in a relationship.

He drunkenly dumped her on the phone.

When my ex boyfriend broke up with me over the phone while drunk at a party, 1 week before our anniversary and 1 week after I’d booked flights/hotel to come visit him (LDR).He called me the next morning trying to go back on it but I was just...done. I was upset for like a day and then realized he was an idiot, and found myself someone 1000x better.

He made her negotiate how many times he would dance with her.

When my boyfriend at the time and I were going to a wedding, and he made me negotiate with him how many times he would dance with me. I had to make sure I said "at least pretend to enjoy dancing with me and don't tell me how much you hate it the whole time." I knew that I deserved someone who actually enjoyed dancing with me and wouldn't roll his eyes and huff and puff while it was happening.

He put saving money over her well-being.

My ex angrily taking me to walgreens to get me a cheap foot brace because he didn't want to spend money on a boot. he also made me limp out of the car and get it myself because he couldn't figure out which one to get.Also that time he let our heat get shut off in Michigan in January.

He said exactly what he knew would hurt her most.

When an ex screamed in my face that I was a spoiled princess during an unwarranted rage, knowing that I was very sensitive about needing support from my parents as I had just got a temp job after months of unemployment. He had purposefully chosen the worst thing he thought he could say to me, just to hurt me. I'd looked after him for months after an illness and suicide attempt and he was living with me rent free, yet calling me a princess. I made him pack up his stuff and never spoke to him again.

He agreed that she wasn't a priority to him.

When my I told my (now ex) bf that I felt like I wasn’t a priority to him, and he responded by straight up telling me that he didn’t see a problem with his friends being his priority. Mind you, this was a serious, three year relationship. We were planning on getting married LMAO dodged a bullet on that one.

He bailed on her birthday weekend and made her drive him to the airport.

When my ex made me drive him to the airport to go on a trip he had promised to cancel so he could spend my birthday with me. He never made time for me but expected my unconditional support, so when he said he would change and would stay I thought we had a chance. Then he woke up and said he had to go and asked me to drive him. I didn’t fight, i didn’t nag, I just got dressed and drove him. On my way back to my apartment I decided I would break up with him once he was back, and I did.Of course after I ended it he was suddenly free all the time and kept showing up to gatherings with my friends. After a few months I seriously considered taking him back, we had known each other for years, had a lot in common and he seemed to be different and also really sorry. Then he made out with one of my guy friends after a party at my place. That was two “I deserve better than this” moments.

She caught him sending nudes to another woman.

After catching my ex sending nudes to some random woman (again) while we were on an expensive holiday that I had footed.I made excuses for so long for him but it finally hit me that no amount of apologising can fix trust when it's been broken multiple times by a lying, cheating, asshat.

He got mad at her for spending time with her dying dad.

My dad was dying, I was caring for him in home hospice, and my fiancé of five years refused to see him and yelled at me for missing his 7-year-old’s basketball game to be with my father.F*** that guy. My dad hated him anyway.

He was a drunk idiot.

I was staying at my sh*tty boyfriend's house one night while he was out celebrating a sports win, starting right after his office job let out. I was sick with a cold and didn't want to go out anyway, but he didn't take a phone charger and stayed out until well past 2 am causing me panic because everyone he had been with was already home. I stuck a note on the door asking him to let me sleep alone and take the couch since I was sick (and pissed) but he barged into the room and threw the light on, loudly trying to go to bed while yelling at me that it was his house and he could sleep in his bed if he wanted to. He had been a bad boyfriend prior to then but for some reason, that tore it.

He made up a stupid excuse to start cheating.

An ex (not ex at the time) telling me he needed space to work on himself to be a better person and boyfriend after 8 ish years of dating. Found out he had been going on dates with a coworker and had a crush on her for months. Boy, bye 🙄

She asked for her to wait around while she tried to get her ex back.

When my girlfriend decided to get back in touch with her ex, and effectively ignored me afterwards while texting/calling them constantly. Made up stupid lies so they didn't have to talk to me. Ignored me for a week before we mutually broke up over the phone less than a week ago. She's currently trying to get back with her ex that's now engaged and buying a house with said fiance, but expects me to wait around for her if she doesn't want her back.I think the f*ck not.I'm partly to blame, I got into the relationship knowing she wasn't over her ex, but damn. Learned a hard lesson that no matter how much you care, prove your worth, or love someone you can't change them or force them to love you back.

I know that was a tough read. Some of these stories are incredibly heartbreaking. But there is a silver lining here: These women all managed to come to the conclusion that they deserve better. Even in their darkest hour, they didn't lose sight of their worth. That is something to be proud of.