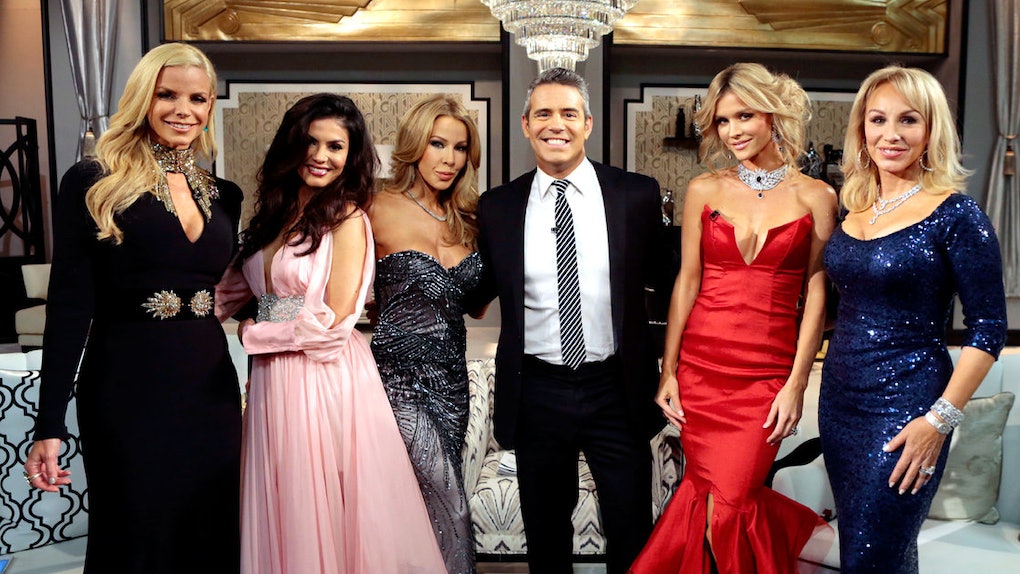 The original series ran from 2011 to 2013, adding a beachy vibe to all the drama fans have come to expect from every iteration of the Real Housewives franchise. It was never officially cancelled, but after Real Housewives of Miami Season 3 finished in November 2013, production on a fourth season was scrapped. During an appearance on a Nov. 5, 2020, episode of the Everything Iconic With Danny Pellegrino podcast, longtime Housewives host Andy Cohen noted that Season 3's ratings just weren't where they needed to be at the time. "The problem with the third season was that the ratings were declining as it went on," he explained. "I think that went into the decision to not pick it up."

However, the show is getting another chance eight years later. Since so much time has passed, the cast and storylines are bound to look very different than they did in 2013. And for that reason, longtime fans of RHOM have a lot of questions, not lest of which include: Will any of the previous cast members return? And when exactly will new episodes grace viewers' screens?

Let's break down what we know about Season 4 so far.

No official cast members have been confirmed, but expect to see a lot of new faces in Season 4. "They have started interviewing a bunch of different women," a source reportedly told Us Weekly on Feb. 3. "They want to have a very diverse cast and are speaking to women from all different backgrounds."

Viewers will have to wait and see who is down to return, but Patton definitely seems interested. When a fan asked her about her possible return on Instagram in 2019, she cryptically replied, "You never know."

Since Season 4 hasn't been officially cast yet, it will be a while before it hits fans' screens. Check this space for premiere updates as the season gets closer.

How to Watch 'Real Housewives of Miami' Season 4

In a change for the franchise, Real Housewives of Miami isn't airing on Bravo. Instead, it will exclusively premiere on Peacock, NBCUniversal's new streaming service. And it sounds like Cohen has been a vocal advocate for this to happen. In his Everything Iconic interview, he said: "I have really been trying to get Peacock to pick up Miami." Luckily, the powers that be at the streamer apparently listened, and a whole new era of boozy yacht party drama is on its way.