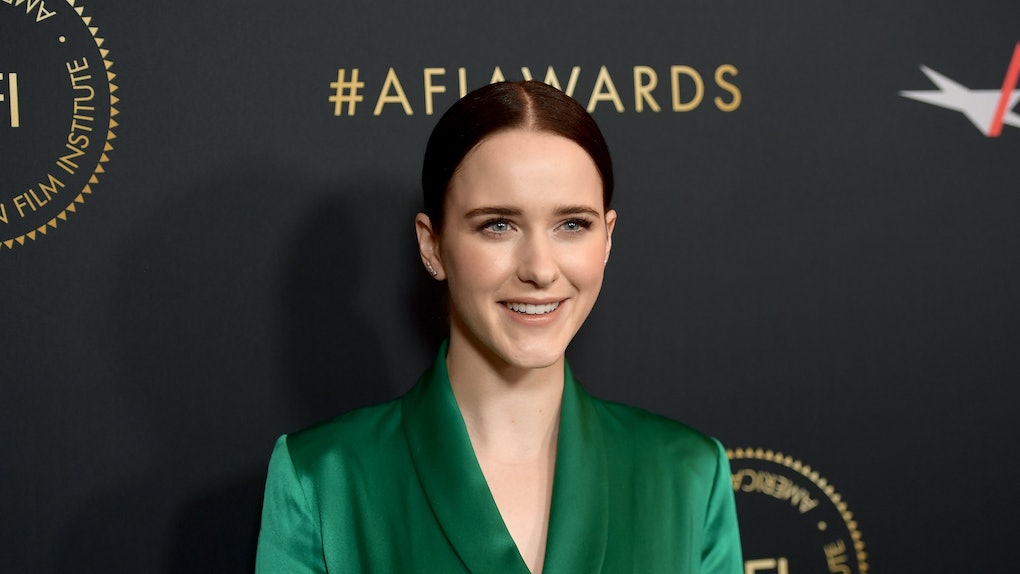 Rachel Brosnahan's 'SNL' Debut As Host On Jan. 19 Got So Much Love On Twitter

Aside from getting the chance to kick back and relax, see a few friends, and — of course — get a little shuteye, one of the things I was looking forward to most this weekend was the opportunity to watch Rachel Brosnahan host Saturday Night Live. As you would probably imagine, the Marvelous Mrs. Maisel actress definitely did not disappoint viewers with her comedy, endless amounts of wit, and obviously, her charm during the Saturday, Jan. 19 episode. And if you (somehow) don't believe me, Rachel Brosnahan's SNL debut as host on Jan. 19 got some much deserved love on Twitter. I am beyond excited for her.

Saturday Night Live's very last episode of December 2018 kind of left me wondering: What would the weekly comedy show decide to do in the new year? It seemed as though they had invited all of the greatest possible guests to host, the writers had totally outdone themselves in the realm of jokes, and they had come up with all of the most outlandish skits possible. Brosnahan, however, definitely brought original content. Everything, starting with her opening monologue, was absolutely perfect. It was a song encouraging friends to "have fun" in the new year, and it was basically a #relatable ode to those who are trying to stay positive, despite the fact that everything happening in the world right now is, well, "less than fun." Check it out, below.

Obviously, Brosnahan's opening monologue was well-received by fans out there in the Twitterverse. It seems as though fans literally can't stop talking about it right now, and to be completely honest, I am so proud of her.

Brosnahan also rocked it during the show's "Millennial Millions" skit, where the actress played a 20-something-year-old struggling to get health benefits from her job at Google. LOL, yeah... it's seriously way too real, if you ask me.

And once again, Twitter was super into every second of her (somewhat discouraging) performance. Because how could they not be?

Oh, and they ended up putting out yet another "Barbie Interns" segment, where Brosnahan and the crew tried to come up with captions for Ken's Instagram.

And obviously, it was absolute FIRE.

In general, fans of Saturday Night Live just seemed straight-up thrilled that Brosnahan went on the show. Based on reactions from the Twitterverse, it seems as though she slayed the game.

OK, there is a ton of love in this club right now, and it's making me so happy. To be completely honest, I am beyond proud of Brosnahan and of the rest of the SNL cast. Their performances were unbelievable, and as per usual, it exceeded my expectations.

Well, despite any and all of my previous hesitations, it looks like Saturday Night Live is going to kill it for the rest of the season. Right? I mean, if every single host ends up slaying this year it like Brosnahan did, it's going to be pretty amazing. Keep up the good work SNL fam — I am so on board.

More like this
Kyla-Drew On 'Dad Stop Embarrassing Me!', College Life, & Michelle Obama
By Dylan Kickham
'All-American' Star Samantha Logan Is Putting Herself First
By Rachel Varina
The 'Glee' Cast's Tribute To Naya Rivera At The 2021 GLAAD Media Awards Was So Moving
By Abby Monteil
Stay up to date