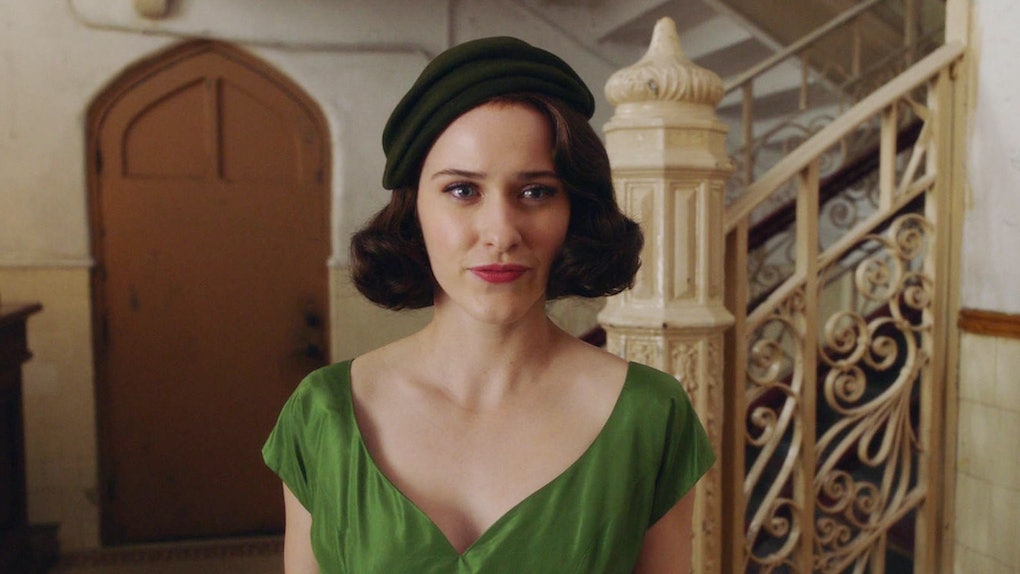 The mad divorcée of the Upper West Side, aka Midge of The Marvelous Mrs. Maisel, is due for a return in the Amazon comedy's second season later this year, but until then, we only have a fast-paced teaser to hold us over. I'm still dissecting the short trailer for any clues of what to expect, but Mrs. Maisel's lead actress is still reeling from the surprise hit that was Season 1. Currently nominated for an Emmy Award, Rachel Brosnahan revealed her most difficult Marvelous Mrs. Maisel scene in Season 1, and it isn't as obvious as you'd expect.

In contention to win the Outstanding Lead Actress in a Comedy Series Emmy on Sept. 17, Brosnahan is now a breakout star for bringing the quick-witted Midge Maisel to life on the Amazon Prime series. Already the winner of a Golden Globe award, she mastered several scenes depicting Midge's attempts at stand-up comedy, and while Brosnahan hasn't been too daunted by her character's comedic side, an initially simple-looking scene was what flustered her the most while filming the first season.

Speaking to Entertainment Weekly, Brosnahan referenced a moment from the season finale during which Midge and her friend Imogene pack goodie bags for their children's joint birthday party. The two women get confused about what they've put in which bag, and such detail also sent the actresses into a frenzy. Brosnahan told EW:

There were just hundreds and hundreds of props. Keeping track of that many props and also talking at a million miles an hour like we do on the show was just impossible. It took us a really long time to get it right.

If it was the goodie bag scene that confused Brosnahan and Bailey De Young, I don't even want to know how they fared while filming Midge and Imogene's workout class.

As for what moment officially helped Brosnahan come to terms with who Midge was, look no further than Midge publicly revealing the truth behind comedian Sophie Lennon's act. When she discovers that Sophie's persona of a middle-class housewife is all for show, Midge tells Sophie's audience that their idol is actually a posh and wealthy woman. The move is practically career suicide, but for Brosnahan, it helped broaden her understanding of Midge.

"I was still learning a lot about comedy and stand-up as somebody who’d never done it before, and it was a moment where I think both Midge and I simultaneously arrived into this world together," she told EW. "It was really cathartic."

According to the teaser for The Marvelous Mrs. Maisel's second season, Midge and Susie hit the road in new episodes, testing out Midge's comedic chops on a new kind of audience. Clues of her romantically reconciling with ex-husband Joel are scattered throughout the clip, while Midge's former prison mate Lenny Bruce and Zachary Levi's mysterious new character also briefly appear. Meanwhile, Midge visits the Catskills with her family, where it looks like she participates in a summer beauty pageant.

Speaking to E! recently, Brosnahan teased what Season 2 may bring for Midge, saying, "She's got a new level of confidence, about stand-up specifically, heading into season two. She's feeling good, she's on a roll, I think she feels like she's arrived at her voice and she's excited to grow it from there."

Here's hoping for more of Midge's career obstacles and less of complicated goodie bags in upcoming episodes. Season 2 of The Marvelous Mrs. Maisel debuts on Amazon Prime later this year.