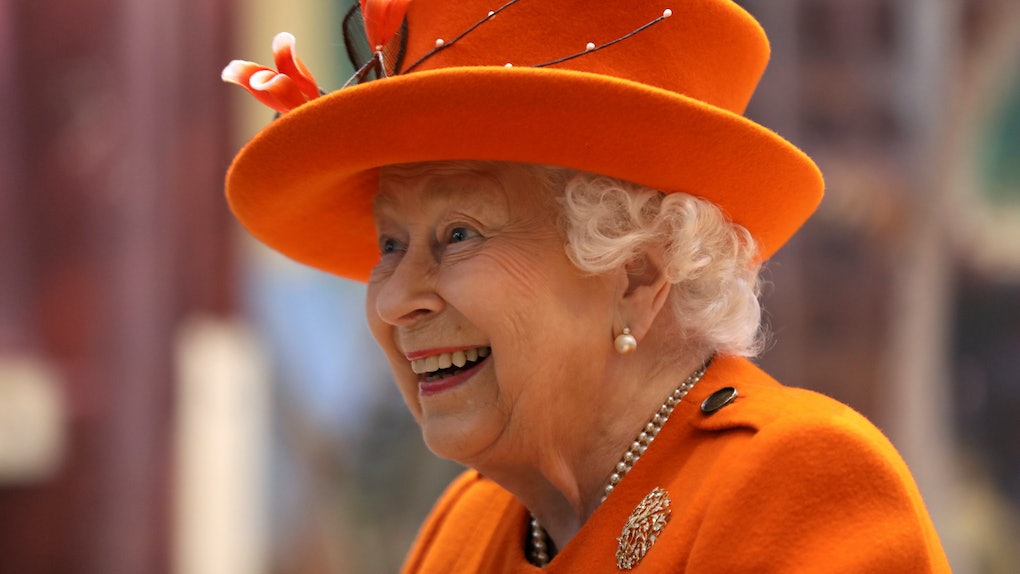 Queen Elizabeth's First Instagram Is A Historic Handwritten Letter That's So, So Pure

There's some iconic news going on in the royal family today, and for once, I'm not here to talk about Prince William, Kate, Prince Harry, or Meghan (which is slightly shocking, if I'm being honest). Today, it's time we talk about Queen Elizabeth and the fact that she's now living in her own tech-savvy world. If you're wondering what I'm talking about, then you've probably yet to see Queen Elizabeth's first Instagram. No, you didn't read that incorrectly. The 92-year-old royal matriarch took to social media for the very first time for the purest of reasons, and you're going to be entranced by her story.

Rather than posting a Boomerang of her toasting mimosas with her besties or filtering the hell out of a selfie, Queen Elizabeth posted two images of a letter that was sent to Queen Victoria's husband, Prince Albert, who is Queen Elizabeth's great-great-grandfather.

You still with me? Good. Let's continue.

She took to the 'Gram on Thursday, March 7, to write about her visit to the Science Museum, where she saw the letter which held some fascinating information that you're probably going to want to read about.

"Today, as I visit the Science Museum I was interested to discover a letter from the Royal Archives, written in 1843 to my great-great-grandfather Prince Albert," Queen Elizabeth began her caption, which was posted on the Royal Family Instagram account. She continued, writing,

Charles Babbage, credited as the world’s first computer pioneer, designed the ‘Difference Engine’, of which Prince Albert had the opportunity to see a prototype in July 1843. In the letter, Babbage told Queen Victoria and Prince Albert about his invention the ‘Analytical Engine’ upon which the first computer programmes were created by Ada Lovelace, a daughter of Lord Byron. Today, I had the pleasure of learning about children’s computer coding initiatives and it seems fitting to me that I publish this Instagram post, at the Science Museum which has long championed technology, innovation and inspired the next generation of inventors.

She then signed the letter, "Elizabeth R."

Um, can someone say legendary?!

Check out the photo that the queen posted below, which will fill you with awe and inspiration. It also may fill you with envy if you're the kind of person who can't write beautiful cursive, but maybe that's just me:

For anyone who is only now realizing that the Queen's signature was signed "Elizabeth R.," when her full name is Elizabeth Alexandra Mary Windsor, let me be the first to congratulate you on your eagle-eye attention to detail.

The "R" actually stands for Regina, which apparently means "queen." In other news, I will now be signing all of my handwritten letters with an "R." And, because my last name actually already starts with an "R," people will assume I'm just writing my last name, but I'll have the knowledge that I'm really writing "Karen queen," and I think that's really beautiful.

And for those doubting that Queen Elizabeth, at her 92 years of age, did not just have the spontaneous desire to share this gorgeous letter with the world on her favorite app in the whole wide world, well... you are absolutely right.

Shortly after the photo was shared, an accompanying video was posted to the Royal family's Instagram revealing that while the Queen did click "post," it was only after someone had loaded up the photo onto Instagram for her. All she had to do was remove her royal glove and click "post."

So, does this mean that Queen Elizabeth is going to start posting to the Royal Family's Instagram Story or start liking photos showing up on its newsfeed? Probably not, but this is the queen we're talking about, and she can basically do whatever she wants. Let's all just stay tuned, shall we?