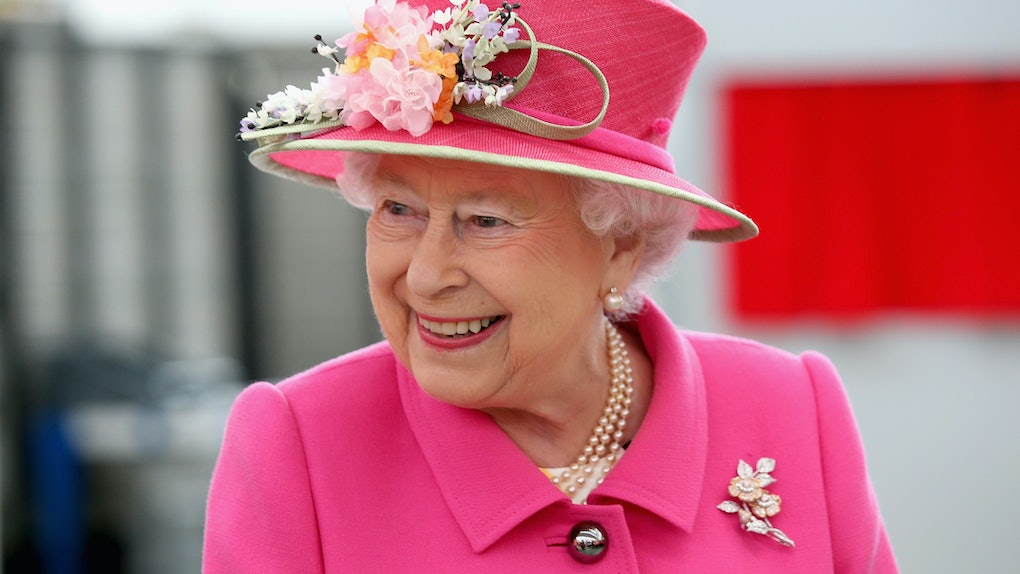 The late Prince Philip was put to rest during an intimate, family-only ceremony at Windsor Castle on April 17. Living to be 99 years old, the Duke passed just months before his centennial birthday. However, his special day wasn’t the only royal birthday around the corner. While Philip was born on June 10, Queen Elizabeth II was born on April 21. It’s sweet that the iconic husband and wife duo shared spring birthdays — but royal family fans might be disappointed to hear that Queen Elizabeth’s 95th birthday plans are looking quite different from previous celebrations.

The Queen usually celebrates her birthday twice a year — and not gonna lie, I’m pretty jealous. On April 21, Elizabeth would enjoy her special day out of the public eye, while “the occasion is marked publicly by gun salutes in central London at midday,” according to the official Royal family website. Then, the monarchy typically celebrated the Queen’s “official” birthday on the second Saturday in June — completed with the famous Trooping the Colour parade and the Queen making an appearance on the Buckingham Palace balcony. In previous years, Elizabeth and other royals often shared new portraits in celebration of their birthday, too.

But there will be no parade nor gun salute this year. People reports that no royal portraits will be released, either. The Queen’s birthday falls just weeks after her husband’s death on April 9, so it’s unsurprising she’s still mourning Philip rather than planning a birthday bash. However, everyone deserves a little something special on their birthday, and she will probably have a private lunch with close family this year, according to The Telegraph. (And rumors are circulating via Page Six that Prince Harry may even stay in the UK for his grandmother’s birthday.)

This is the second year in a row that the Queen’s birthday schedule was adjusted in light of dismal current events. Last year, the parade and gun salute were both canceled due to COVID-19 restrictions. But despite the pandemic and Philip’s passing, turning 95 years old is a major accomplishment — so here’s to the Queen savoring her big day on Wednesday.