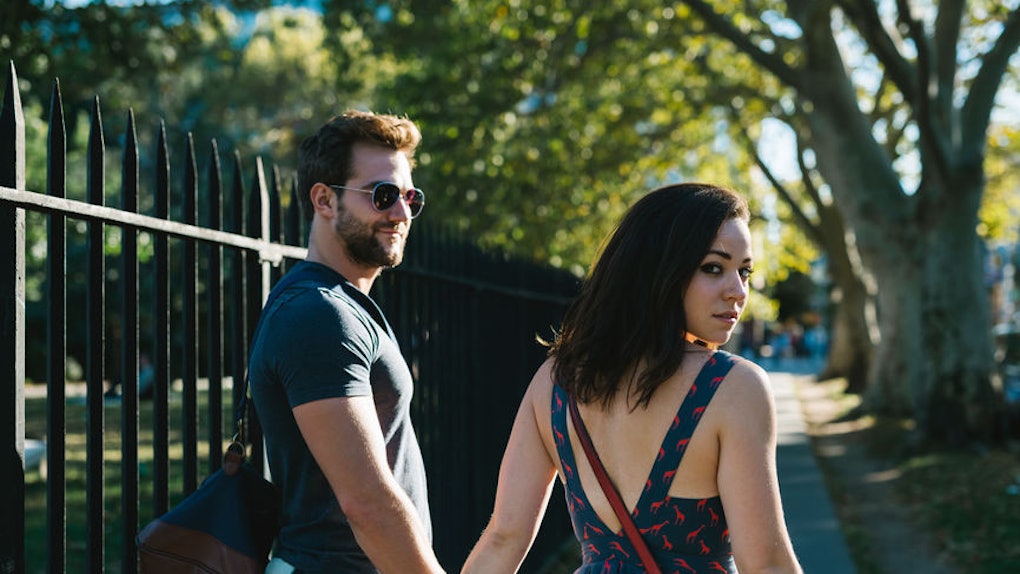 OK, I know dating can suck sometimes, but Priya Alika Elias' tweets about dating are here to make you feel more understood than ever. Let me paint you a little picture here of someone we've all dated at some point. You know the one. The one who maybe graces you with one response to every three texts you send. And that response is usually just "ha." The one who never follows up after the two of you hang out IRL. The one who only invites you to hang out at midnight on a Saturday. The one who does just enough to keep you on the hook without exerting virtually any effort at all on their end. The one who never makes any effort to get to know your friends or introduce you to theirs. The one who has made it absolutely clear from the start that they're not looking for anything "serious" with you.

And the worst part of it all? It can be tough to avoid this person's appeal. Maybe they're an emotionally unavailable robot, but maybe they look really cute when they laugh. Maybe they ditched you last Friday night, but you still get excited when your phone lights up with a text from them. You might not want to admit it, but maybe you hope you can be the one who changes them for good.

Well, one Twitter user, Priya Alika Elias (@priya_ebooks on Twitter), has come to the root of why some men seem to be so into women who don't give them the time of day. Her conclusion? They're uncomfortable with women who treat them nicely — at least in the early stages of dating.

She elaborated on her theory in a series of pretty much the most relatable tweets ever, starting off with this:

By "nice," she means following up on a date with a sweet text like, "hey, i was just thinking of you because i saw this article. btw, last night was so fun! can't wait to see you again."

Here are a few other examples:

So... why do dudes hate kindness so much? Well, @priya_ebooks believes that "in their idiotic, underdeveloped brains," dudes read acts of kindness from women they're dating as "she's trying to marry me" and freak out. I think any woman who's been dumped by a dude she didn't even realize she was dating can attest to this. Dudes are convinced every woman they're dating is just absolutely positively obsessed with them.

Instead of being nice, @priya_ebooks believes you have to play it cool or, in other words, be a total dingus.

Of course, this isn't new advice. We've heard it about a million and one times before. "It's not just me, it's all women who date men," she writes. "Ask us how much we manage our real emotions! how we word texts carefully, so that we don't scare you off. BECAUSE YOU ARE SO EASILY SCARED you're all running scared and i'm. Fed up."

Of course, the people who are getting hurt the most by this mindset are the men who are choosing to deprive themselves of real, unadulterated love and commitment.

TBH, I think lots of women have the same issue! Myself included! Let's stop chasing unavailable losers because we're too afraid to commit to the nice people who are standing right there in front of us.