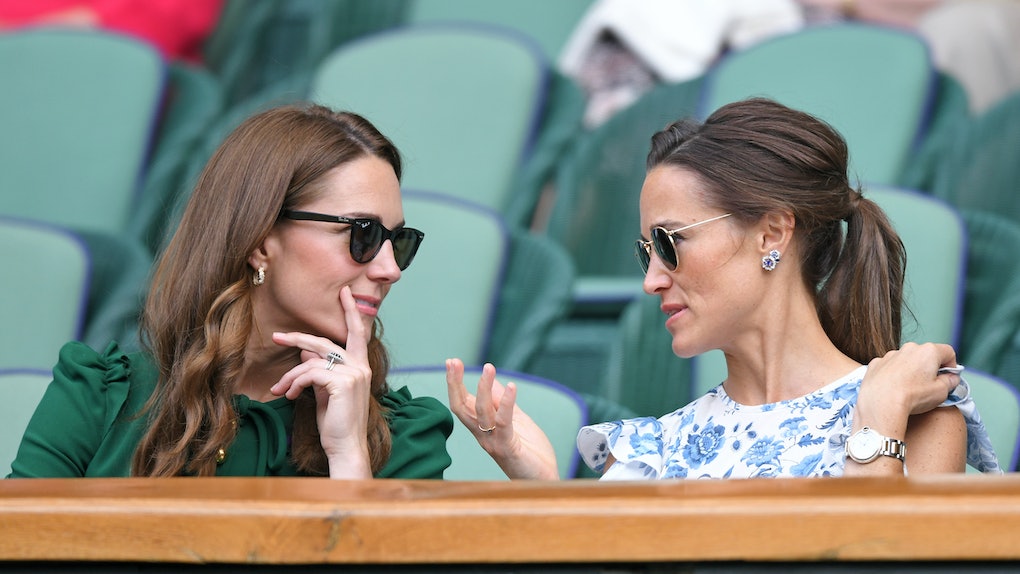 Congratulations are in order for the Middletons! Pippa Middleton's daughter's name is the sweetest tribute to her sister, the Duchess of Cambridge. Per People, Pippa and husband James Matthews welcomed their daughter Grace Elizabeth Jane on March 15. Kate's middle name is Elizabeth, her own daughter is named Charlotte Elizabeth Diana, and grandma Carole Middleton shares the same middle name, too.

(Obviously, Kate's extremely high-profile grandmother-in-law also happens to share the name, but I doubt that's what Pippa and James were going for when naming their baby.)

A source reportedly told People that both Pippa and her newborn baby are doing well following the birth. "She's perfect," the source reportedly said of Grace, who entered the world weighing six pounds and seven ounces. "Everyone is overjoyed at such a happy arrival."

While they did not note where Pippa gave birth to Grace, People did note that she reportedly welcomed her first child, a son named Arthur Michael William Matthews, into the world at the Lindo Wing of St. Mary's Hospital. That also happens to be where Kate has welcomed all three of her children.

Pippa gave birth to Arthur in October 2018. Both of his two middle names are tributes to men in her family; Michael is after her father, and William nods to her brother James (whose middle name is William) or her royal brother-in-law, Prince William.

So, yeah. Lots of family tributes going on in the Middleton-Matthews family and I'm extremely here for it.