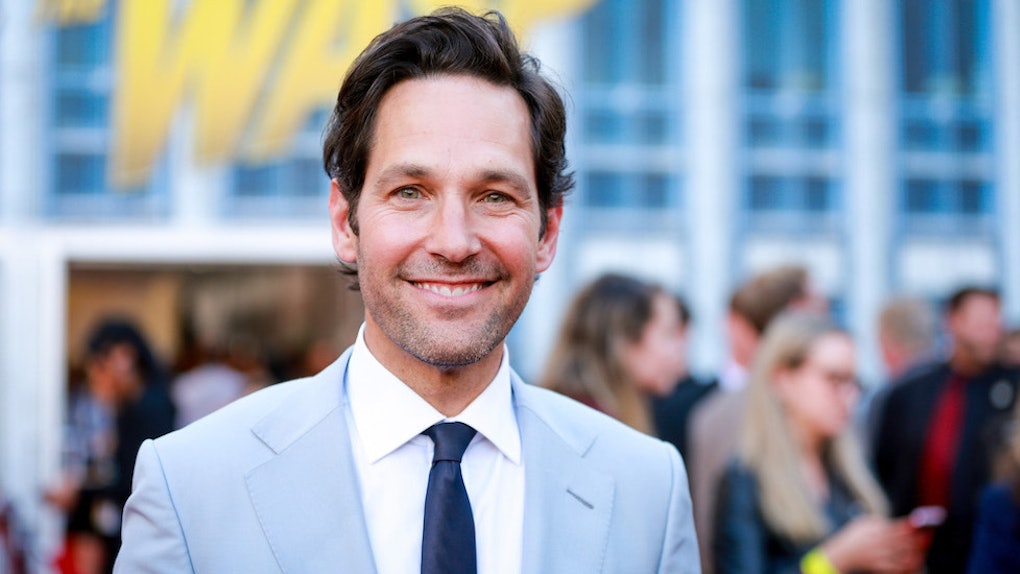 Netflix knows that the only thing better than one Paul Rudd is two Paul Rudds, and that is probably why the network's new show will star Rudd alongside... well, himself. That's right — Paul Rudd is going full Lindsay Lohan in The Parent Trap to play both lead roles in an upcoming comedy series. Paul Rudd will star in Netflix's Living With Yourself, a science fiction-influenced new comedy series that will center on Rudd's character being cloned.

From how Living With Yourself is being described, it sounds like the new series will focus largely on the philosophical ramifications of cloning and self-improvement. The show will star Paul Rudd as a down-on-his-luck man who signs up for a promising new treatment in hopes that it will help him become a better person. However, the treatment instead replaces Paul Rudd's character with a new and improved clone of himself, meant to be the combination of all of his best attributes without any of the negative ones. Apparently, this revelation makes the initial Paul Rudd character discover that his own worst enemy is himself, and he will struggle to coexist with a cloned version of himself that is meant to be scientifically better than him in every way.

Living With Yourself has been described as a "philosophical comedy" that will reportedly also have dark elements, and centers on the question "Do we really want to be better?" The show was created by Timothy Greenberg, a former executive producer for The Daily Show, and it is being directed by Jonathan Dayton and Valerie Faris, the co-directors of Little Miss Sunshine and Battle of the Sexes. Its first season will consist of eight episodes.

The casting news marks a return to television for Paul Rudd, who is best known for his film roles. Rudd has popped up in a number of popular TV comedies throughout the years, most notably recurring on Friends as Phoebe's love interest Mike Hannigan and on Parks & Recreation as the dimwitted mayoral candidate Bobby Newport. Living With Yourself will hold the distinction of being Paul Rudd's first lead role in a television series that does not include an ensemble cast. Most recently, Rudd teamed up with Netflix to reprise his role as the summer camp bad boy Andy in two series continuing the story of the 2001 spoof Wet Hot American Summer: 2015's First Day of Camp and 2017's Ten Years Later.

But to most fans, Paul Rudd is best known for his work in film. He got his start as the know-it-all older stepbrother Josh in Clueless and went on to become a mainstay in Judd Apatow's comedy movies before joining up with the Marvel Cinematic Universe as the comic-book superhero Ant-Man in 2015. He most recently starred in his MCU standalone sequel Ant-Man and the Wasp, and is set to appear next in next summer's untitled Avengers 4.

Living With Yourself promises to show fans a whole new side of Paul Rudd, though, which sounds pretty exciting. Unfortunately, it is still too early to know when the show will be released, but keep your eyes on your Netflix queue for it to pop up.

More like this
Netflix's 'The Circle' Season 3: Release Date, Cast, Trailer, & More Info
By Abby Monteil
These Tweets About Beyoncé On Netflix's 'Selena: The Series' Are Too Much
By Dylan Kickham
How Many Seasons Will Netflix's 'Shadow And Bone' Have? Here's What We Know
By Abby Monteil
Stay up to date