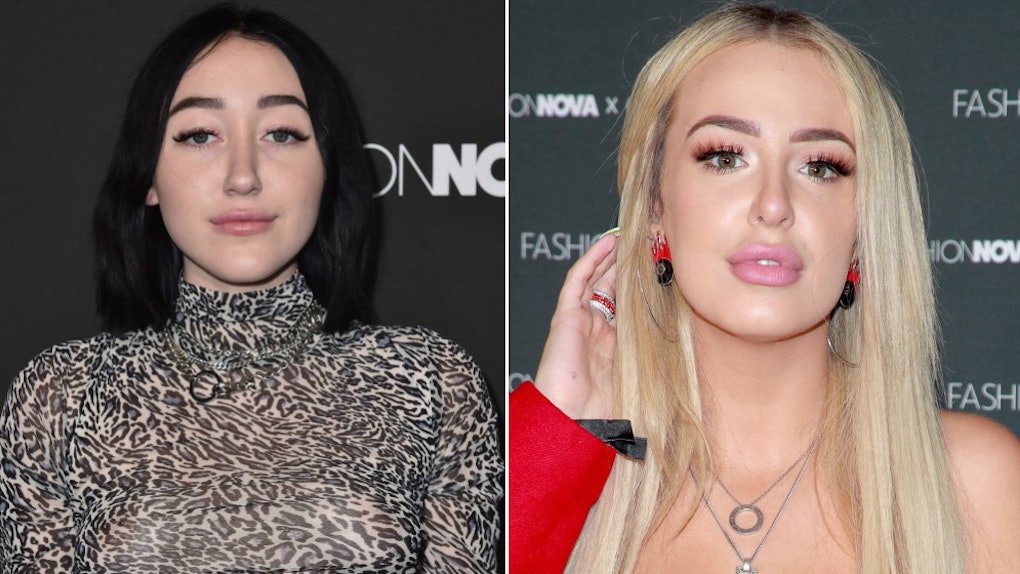 What’s the deal with Noah Cyrus and Tana Mongeau, you guys? Are they feuding right now, or is it all just tabloid fodder? It’s all nonsense if Cyrus has anything to say about it. If you’re not caught up on the drama, here’s what happened: Mongeau made a 40-minute video claiming that Cyrus totally hates her. She detailed the whole situation and when Cyrus got wind of it, she definitely had something to say. Noah Cyrus’ response to Tana Mongeau saying she hates her really sets an example.

To give you some background info, let’s talk about what Mongeau actually said about Cyrus. In her 40-minute video, which you can watch here, Mongeau claims that Cyrus hates her because of her dating history with Lil Xan. As you may recall, Cyrus dated Lil Xan briefly in 2018 before the two split. In any case, Mongeau was convinced that Cyrus hated her because they both dated the rapper.

“I hear from a bunch of other people that [Noah] just, like, hates me,” she said in the video. “It hurt. It still hurts.”

Then, Mongeau recounted the time she attended the 2018 MTV Video Music Awards and had a super awkward encounter with Lil Xan and Cyrus.

“I turn to see Lil Xan beelining toward me,” Mongeau explained. “And I see, out of my peripheral [vision], a very, very unhappy Noah Cyrus walking up to us. And I’m standing there… and she looks at me and it’s just this awkward-ass silence… She just looks so f*cking unhappy that she even had to, like, walk up to us … [Noah] looks at me up and down and goes, ‘Nice to meet you,’ … and just, like, shoulder-checks my ass.”

So, that’s one side of the story. And if it’s to be believed, then yikes. But on the flip side, Cyrus had a few words for Mongeau and they were surprisingly positive and mature.

“Lol this is hilarious,” Cyrus tweeted in response to the video. “I deff dont hate you and for sure turned the opposite direction of you no shoulder check. lets hangout and talk about how bitchy girls are to other girls @tanamongeau dm me 👅👅👅”

Mongeau responded in kind with, “Omg. wow. love u. love this. wow. girls sticking together.”

What a sweet exchange! And it just goes to show that one side doesn’t always tell the whole story. I love that Cyrus took the time to respond and explain that she didn’t hate Mongeau after all. I’m sure that made Mongeau feel just a little bit better after spending months thinking and hearing that Cyrus disliked her.

All in all, this whole situation turned out for the best and it’s nice to see celebs taking the high road rather than hashing things out in a negative way. And who knows, maybe Cyrus and Mongeau will actually get together and share their thoughts on how to support each other and other women. Whatever happens behind the scenes, though, at least they kept things cool.

More like this
How Bahari Became Instant BFFs After Starting Out In Different Parts Of The World
By Kaitlin Cubria
I Tried Singing While Running Like Miley Cyrus & OMG, My Lungs
By Rachel Varina
Which Album Will Taylor Swift Re-Release Next? Her Hints Have Fans Shaking
By Brandy Robidoux
Stay up to date