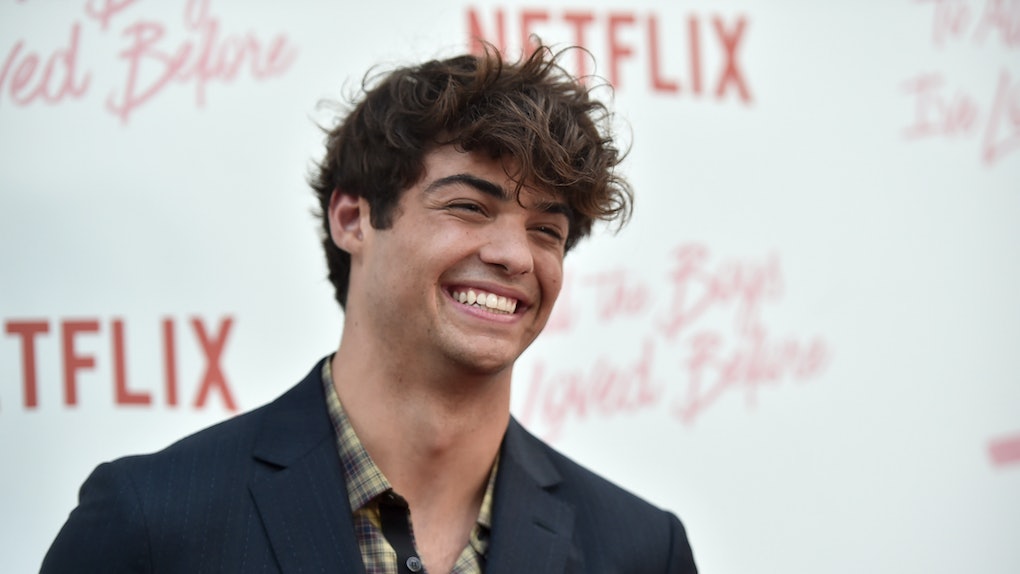 It's the end of an era for To All the Boys I've Loved Before fans. While fans have to wait until next February to see Peter Kavinsky and Lara Jean reunite on screen for the second installment of the trilogy, which is titled To All the Boys 2: P.S. I Still Love You, the actors who brought the beloved characters to life are already moving on from the rom-com roles. It's always a bittersweet thing to come to terms with, and Noah Centineo's tweet saying goodbye to Peter Kavinsky has fans seriously in their feelings.

If you were a fan of the Netflix teen romantic comedy, which first came out back in Aug. 2018, you've probably been keeping an eye for news of the upcoming sequel. Considering that the first film, which centered on Lara Jean's private love letters to her crushes suddenly becoming public and the ramifications of that, was a hit with the streaming service, fans weren't surprised when Netflix revealed on Thursday, Aug. 15 that not only was a second To All The Boys set for release on Feb. 12, 2020, but that they'd already begun filming their third and final film in the series. Yep — fans can also be pumped for To All The Boys: Always and Forever Lara Jean, which Netflix confirmed had already entered production.

Just days later, Noah Centineo — who played Jean's love interest in the film, Peter Kavinsky — seemed to confirm that filming for the third film had already wrapped up by the morning of Saturday, Aug. 17, as he bid goodbye to his character in an emotional tweet.

"Tonight was my last night as Peter Kavinsky," he wrote. "I hope you all love these last installments as much as we do. Forever grateful for the opportunity to be yours. Thank you Lana, thank you Michael, Thank you Matt, Thank you Netflix, grateful to every person who told this story with us."

Considering that the film inspired a legion of fans (according to Deadline, Netflix said that half of all viewers who watched To All the Boys watched it at least a second time) and Centineo, who quickly achieved "internet's boyfriend" status, was a big part of that, people are not OK with this news and are taking to social media to say "whoa, whoa, whoa, say what?" While the actor has since starred in a number of other films, including Netflix originals The Perfect Date, Sierra Burgess Is A Loser, and Swiped, he'll always be Lara Jean's love interest to OG fans.

It's understandably a lot to take in, but one small consolation is that while Centineo is saying goodbye to his character, we can move forward knowing that Peter Kavinsky will live on forever on our TV screens and we still have so much more of his story to see when To All the Boys 2: P.S. I Still Love You and To All The Boys: Always and Forever Lara Jean come to Netflix in the next few years.

More like this
20 'To All The Boys' Kitty Quotes To Pair With All Your Sassy Selfies
By Marisa Casciano
Is Netflix Making A 'To All The Boys' Spinoff Series About Kitty? Here's The Tea
By Rachel Varina
8 Disney-Themed Charcuterie Board Ideas To Add Some Pixie Dust To Your Movie Night
By Rachel Chapman
Stay up to date