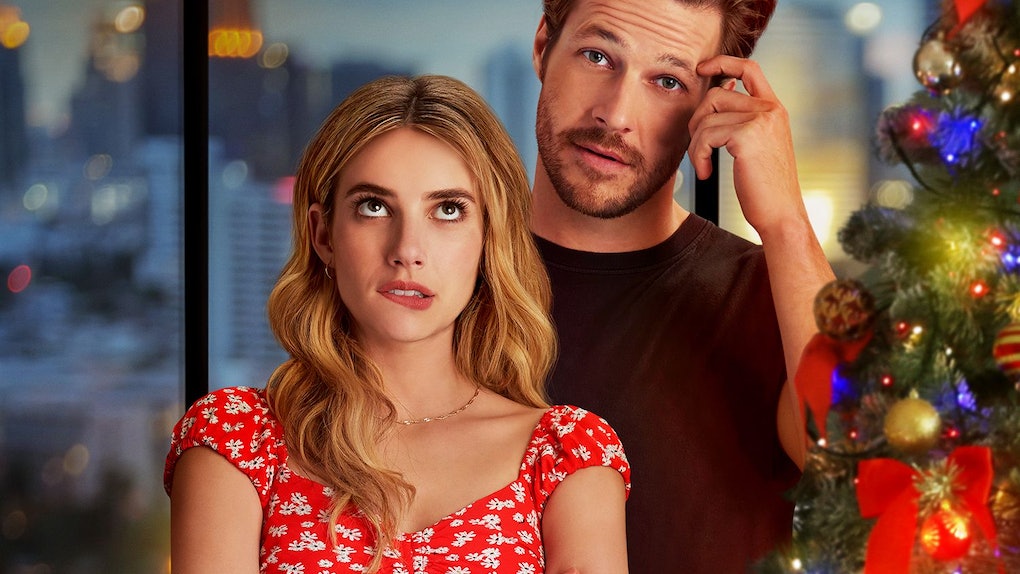 "Christmas Creep" is a known phenomenon, in which stores start decorating with snow and trees before the back-to-school sales are over. Well, on TV and streaming, it's the "Holiday Sneak," as channels start promoting films set around the holidays earlier and earlier. Some embrace it wholeheartedly, like Lifetime and Hallmark. Now, Netflix, which once kept its holiday fare strictly on the far side of the Thanksgiving line, has joined in the fun. The streamer's newest holiday-themed movie, Holidate, combines two popular genres: the Christmas movie and the rom-com, and Netflix's Holidate trailer promises these are two flavors that taste great together when it arrives at the end of October.

The concept behind the word "holidate" comes straight out of romantic comedy territory. Two perpetually single people are trying to figure out how not to find themselves the third wheel (or fifth, or seventh, or eleventh) at the big holiday family gathering. So, they make a deal with each other: I'll be your plus one if you'll be mine. Unfortunately, as much as such a plan sounds good on paper, human hearts don't work that way, and hijinks inevitably ensue.

Check out the trailer, in which Emma Roberts (American Horror Story) and Luke Bracey (Little Fires Everywhere) attempt to put the idea into practice.

Sloane and Jackson hate the holidays. They constantly find themselves single, sitting at the kids table, or stuck with awkward dates. But when these two strangers meet one particularly bad Christmas, they make a pact to be each other’s “holidate” for every festive occasion throughout the next year. With a mutual disdain for the holidays, and assuring themselves that they have no romantic interest in the other, they make the perfect team. However, as a year of absurd celebrations come to an end, Sloane and Jackson find that sharing everything they hate may just prove to be something they unexpectedly love.

Holidate kicks off an entire slate of holiday films arriving on Netflix for 2020, including sequels like The Christmas Chronicles 2, and new movies like Jingle Jangle: A Christmas Journey starring Keegan-Michael Key. Plus, the real star of the holidays, Dolly Parton, will also grace Netflix this year with her film, Dolly Parton's Christmas on the Square.

More like this
Is Netflix Making A 'To All The Boys' Spinoff Series About Kitty? Here's The Tea
By Rachel Varina
10 Rainy Day Movies To Watch On Netflix That Are Perfect To Pass The Time
By Kristen Perrone and Lexi Williams
Netflix's 'The Circle' Season 2: Release Date, Cast, Trailer, & More Info
By Ani Bundel
Stay up to date