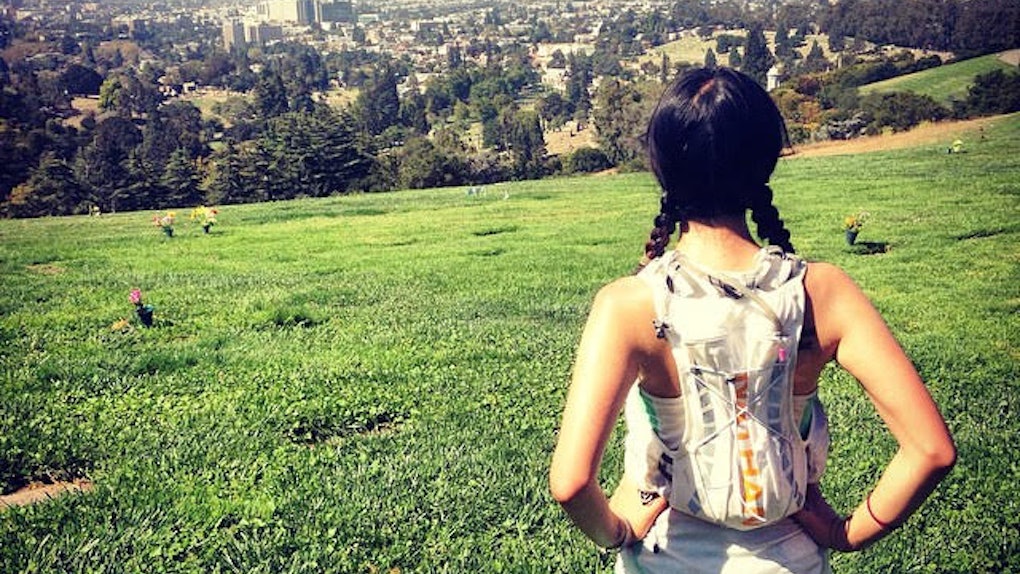 My Therapist Sexually Assaulted Me & I Sued Him To Get Justice

Between the court documents, the legal papers, the news articles written about the incident, his story is out there, but it isn't the full truth. My story has never been told until now. It’s unthinkable, unbearable, and it actually happened: My therapist sexually assaulted me, a fact that’s taken me 13 years to reconcile.

Lost in the midst of my junior year at college, under relentless academic pressure, my life started to unravel. I ate less than a meal a day, didn't sleep for days on end, and had no clue how to make sense of the childhood violence I'd endured at the hands of my father.

When my weight plummeted to 85 pounds, a doctor at the university's student health center stepped in. Days later, I sat in front of their therapist. I watched him furrow his thick eyebrows, twirl his wedding ring, adjust the bow tie I would grow to hate, and flatly ask, "What brings you here?"

"You know why! I had no choice!" I wanted to yell. The campus doctor had threatened to pause my studies and send me to an inpatient eating disorder treatment facility unless I participated in the on-campus recovery program, of which this therapist was a provider.

I was to see him once a week for an hour at a time. In sessions, he would peel away at my layers — anxiety, distrust, a need for control — until what was left was a vulnerable, insecure, lonely 20-year-old fumbling her way into young adulthood. It left me raw. By the time summer break arrived, my emotions were a mess of cords I was desperate to untangle. So when my therapist, in the interest of preserving the progress we'd made, suggested continuing our sessions in his office off-campus, I eagerly accepted.

He offered a semblance of stability I so longed for — plus, in the eight months I had known him, I had learned to trust him implicitly. For once, I had someone in my life I felt I could confess anything to, knowing he would keep me safe and keep my best interests at heart. Even more, it seemed I’d developed feelings for him. I trusted he would know what to do with that.

It was with this confidence in trust that I, at the end of a session in early November, told him I had a crush on him.

"Why did you tell me that?" he asked. He stood up and adjusted his slacks. My heart rate spiked. My eyes followed his every move as he walked over to the couch and sat silently next to me. I froze, uncertain.

He kissed me, interrupting the stream of questions swirling in my head. Dazed and disoriented, my brain grabbed onto the idea that this must be love. It was still a week before he would tell me that he loved me, but then and there, I had already decided I must love him. This was what people in love did, after all — profess their feelings, escalate.

Spinning a story of love was also how I could force myself to keep trusting him, something I badly needed, especially when, deep within me, was the inkling this wasn’t right. It flickered when, after the kiss, he complimented my body and insinuated that this was my “plan” all along, that I knew what I do to him, how to make him desire me, and again when he pulled my dress off and ran his hands all over my bare skin. I gazed into the distance and willed the feeling away until it was over, until I got dressed and walked home alone in the dark.

Days later, when he told me that sex with him would help cure my problems, I wanted — and compelled myself — to believe him. Deeper and deeper, I buried the confusion, disgust, and desire to flee under all the respect, admiration, and trust that I could muster.

He would feed me tidbits of information about his personal life — his problems in the bedroom with his wife, his children's latest accomplishments in gymnastics and choir, the Tai Chi he was practicing. It was like I was dying of thirst, parched, and each little tidbit was a drop of water — I lapped it all up, greedily, drunk on feeling special and “chosen,” compared to his other patients. I couldn't get enough of that feeling; it helped me to ignore everything else.

He kept calling every few days for weeks to arrange for trysts in the woods, my backyard, my room, his office. The more times it happened, the easier it became to hide my ambivalence and the harder it became to end things.

The week of Thanksgiving, I had a check-up with the university doctor who had first referred him to me. He asked how therapy was going. I told him I didn’t want to see my therapist anymore. He asked, “Why not?” I hesitated, then blurted out, “I… haveacrushonhim.” He chuckled and rolled his eyes, but agreed to refer me to a new therapist if I talked to my current one first.

When I told my therapist I wanted to take the doctor's referral, he seemed troubled. He said it was a bad idea, that no other therapist could help me as much as he could, or know me as well as he did. I tried to believe him, to ignore how trapped and helpless I felt, to cling to how special I still felt in his care at times.

A few weeks later, his wife found out. I don't know how, but he called me, despondent. I was shocked, terrified — she could put an end to this. I was happy, elated — she could put an end to this! My mood shifted when he told me she felt sorry for me, called me young and naïve, and threatened divorce if he didn't end our affair. Our affair. She had reduced all his manipulation, exploitation, and abuse of power down to a single “affair.” From there, she gave him an ultimatum and consequently, gave me my freedom. Or so I thought.

Just days before Christmas, he stopped by my apartment to give me a book. He let himself into my room, and in response to my objections, started kissing me. I instinctively jerked away, but he persisted, grabbing at my jeans and shirt. I pushed him off me while he pushed me to submit, insisting I fulfill his desires as a final parting gift. Eventually I relented. I laid still, taking solace in the fact that this was the last time, that I only had to play this part once more.

In the weeks following, I (mostly) managed to stave off panic attacks every time I had to walk past the university health center, knowing he could be inside. After a particularly long and public breakdown in February, however, I reported him to the chief campus psychiatrist who then reported him to the licensing board. He was placed on leave, then promptly resigned.

I expected the panic attacks to subside with his resignation, but they didn't. I was emotionally spent, physically exhausted, still underweight, and broke — I had drained all $5,000 of my savings to pay for my therapy bills. At night, instead of sleeping, I scoured the internet looking for cases like mine, combing through disciplinary actions published by licensing boards, and finding cases where various healthcare professionals had engaged in sexual misconduct. In some, the patients had sued for their money back. That spring, I hired a lawyer to sue for my therapy bills back. In response, my now ex-therapist hired three defense lawyers.

Shortly after the initial court documents were filed, a local newspaper published the story of his misconduct online. My ex-therapist's community left comments defending him as a good, honest man who just made a mistake and didn't deserve to lose his license. Each comment stung intensely, like splinters stuck in my heart.

His lawyers hired an independent therapist who was to evaluate me for his expert witness testimony. I was certain he would recognize the power dynamics at play and understand the damage to my still-developing psyche, but it wasn’t long before that fantasy was erased by what he wrote in his report — that the rapid decline of my mental health was not caused by my ex-therapist’s boundary violation, but instead, by my turbulent childhood.

Later, that same independent therapist would help my ex-therapist reinstate his license (which he surrendered when the licensing board began their investigation after my university had reported him). In a legal document, the independent therapist claimed at the time that I was seeking help, my ex-therapist was in "a deep crisis of adjustment, feeling alienated from his own family, and lacking the skills to… control his own emotions" or "handle a needy, seductive patient." Needy. Seductive. Those words drove more splinters into my heart.

Upon graduation, I briefly moved back in with my mother. To take advantage of my living situation, my ex-therapist's lawyers subpoenaed her to testify at a pre-trial deposition where they could drill her with questions under oath, even going so far as to call her beforehand to inquire about my childhood abuse.

For my mother's sake and the sake of my own sanity, I settled my lawsuit early for much less than my lawyer had advised. The settlement meant that there would be no trial and that my ex-therapist would not get his day in court.

After the lawsuit had settled, I didn't touch the money awarded at first. I squirreled it away for the very purpose of someday seeking professional mental help again — which I eventually did at age 27, six years ago, after having lost faith in the system for so long. It's satisfying, having my former therapist pay for my current therapy bills.

Now comes the part where I declare that returning to therapy was immensely healing, that I'm fully recovered and thriving. Turns out, reality is messy. Trauma is complicated. There is a profound pain and isolation that comes from being sexually assaulted by your own therapist at a relatively young age. Healing happens in stages.