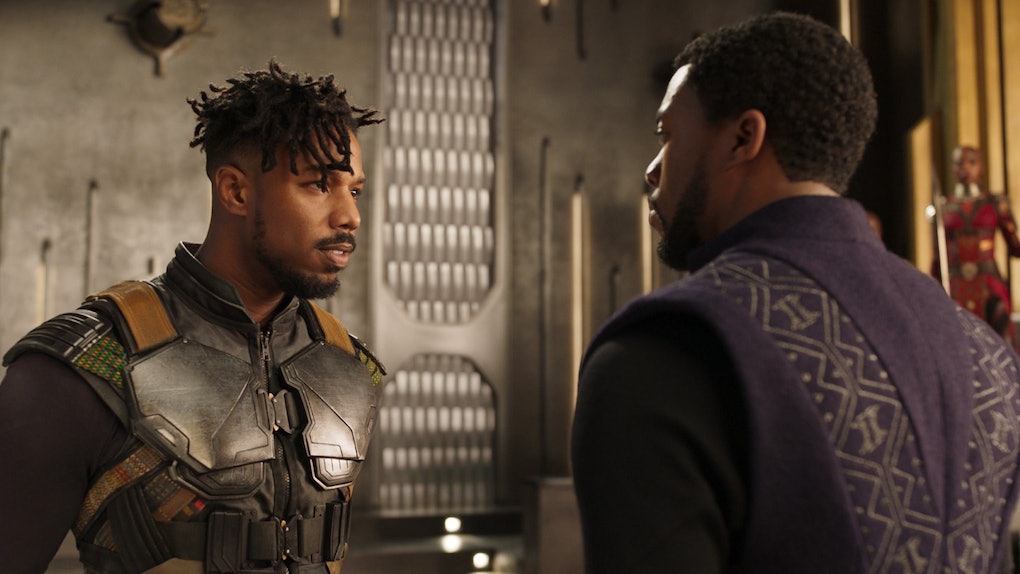 Michael B. Jordan’s Instagram About Chadwick Boseman Honors His Legacy

Chadwick Boseman's passing caught just about everyone off guard. As a celebrity whose privacy is often compromised, it was understandable he didn't make his cancer diagnosis public. But it's been a bit of a shock how few people knew. Even Ryan Coogler, the director of Black Panther, said he had no idea his lead actor was dealing with an illness for nearly all of the film's production. One of Boseman's closest collaborators, Michael B. Jordan, has also spoken up about losing his friend and fellow actor. Of all this week's tributes, Michael B. Jordan’s Instagram about Chadwick Boseman is one of the most heartbreaking.

Jordan and Boseman were of the same generation of actors, and in their early years, found themselves up for the same role. In 2018, during his commencement speech at his alma mater Howard University, Boseman revealed he was asked to audition for a stereotyped role in All My Children at 18. He turned it down. It was not lost on most that role eventually wound up going to Boseman's future Black Panther co-star Jordan.

This crossing of paths occurred their whole career, finally culminating in Black Panther. Though Jordan played a villain in Erik Killmonger, the nemesis of Boseman's King T'Challa, their on-screen relationship was such that audiences had a hard time rooting against him. The compassion Boseman's character showed on screen for Killmonger's anger helped audiences understand both perspectives.

As Jordan says in his Aug. 31 Instagram post commemorating Boseman, all he wishes now is that they had more time together.

The message starts off:

I’ve been trying to find the words, but nothing comes close to how I feel. I’ve been reflecting on every moment, every conversation, every laugh, every disagreement, every hug…everything... I wish we had more time.

Jordan goes on to talk about how their careers will forever be associated with each other: "One of the last times we spoke, you said we were forever linked, and now the truth of that means more to me than ever." He also regrets never getting to tell Boseman how much he loved him. "You are my big brother, but I never fully got a chance to tell you, or to truly give you your flowers while you were here. I wish we had more time."

But perhaps the most moving part of the message is that Jordan vows to carry on the legacy of the work Boseman started. One of Boseman's career aspects highlighted since his passing was his choice to play roles on-screen that exemplified the best of Black culture, and that he was aware his choices reflected on those who watched him on big screens and small. Jordan says in his closing words that he will take up that mantle:

I’m dedicating the rest of my days to live the way you did. With grace, courage, and no regrets. “Is this your king!?” Yes . he . is! Rest In Power Brother.

More like this
Zendaya's Instagram About Voicing 'Space Jam: A New Legacy's Lola Bunny Is A Throwback
By Abby Monteil
Where Is The 2021 Oscars Ceremony Being Filmed? The Location Is So Different
By Umber Bhatti
'Thor: Love & Thunder' Cast, Plot Details, Premiere Date, & More
By Ani Bundel
Stay up to date