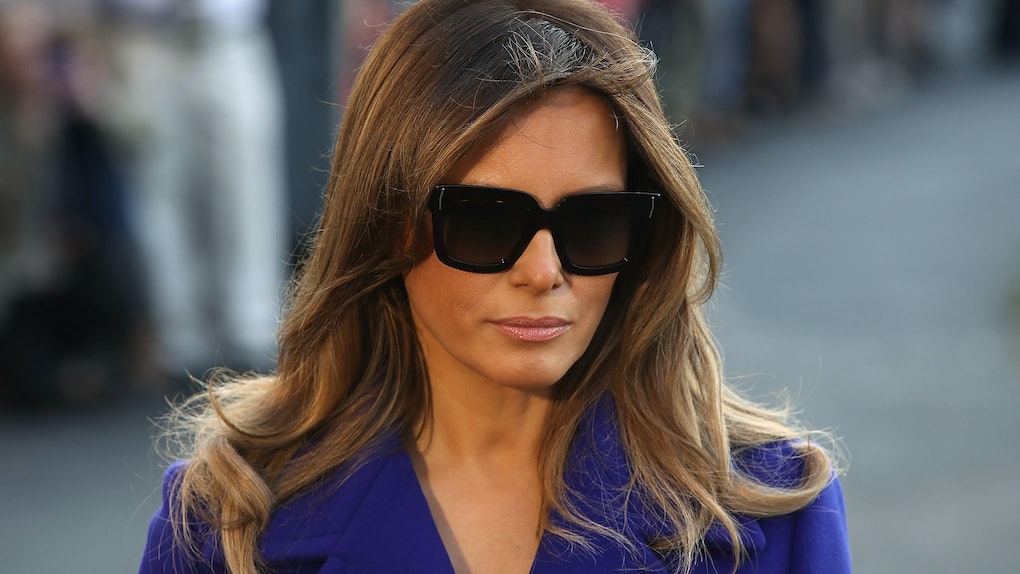 New staff, who dis? First Lady Melania Trump has been keeping herself pretty under the radar since her husband's election to say the least, but we understand following in the footsteps of former FLOTUS Michelle Obama can't be an easy task. So, in order to secure a stellar staff for her upcoming year in the White House Melania Trump has hired three new staff members, according to Politico. It appears that the first lady is finally stepping up her FLOTUS game. Better late than never right?

Trump announced on Jan. 11 that she had filled the three roles of director of policy, director of operations, and communications coordinator to her East Wing team, making this one of the largest expansions to her staff thus far. The White House released a public statement on Jan. 11 on behalf of Trump, detailing her excitement for the new hires.

In the statement, Trump said,

I am very excited to add these quality professionals to my already stellar team. Each person filling their respective and vital role has shown true professionalism in their chosen career, and I am confident they will enhance my work on behalf of children everywhere, while helping me further expand my role as First Lady of the United States.

Former staffer for the National Security Council Reagan Thompson will fill the role of Melania Trump's director of policy, which according to the White House will oversee Trump's "policies and initiatives." The first lady also selected former Trump campaign staffer Justin Caporale as her director of operations, and former White House press secretary assistant Annie LeHardy as her communications coordinator.

The new hires may mean that Trump is looking to move forward with her proposed agenda as first lady. First ladies traditionally use their platform to advocate for social causes, such as Michelle Obama's "Let's Move" campaign against childhood obesity, or Laura Bush's "Ready to Read, Ready to Learn." On the campaign trail, Trump said that her cause as FLOTUS would be bullying — but since then, we haven't heard too much on the subject. Bringing in some new faces could be an indication that she's ready to change that.

Because since her husband, Donald Trump, took office, Trump's staff in the East Wing of the White House has remained unusually small. As of the White House's annual personnel report to Congress in June 2017, Melania Trump only listed four people on her current staff. However, Trump's Director of Communications Stephanie Grisham told Fox News in October 2017 there were nine staff members.

Even with these recent additions, the current first lady's staff still remains significantly smaller than that of her predecessor Michelle Obama's first year in office. Former FLOTUS Obama listed 16 staffers as a part of her team, despite some White House administrators claiming the number was closer to 24. Factcheck.org reported that if the number was 24, it would be the largest in first lady history.

A report from Fox News compared the staff salaries between first lady Trump and former first lady Obama. According to Fox, Trump's current employees add up to less than $487,000 total, compared to Obama's $1.24m.

Grisham told Fox News via email in 2017 that the lean staff is a deliberate decision made by the White House. Grisham said,

As with all things that [Melania Trump] does, she is being very deliberate in her hiring, focusing on quality over quantity. It is important to her that the team is a good fit for what she wants to accomplish as first lady, and that everyone works well together. She also wants to be mindful and responsible when it comes to taxpayer money.

It's clear first lady Trump is dancing to the beat of her own presidential drum. Who knows what she has in store for 2018. Maybe it'll come in a little blue box again.