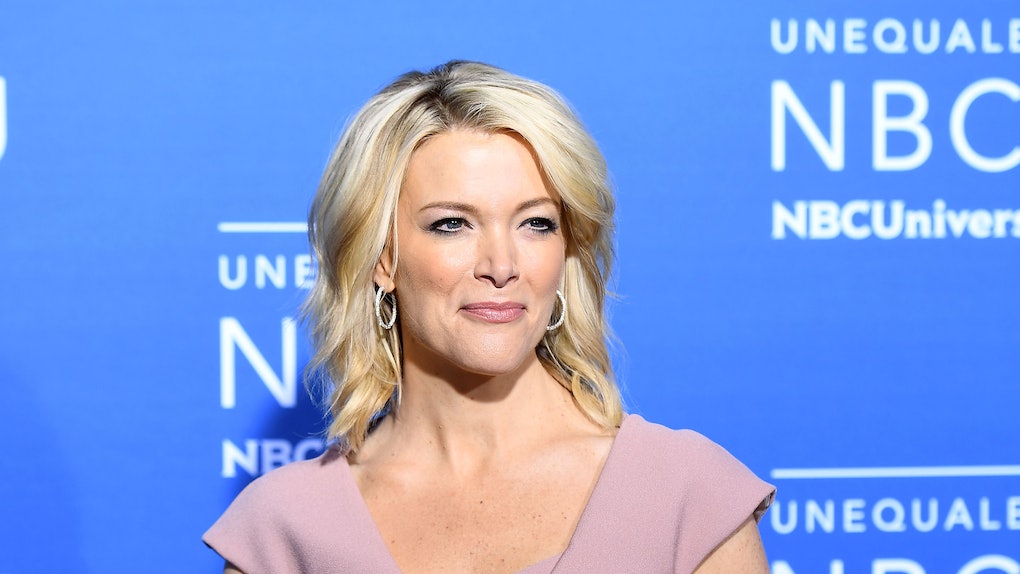 Megyn Kelly told all on NBC's Megyn Kelly Today, as she responded to Bill O'Reilly's comment on sexual harassment allegations. O'Reilly, who said in a statement that no woman had complained in 20 years at Fox News to human resources or legal about sexual harassment, was refuted when Kelly alleged, "I complained." The New York Times reported on Oct. 21 that 21st Century Fox had renewed and extended O'Reilly's contract months after he reached a $32 million sexual harassment settlement with network analyst Lis Wiehl. O'Reilly dismissed the report, calling them "lies and smears."

O'Reilly's suggestion that no one ever complained about his behavior is false. I know because I complained.

She went on in detail about the complaint, saying "it was November 2016, the day my memoir was released." She mentioned that her memoir included a chapter, which she claimed the Murdochs knew and had approved (Rupert Murdoch is the acting CEO of Fox News), about the sexual harassment allegations and Roger Ailes. She explained that O'Reilly had been on CBS News that same morning and was asked about her book and about the Ailes allegations.

Kelly then revealed a thread of emails she had sent to the co-presidents of Fox News, Jack Abernethy and Bill Shine, that day. She explained that the email was, "never made public, but I am sharing now because I think it speaks volumes about powerful men and the road blocks one can face in taking them on."

The email to the co-presidents reads:

Perhaps he [O'Reilly] didn't realize the kind of message his criticism sends to young women across this country about how men continue to view the issue of speaking out about sexual harassment. Perhaps he didn't realize his exact attitude of shaming women into shutting the hell up about harassment on grounds that it will disgrace the company is in part how Fox News got into the decade-long Ailes mess to begin with. Perhaps it's his own history of harassment of women which has, as you both know, resulted in payouts to more than one woman, including recently, that blinded him to the folly of saying anything other than, 'I am just so sorry for the women who never should have had to go through that.'

Kelly went on to call out co-president Shine, alleging that he had agreed to "deal with O'Reilly," and "by 8pm O'Reilly had apparently been dealt with, and by that I mean, he was permitted with management's advance notice and blessing to go on the air and attack the company's harassment victims yet again." Shine was forced out of the company in May.

Kelly is referring to O'Reilly's public announcement on Fox News on Nov. 15, where he called out Kelly in no uncertain terms. He claimed a person "owes allegiance to the person or company" if they are being paid off. "If you don't like what's happening in the workplace, go to human resources or leave. I've done that. And then take the action you need to take afterwards if you feel aggrieved," O'Reilly said.

Kelly also called out Fox News media relations chief Irena Briganti claiming she is "known for her vindictiveness. To this day, she pushes negative articles on certain Ailes' accusers, like the one you are looking at right now."

O'Reilly responded to Kelly's monologue by having his representative send reporters pictures of thank you notes he claims to have gotten from Kelly when they worked at Fox News. O'Reilly also blasted Kelly on Glenn Beck's radio show, saying he "helped her dramatically in her career." 21st Century Fox, Fox News' parent company, said in a statement that Briganti "is a valued colleague and she has our full support."

Despite all these allegations, Kelly says her former employer has made some a significant amount of reform in recent months. But make no mistake, she ends her appearance by making her stance on sexual harassment very clear, saying, "This must stop. The abuse of women, the shaming of them, the threatening and the retaliation, the silencing of them after the fact. It has to stop."