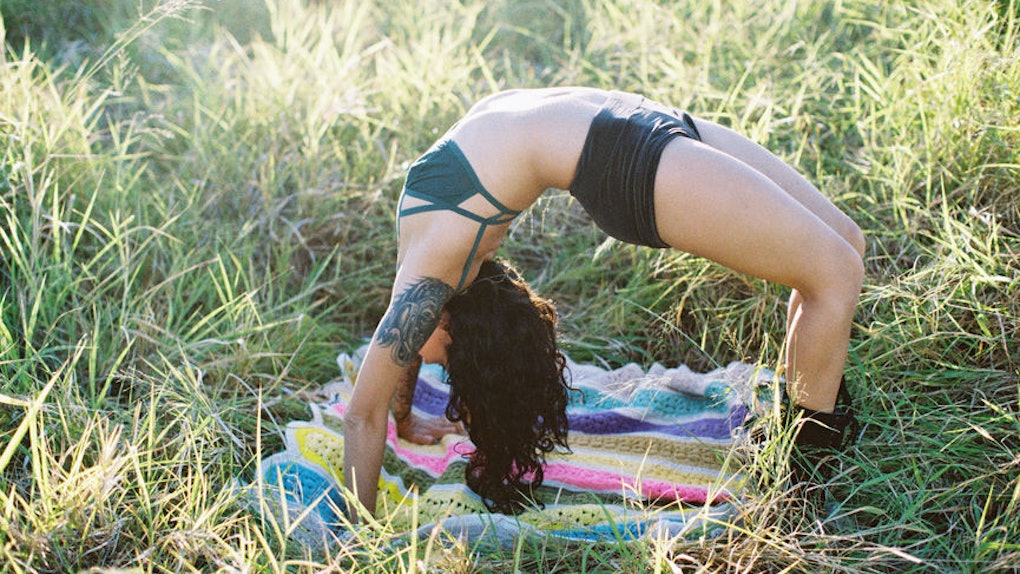 May 6, 2019 Will Be The Worst Week For These 3 Zodiac Signs, But It's All About Perspective

We're officially in the second week of May, and IDK about you, but I'm feeling totally inspired. Although I'm probably being biased, considering spring is literally my favorite season. Everything is in bloom! Things are good! Except, well, May 6, 2019 will be the worst week for these three zodiac signs, but everything is seriously all about perspective. So, Virgo, Libra, and Aquarius, even though you're in for a rough week, it's going to come down to how you look at it.

There's always a positive and a negative way to look at things, which is precisely why I say perspective is everything this week. At it's best, astrology can be used as a tool to help you see things from an entirely different point of view. It's similar to when you take a picture from one angle and then take another from the opposite angle. It's the same photo, but you're looking at it in two different ways.

Yes, three planets are retrograde right now, but instead of focusing on the "dreaded effects" you read on your social media feeds, why not look at the valid reason behind a planet's retrograde cycle?

On May 6, Mercury will join the sun and Uranus in Taurus. Mercury is the planet of communication and Taurus is a practical earth sign, so Mercury in Taurus is all about communicating with purpose and common sense. Although that might become a bit of an oxymoron with Uranus in the mix, as it's the planet of chaos, rebellion, and unexpected change. This electric transit will likely confront you with some brilliant insight and in turn, liberate you from your usual ways of thinking. Mars will also be opposing Jupiter at this time, so it's going to feel like a major confidence booster.

Virgo: You're Not Alone

Here's the deal, Virgo: Stop overthinking things. Sure, you're bored, exhausted, and overworked, but sooner than later you'll realize Taurus season is everything you never knew you needed. A mutable opposition between Mars and Jupiter this week is reminding you to look within before putting yourself out there. Truth is, you've been doing a lot of soul searching as of late, and you'll reap the benefits in due time.

Chin up, Libra. Do you feel that? The earth rumbling beneath your feet? You could be a bit scatter-brained lately, but it's only because you're going places. Lost your sense of direction? An interesting opposition between Mars and Jupiter this week will likely provide you with some much-needed clarity on where you're headed. Go with the flow. Trust that there is a divine light guiding you towards your greatness.

So much for being "the most detached," huh? Like I always tell you, life is cyclical, and your IDGAF days are long gone. So much so, that you're even making it a point to dig deep and understand yourself more. Kudos on that, Aquarius! What makes you happy? A mutable opposition between Mars and Jupiter this week will likely provide you with enough courage to put your dreams into motion. It's time you start taking advantage of your genius genes. Get to it!