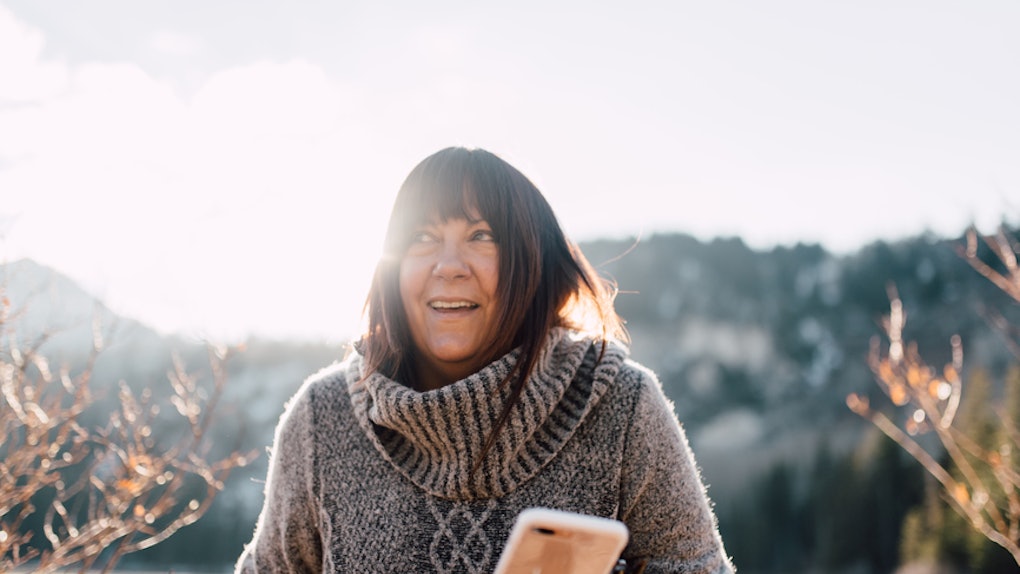 My mom and I are very close. I mean, I tell her everything. That being said, there are certain things that don't quite fall under the umbrella of "everything." You know what I mean. There are just a few things your mom would be better off not knowing, like your sexual preferences, for example. As you can imagine, things get a little tricky when you're used to telling your mom everything, and occasionally, something you don't quite want her to know slips, as it did for one guy. Maison Vallance sent his mom a scandalous pic by accident, and now, he knows firsthand what accidentally telling — or in this case, showing — your mom too much is like.

It all started when 22-year-old Maison's mom was looking for his burgundy-colored t-shirt she had gotten him, according to BuzzFeed News. Maison didn't want his mom stressing about finding the shirt, so when he found it, he decided to ease her concerns by sending her a picture of it. But he didn't send her just any picture of the t-shirt. He sent her a picture of his girlfriend, Meghan, looking cute as ever lying in bed and holding the shirt.

In fact, he thought Meghan looked so cute that he decided to post the adorable picture on Twitter, with the caption, "I took this picture to let my Momma know I found the shirt she got me, but Meghan is too pretty not to post It."

At first glance, it's just a cute picture of his girlfriend holding a t-shirt. No big deal, right? I mean, look for yourself.

But, if you look just a little closer, you might notice something is a little off about the pic. Do you see it? OK, well, if you didn't catch the, um, potentially scandalous detail in the pic, look at what's hanging from Maison's headboard: Bright red ropes are hanging behind Meghan — ropes with loops for... yeah. Granted, Maison hasn't explicitly said what the ropes are for. But still.

Maison himself didn't even realize what happened until his friend Brooke Tussey responded to his tweet, saying, "I'm going to regret this as soon as I ask, but the ropes.....?"

Then, clearly, it clicked in Maison's head. He literally sent that photo TO HIS MOTHER.

So how did Maison respond to being called out? Well, he played it pretty cool actually. He said, quite simply, that they were using the rope "for constraining purposes."

And for those of you wondering how to try a little of... whatever it is Maison and girlfriend are into, don't worry, Maison has got plenty of tips for you. In response to one inquisitive dude asking, "Where did you get the ropes and how much $$? Asking for a friend..." Maison responded, "Home Depot family. The hooks are $1.20 a piece and the rope was $15 for 100 feet. Cut it in 10 foot sections with 1 30 foot section."

Anyway, back to the main point here: Maison's mom.

Maison and Meghan are obviously allowed to do whatever consensual activities they want to do, and apparently, Maison is totally chill with everyone on Twitter finding out about it, but... his MOM? How did she react?

Well, luckily for Maison, he doesn't even think she noticed.

Of his relationship with his mom, Maison told BuzzFeed News, "She's very comfortable with me and I'm comfortable with her." Actually, Maison reportedly wants to tell his mom about the detail in the pics, even though she didn't notice it, and predicts her response will be something along the lines of "What the hell is wrong with you?" according to BuzzFeed News.

Here's to hoping Maison and his mom are still just as close after he tells her this.

More like this
Travis Barker's Instagram About Sex With Kourtney Kardashian Will Make You Blush
By Candice Jalili
Zac Clark & Tayshia Adams Are Wedding Planning & I’m So Pumped
By Lydia Wang
OMG, Sofia Richie & Elliot Grainge Are Reportedly “Getting Serious”
By Lydia Wang
Stay up to date