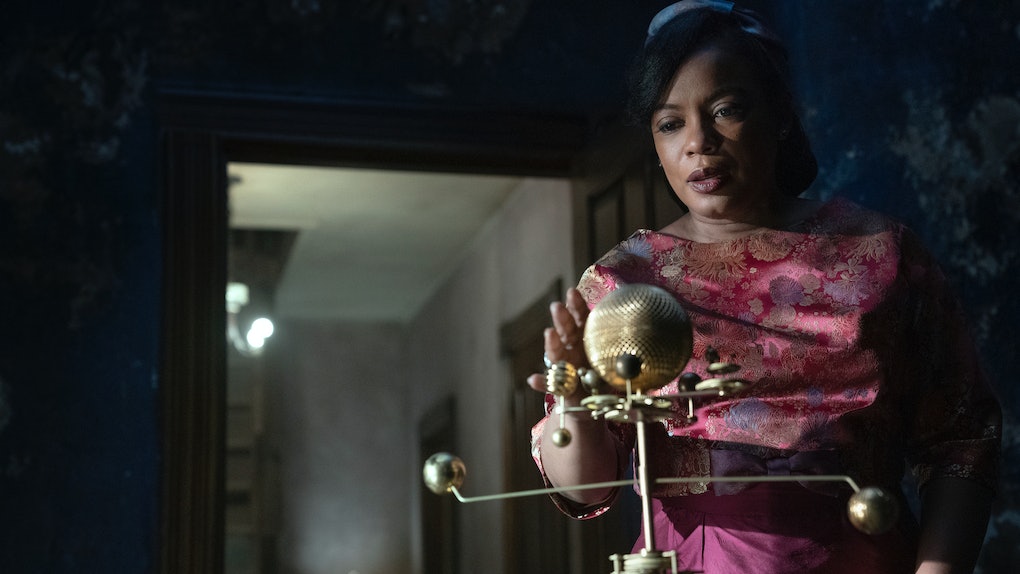 'Lovecraft Country’s Season 1, Episode 7 Promo Is All About Hippolyta

Lovecraft Country has been a little bit all over the place for the last two episodes. It's not the show's fault, for the record; the novel is less a coherent narrative than a bunch of short stories loosely tied together by interconnecting characters. But following different side characters down rabbit holes means the main plot has barely moved forward since Letitia, Tic, and Montrose accidentally took a tunnel back to Chicago, leaving Hippolyta and Diana to drive home alone. The good news is the Lovecraft Country's Season 1, Episode 7 promo promises fans will be getting back to George's widow and daughter this week. But exactly where they've gone may be more complicated than anyone assumed.

As fans will remember, Montrose spearheaded the plan to lie to Hippolyta about her husband's death, and Leti and Tic had little choice but to go along with it. But Hippolyta will eventually need to be brought into the circle of those who know the truth. For one thing, she found the Braithwhite orrery in Leti's house and took it for herself, meaning she possesses a vital piece of the puzzle. For another, leaving Hippolyta possession of the car meant Diana finding the map to Arkdam House — and her mother decided to find out what happened for herself.

But the trailer suggests Hippolyta is about to discover way more than just what happened to her husband.

Based on how the opening moments are edited, it seems like Hippolyta will reach Ardham house and discover the place burned to the ground. Whether Christina is there waiting to drip poison in her ear is unknown, but she's been right on time with turning every other character against Tic and Leti when needed, so it's possible.

But the fascinating parts aren't about Hippolyta's confrontation with Leti. It's the visions she has of the past, one set in the 1920s flapper era and the other in Roman times, with an entire phalanx of Black women as Roman centurions.

Like the previous week's "Meet Me In Daegu," Hippolyta's upcoming story is another divergence from the source material. There is a chapter in the book titled "Hippolyta Disturbs the Universe" (which technically comes before Ruby's story in "Jekyll In Hyde Park"). But she doesn't time travel in it; she instead finds a doorway that takes her to random places within the universe.

Perhaps fans will discover these places in time are just other multiverses? Either way, someone is going to regret not telling Hippolyta what's been going from the first.

Lovecraft Country airs on Sundays at 9 p.m. ET on HBO.