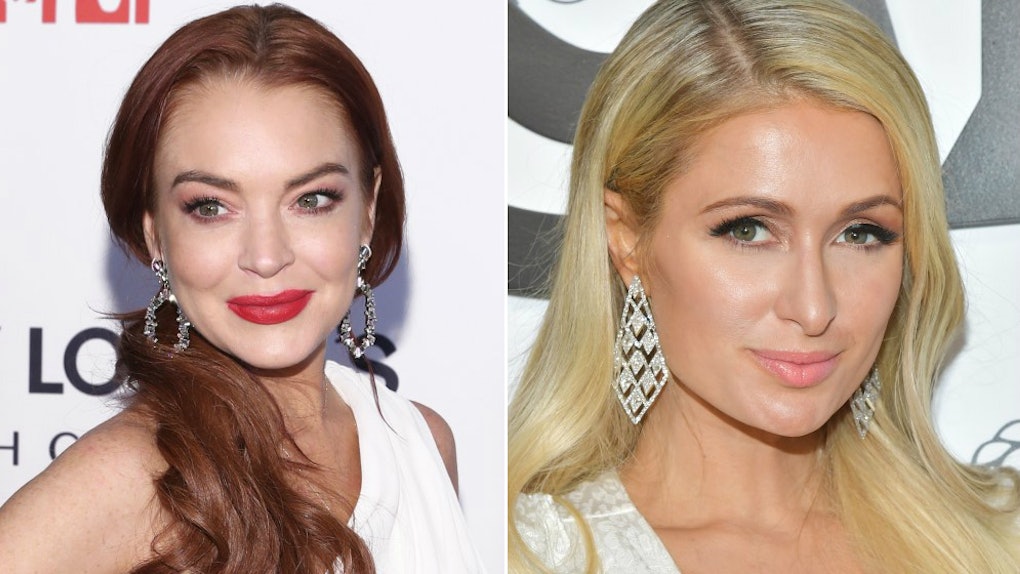 Is there a new feud brewing between Lindsay Lohan and Paris Hilton? Hopefully not, but some snide comments from both sides are making people think something’s going on. In a recent interview on Watch What Happens Live, Hilton shaded Lohan with some pretty harsh remarks, even calling her “lame” at one point. But Lohan’s rep clapped back. Lindsay Lohan’s rep’s response to Paris Hilton calling Lindsay “lame” is pretty brutal.

During an interview on Watch What Happens Live With Andy Cohen on Tuesday, May 14, Hilton said some unfortunate things about Lohan.

“She’s beyond... lame and embarrassing,” the 38-year-old reality star said. After her comments surfaced, Lohan’s reps had a few words that they shared with Us Weekly. “Obviously, Paris needs to feel relevant and is desperate for attention,” Lohan’s reps reportedly said.

Later, Hilton seemed to regret what she’d said about Lohan. During a Wednesday, May 16, interview on SiriusXM’s The Jenny McCarthy Show, she explained her comments on Watch What Happens Live.

This isn’t the first time Hilton has made comments about Lohan. Back in December 2017, Hilton appeared on MTV Australia and revealed that Lohan once crashed her girls’ night out with Britney Spears.

“It’s like Charlie’s Angels,” Hilton said while looking at a photo of herself, Spears, and Lohan during a night out in 2006. “It was just Brit and I out and then [Lindsay] just, like, chased us to the car and got in. She wasn’t invited.”

Yikes. It seems like Hilton really didn’t enjoy Lohan’s company at the time. And judging by her recent comments about Lohan, it also seems like she’s still holding onto some negative feelings.

As for Lohan, it seems she’s too busy with other things to get bogged down in all this. She’s got her reality show going for her as well as the club she owns in Mykonos. And back in January 2019, she put the record straight on all of her wild girl antics from her days hanging with Spears and Hilton.

When talking to Variety about her past mistakes and all the tabloid coverage that essentially changed her life, Lohan said it made her stronger. “I always say to people, ‘You do realize that was over 10 years ago?’ But it was definitely unfair and unjust at certain times, especially as a girl. I worked at the morgue. I’ve been through the ringer. It was horrible. But from those things, I became a lot stronger,” she said.

So, Lohan is pretty much over all that stuff from her past. Here’s hoping it stays that way.