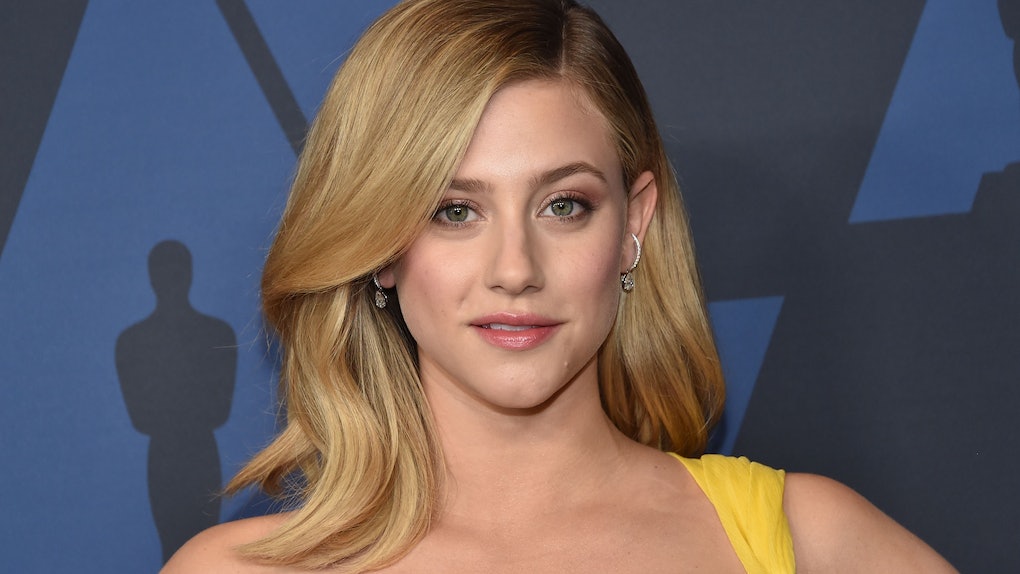 Lili Reinhart's Instagrams About Photoshopping Apps Are So Important

Lili Reinhart just went off on social media and fans should be so proud. The Riverdale actress posted a series of IG Stories in response to an ad she saw for a body-altering photo app, and people all over should take note. Lili Reinhart's Instagrams about photoshopping apps deserve a standing ovation.

After sharing a video promo that showed how the app allows users to appear thinner, Reinhart shared her thoughts in a powerful statement.

Reinhart went on to urge her followers to not use apps like this. "If you photoshop your body, you are adding to this problem," she wrote. "This is how unrealistic standards of human bodies have been created — to the point where people alter their bodies surgically to achieve unattainable results."

She continued: "We are better than this. Looking 'skinnier' in a photo on Instagram is not worth the detrimental psychological effects that these photoshopping apps have given our generation."

The actress then stated that "our bodies should not conform to 'one size fits all.'" Scroll down to read the rest of Reinhart's statement.

Reinhart is known to use her platform as a celeb to raise awareness about mental health and body dysmorphia. In fact, one day prior to her heartfelt posts about body-altering apps, she attended the TIME's red carpet event for their 100 Next list, on which she was featured for her work as a body-image advocate.

"An honor of a lifetime. Thank you so much @time for having me on your #time100next list for 2019. Never thought I’d be in the position I am in today where people respond so openly to me speaking about mental health and body acceptance," Reinhart captioned an Instagram pic from the red carpet. "Eternally grateful to everyone who has cheered me on these last few years."

Fans of the actress took to Twitter to share how much Reinhart's posts about body-altering apps helped them on their own journeys to body-acceptance.

"Just read @lilireinhart's Instagram stories about body image-eating disorder, thanks for speaking up about that! an honest perspective from you as an influencer really matter for me," one wrote.

Cheers to many more years of Reinhart using her celeb status to bring attention to matters that mean so much to her and her fans.