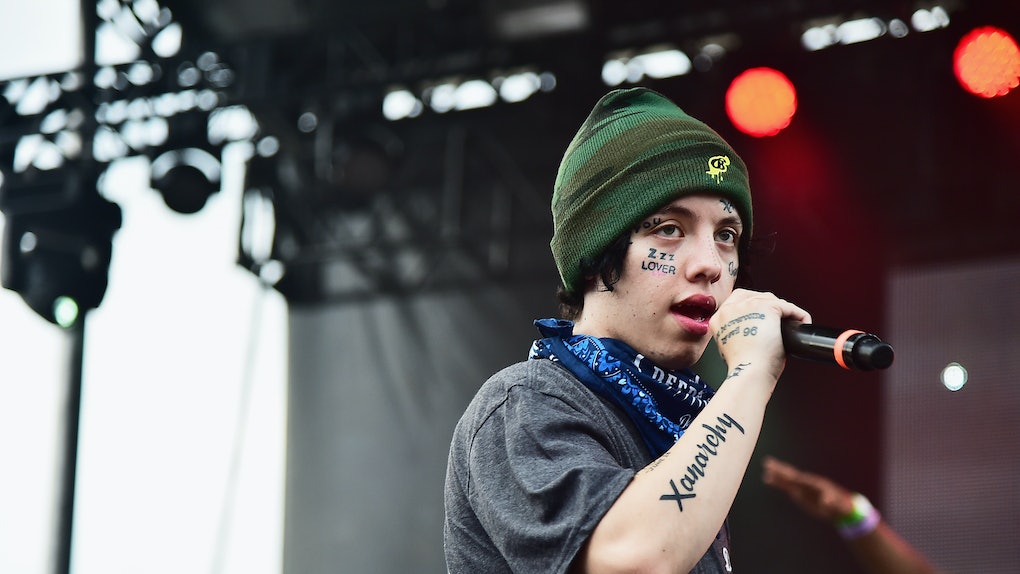 Lil Xan Is Having A Baby With His Girlfriend Annie Smith, Who May Also Be His Fiancee, FYI

Do you find yourself wondering what Lil Xan is doing on a given day? Well, if you do, then you’ll be happy to know that right now he’s probably celebrating the fact that he’s going to be a father. That’s right, Lil Xan is having a baby with his girlfriend Annie Smith! The 22-year-old rapper announced in a new Instagram post that he and Smith are expecting a baby together. And the news is definitely surprising, to say the least.

Lil Xan and Smith have been dating since at least November 2018, when she first shared a photo of herself and the rapper on her Instagram account. Lil Xan shared a very sweet photo of Smith and himself in an embrace on a balcony in Downtown Los Angeles. The Los Angeles skyline is visible in the background, which only adds to the sense of romance in the photo. Judging by the photo, it’s easy to see that the two are wild about each other and Lil Xan’s caption on the post only emphasizes that fact.

“I wanted to wait but i just can’t leave my fans in the dark,it’s official im going to be a father 😭💔,” Lil Xan wrote before telling his fans how much he loves them. “I love you guys so much and hope you stay along for this crazy journey and i’ve never felt more happy in my life💔 all of you are invited to the gender reveal party i promise !”

It’s obvious that Lil Xan is beyond excited about becoming a dad and it’s also clear that he really wants his fans to follow this new chapter of his life closely.

In the rest of Lil Xan’s caption, the rapper talks about his new album and also shares a loving message for Smith. “Cant wait to show the world everything i’ve been working on at youtube space and my official sophomore album 'BE SAFE' and to my baby my angel my sunshine @anniiesmith i love you with all my heart ❤️ thank you for saving me i love you more then words could describe 💌👼🏼💔💔💔💔💔💔💔💔💔💔,” Lil Xan wrote.

So, Lil Xan definitely has a lot going on and it sounds like it’s an exciting time in his life!

Smith also shared a photo similar to the one that Lil Xan shared and also hinted that she and the rapper might actually be engaged!

“Happy valentine’s day my love. i could go on and on about how beyond grateful and lucky i am to have you by my side in life,” she wrote. “But today to keep it simple and honest, i love you to the moon and stars, always baby. i cannot wait to call myself your wife soon♥️♥️♥️ p.s i love matching with youu.”

So, not only is Lil Xan going to be a dad, but he also might be getting married. All in all, the news of his fast-moving relationship with Smith is unexpected, especially since Lil Xan broke up with his previous girlfriend Noah Cyrus just about five months ago in September 2018. All that aside, though, it seems like Lil Xan is really happy right now in his relationship with Smith, and that's all that matters. Good luck to them both!