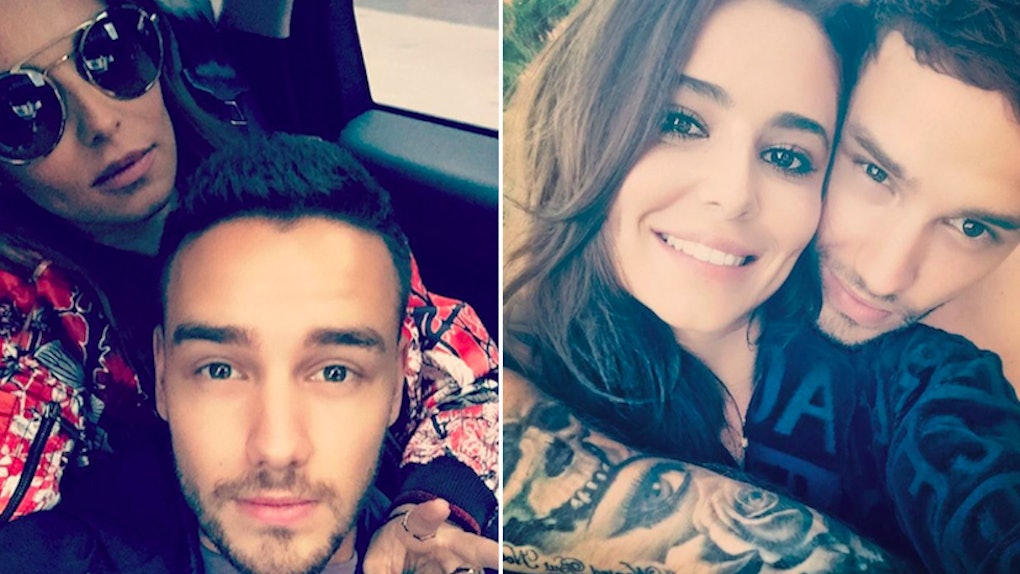 Liam Payne & Cheryl Cole's Body Language During Their Relationship Is So Telling, & Yikes

Another celebrity couple has called it quits. Are you exhausted yet? I know I am. It’s hard to keep up with all the lost love on the internet these days, especially when no one talks about what exactly happened. In the case of Liam Payne and Cheryl Cole, who broke up seemingly out of nowhere, we don’t have much to go on as to why. But what we do have is Liam Payne and Cheryl Cole’s body language, and sometimes, that can tell us more than any statement can.

I asked several body language experts to take a look at some of Liam and Cheryl’s photos to see if they could interpret any clues that might explain their sudden breakup. We may never know exactly what happened between them unless either of them offers up more details, and TBH, they don’t have to! Celebrity couples have a right to privacy and don’t really owe anyone any explanations. But their body language can offer us some not-so-obvious insight into how they were probably feeling at any given time, or their overall relationship dynamic.

In order for their body language to make sense, it’s important to backtrack and take a look at the history of their relationship. Liam and Cheryl initially met in 2008 — 10 years ago! He was just 14 years old and auditioning for X Factor, on which Cheryl, then 25, was a judge. She was also married at the time to soccer player Ashley Cole. After getting kicked off the show, Simon Cowell advised Liam to come back when he was 16, and that’s exactly what he did. Liam auditioned again in 2010, and it resulted in his joining One Direction (bless). Five years later, in December 2015, 1D performed on X Factor, and Liam (now 22 years old) and Cheryl (who was married to her second husband, restaurateur Jean-Bernard Fernandez-Versini) were reunited again. A video of them hugging after cameras stopped rolling sparked rumors of a potential romance, even though Cheryl was married to her second husband and Liam was fresh off a breakup.

Coincidentally (or maybe not so coincidentally), Cheryl filed for divorce from her husband in January 2016, and after lots of back and forth Insta-flirting, Liam changed his Insta profile pic to one of him and Cheryl in February. They made their red carpet debut in May 2016 at the Global Gift Gala in Paris, and became puppy parents together in July, but Bustle reports that rumors of them becoming actual soon-to-be parents started swirling that very same month. For context, at this point it’s been seven months since Cheryl divorced her second husband, and only six months since she and Liam made it officially ~official~.

The months following were full of speculation, until February 2017, when Cheryl reportedly moved into Liam’s home in Surrey. In March 2017, Cheryl gave birth to their baby boy, Bear. Both of the new parents posted their birth announcements on their respective Instagrams, finally confirming Cheryl’s pregnancy once and for all.

Not much else was reported about Cheryl and Liam in 2017, but it was a big year for Liam’s solo career. In May 2017, he released his first post-1D single, “Strip That Down,” followed by “Get Low” in July, and “Bedroom Floor” in October. Rumors began to swirl that their relationship was on the rocks in February 2018, when a source told The Sun, “If they didn’t have Bear then they would have most likely split up by now.” Ouch. That same month, they attended the Brit Awards together and rumors of possible engagement began to circulate after Cheryl was spotted wearing a ring on that finger. They reportedly took a vacation together in April, but on July 1, they both took to Twitter to announce they were going their separate ways.

Phew, a whirlwind! Clearly, a lot happened between these two in a short amount of time, and no one except them can say what really happened behind the scenes, but body language experts Tonya Reiman, Yana German, Traci Brown, and Blanca Cobb did have some insight into what they were possibly feeling throughout some key points in their relationship, based on their poses and photographed affection. Here’s what they had to say.

This was Liam's very first photo of him and Cheryl on Instagram. According to Reiman, the fact that Cheryl's eyes are covered makes it hard to know what she was feeling in this photo, but despite that, her body being slightly draped over his and their neutral expressions show that they're comfortable together.

German tells Elite Daily that perhaps Cheryl's desire for privacy contributed to their breakup, which is relevant, considering Liam's solo career took off the year that their son was born.

"On the other hand Cheryl is more to herself when it comes to her private life and rather not be sharing more than she is comfortable with other people," says German. "This can be a major clash in the relationship."

Again, Cheryl's sunglasses make it hard to know how she was feeling, but Reiman notices "a slight lifting of the right side of her lip."

"Quite often, when we see a lifting of the lip and cheek on one side, it is an indication of contempt — without seeing her eyes, it is impossible to say what she is experiencing," she says. "Liam, while smiling, is not offering a genuine smile, instead he is smiling for the pic. Those are the 'negatives' of the picture. On the plus side, their heads are touching which typically indicates affection and sincere warmth between the two."

This same month was when rumors of Cheryl's pregnancy began to circulate.

Reiman says their face masks show an open couple willing to share silliness. She also says that even though they're not touching, their similar outfits indicate good rapport between the two. Nevertheless, she does sense some tension.

"Yet, both of their upper eyelids are wider than usual," she says. "Typically, this is due to apprehension."

According to German, in this photo "her body seems uptight as there is a tightness in her neck muscle as their heads connect." She says it may be a sign that Cheryl "keeps herself still guarded of getting hurt." However, Reiman says the couple "still seems close" due to Liam leaning into Cheryl playfully. This was around the time that "Get Low" was released.

Cobb points out that they're touching heads in this photo again, "which is sweet, but not passionate. It could be that they aren't overly expressive in photos."

Even though this from almost a year ago, it's the second-to-last photo he ever posted of himself with Cheryl. (He posted a photo of them arriving to the Brit Awards in February 2018.)

Reiman says the two look very close. "Cheryl is smiling — posed for photo, and there is no synchronicity between facial expressions," she says. "Yet, his chin on her shoulder, their cheeks touching and his arm wrapped so high and tight around her upper body speak of a couple who have deep affection for one another."

"This photo shows some intensity of emotion," Cobb says, "which you'd expect in a couple in love."

This was the couple's last public appearance together, at the Brit Awards in London. Reiman calls this photo "strange," and points out the small space between them around the midsection. "This is where you would typically expect them to be leaning against one another," she says.

She also points out how Liam's arm is not wrapped around Cheryl's waist "as you might expect with a couple who is closely connected." Additionally, the small space between Liam's left arm and his jacket, Reiman points out, could potentially be Cheryl's arm, "which might indicate she was trying harder in this picture than he was." Perhaps at this point in their relationship, she was making more of an effort to make it work than he was. We can't know for sure.

"In addition, his left hand is in his pocket — when we see this, the automatic 'perception' (this is perceived and not always the way an individual is feeling) is that he is hiding something," she says. She also points out that even though they're looking at each other and their bodies are slightly oriented toward each other, the photo seems posed, rather than candid.

Traci Brown also notices a shift in this photo, saying that although the rest of their photos together "showed us consistency," "the only picture where she looks really happy is the most recent one!"

“With any body language — looking for dramatic shifts is the telltale [sign]," Brown tells Elite Daily. "We generally see him much more expressive and happier than her in each of the pics they posted. Then at the end — BOOM! — a total switch in energy between them."

As we already know, they announced their split five months later, on July 1, 2018. We can't know for sure what led them to break up, but based on the multiple opinions of our body language experts, it seems like there was a lot of love in their relationship, but also, considerable added tension, possible apprehension, and maybe even a little bit of contempt. Of course, a lot happened between them, including a pregnancy, a move-in, a baby, and tremendous career success, including not only Liam's singles, but Cheryl starting her own youth charity, Cheryl's Trust, to help disadvantaged young people in Northeast England, plus a brand deal with L'Oréal. This may have resulted in too much away time from each other, but perhaps it all chalks up to too much, too fast.

"Based on what I see between those two lovebirds," German says, "the relationship was too intense and [they] felt like they had to take time out for getting to know themselves.” She mentions that their relationship, "had for sure lot of hot and heavy passion but the fire could not last too long."

The end of a relationship is always sad, especially when it's one that die-hard fans were so emotionally invested in, like Liam and Cheryl. Based on their Twitter statements, they still "have love for each other as a family," so hopefully that means they're parting ways amicably! Who knows? Maybe this isn't the total end of Liam and Cheryl.