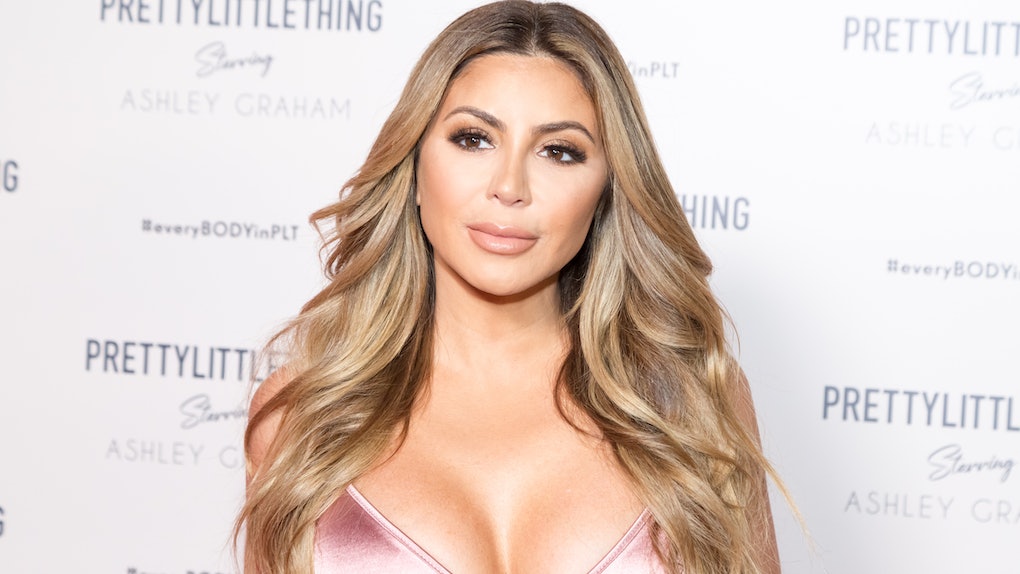 Larsa Pippen has had a busy week, and it doesn't seem she's done talking. Amid ongoing speculation surrounding where her friendships with the Kardashian sisters stand, Pippen spoke candidly about her reason for unfollowing them on Instagram during a Nov. 9 interview, which reportedly rubbed the Kardashians the wrong way. But Larsa Pippen's Instagram about "telling the truth" seems to indicate she's not remorseful for speaking out (not to mention, subtle shade toward the Kardashian family).

Pippen got a lot of attention on Nov. 9 after her interview on the the “Hollywood Raw” podcast was released. During the podcast, Pippen opened up about why she thinks Kim's husband, Kanye West, was a major factor in why the women are no longer as close as they once were. Pippen claimed West doesn't trust her, so therefore he "brainwashed" the entire KarJenner fam against her. "If Kanye feels like Kim and him are better without me, then let them be without me. I'm OK with that," she said. The Kardashians' team did not respond to Elite Daily's previous request for comment on Pippen's claims.

Beyond that, Pippen claimed she was involved with Tristan Thompson just days before he began dating Khloé. “I was kinda seeing Tristan before Khloé," she said. "Before Khloé or any of them knew he existed. I was seeing him, I had him come to L.A., I brought him to a party Kim had. I introduced him to all of them. Then a week later, or 10 days later, he started seeing Khloé. Which is fine, I don’t even care. It’s whatever. … I never cared that Khloé was with him after me."

After reports from Us Weekly surfaced on Nov. 12 saying the Kardashians were not bothered by Pippen's comments, and that they feel she only "spoke out about this now because she is craving attention," Pippen seemingly hit back.

On her IG Stories later that night, Pippen wrote: "Telling the truth isn't a crime."

While Pippen didn't disclose what "truth" she was referring to in her post, it seems pretty pointed considering all that she's had to say about the Kardashians over the past few days. The Kardashians have still yet to comment on Pippen's claims directly.