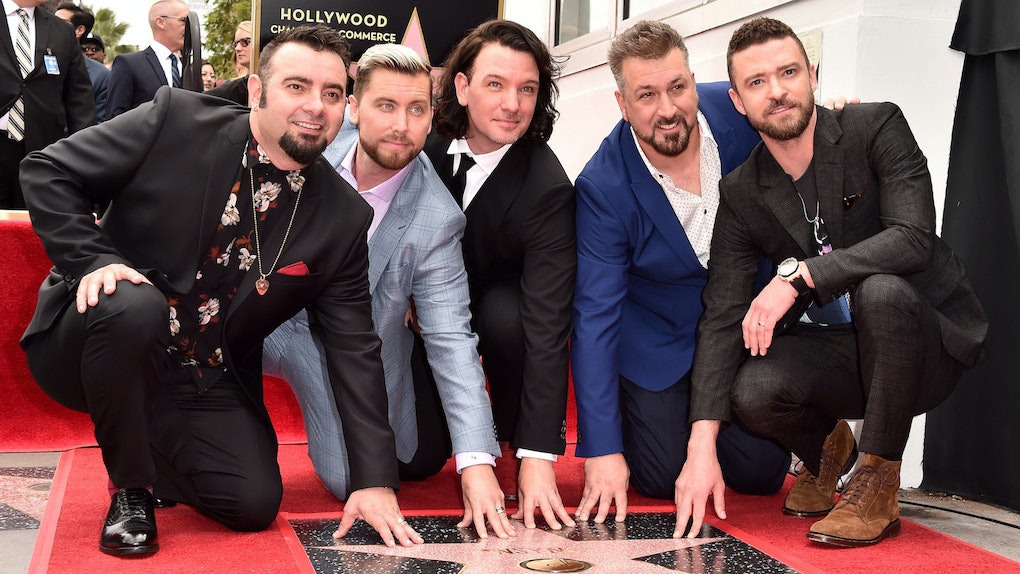 Today, due to social media, it is easy to see the extremes the pop music fans will go to in order to try to impress their favorite singers or bands. But back in the day, hardcore superfans had to pull big stunt in real life to get a celebrity's attention. And now, Lance Bass is turning one such story in a movie. Lance Bass is making a NSYNC movie that is sure to speak to all the boy band superfans of the world.

The movie is not yet titled, but Lance Bass revealed to Variety that it will be a road trip comedy inspired by a pair of NSYNC fans who won an RV on The Price is Right and used it to follow their favorite boy band around the country on what turned out to be the group's final tour.

It’s a really fun story about these girls that win a Winnebago on The Price is Right and follow us on tour — which randomly happened.

These so-called Winnebago girls went on to meet NSYNC and even achieve a bit of moderate fame among the band's fans after appearing with the group in their Winnebago on an MTV special about the tour. This was back in 2002 while NSYNC was on their Celebrity Tour, the group's fifth and final tour together. In the MTV special, Lance Bass surprised the women by revealing that NSYNC would pay off the taxes for their Winnebago. You can check out that snippet from back in 2002 below:

While it sounds like these two road-tripping fans would definitely be the focus of the movie, Lance Bass also indicated that music would play a major part in it. He did not clarify, however, whether or not NSYNC's song catalogue would be used. It seems only fitting that the movie would employ NSYNC's string of hit pop songs, though, so hopefully they do wind up as the movie's soundtrack.

The Winnebago girls were a well-documented part of NSYNC's final days as a group. NSYNC released their third studio album, Celebrity, in 2001, and it wound up being their final album. They then embarked on their Celebrity Tour in 2002, which ended in a hiatus that was not meant to be permanent. However, the boy band never reformed to release new music after that. Now, each of the five members have their own careers in music, with Justin Timberlake being the breakout megastar.

But before this road-trip comedy is released, Lance Bass is first producing a much more depressing film. His production company is behind The Boy Band Con: The Lou Pearlman Story, a documentary about fraudulent record producer Lou Pearlman. Pearlman became one of the music industries biggest names in the early 2000s as the manager of boy bands like the Backstreet Boys, NSYNC, and O-Town. But soon, his singers began to notice that they were being payed much less than him, and he was exposed as a fraudster, having also run a massive Ponzi scheme to defraud investors. Pearlman died in prison in 2016.The Boy Band Con: The Lou Pearlman Story will premiere at SXSW and then on YouTube Red.

More like this
Kristen Wiig Is Making A Musical About Cinderella's Evil Stepsisters For Disney
By Dylan Kickham
Is Netflix Making A 'To All The Boys' Spinoff Series About Kitty? Here's The Tea
By Rachel Varina
'Downton Abbey 2': Release Date, Cast, Trailer, Photos, & More
By Ani Bundel
Stay up to date