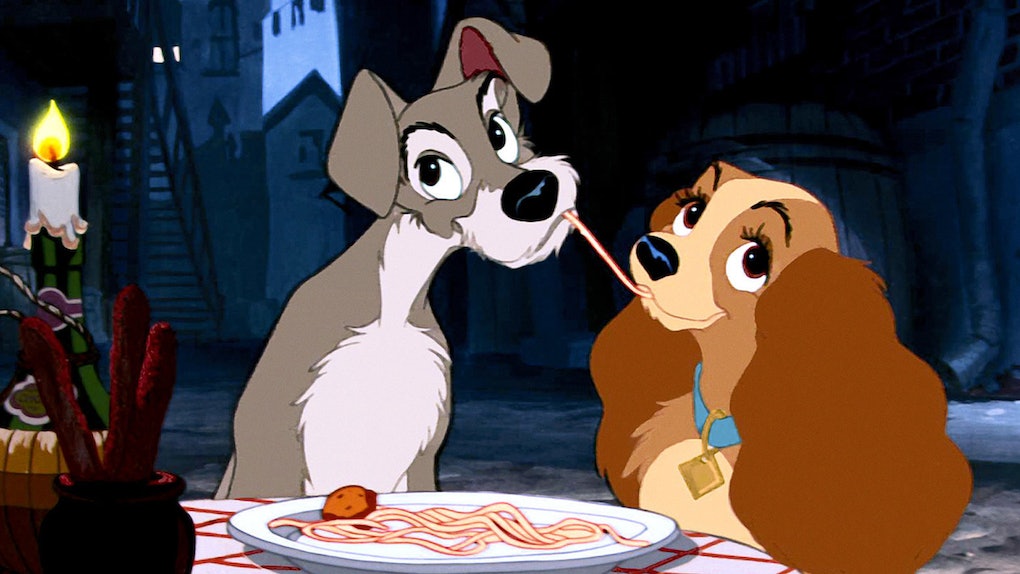 'Lady & The Tramp' Will Feature Real Dogs, So Prepare For A Cuteness Overload

When most people talk about Disney+, the conversation turns to streaming live-action series. Lucasfilm has The Mandalorian and an as-yet-unnamed Rogue One prequel series. Marvel has three "limited series" shows starring Loki, Scarlet Witch and Vision, and Winter Soldier and the Falcon, respectively. But Disney original movies are overlooked in the conversation, which will stream exclusively on the service, including a live-action remake of Lady & The Tramp starring Tessa Thompson. For those curious about the film, the team behind it is excited to let everyone know Lady & The Tramp will feature real dogs.

This is something of a point of pride. After all, The Lion King, which is also coming in 2019 with a full theatrical release, is being billed as a "live-action remake," when in fact it is nothing of the sort. The animals look real, to be sure. But no actual lions or hyenas were used in the making of the film. Instead, The Lion King is using a high-level form of CGI, known as photorealism.

Most fans don't know this, by the way. But as The Lion King's premiere date draws closer, it will probably become a point of discussion as to where one draws the line on these "live-action" movies. It's also understandable most would assume if The Lion King is photorealistic CGI, then other Disney remakes starring animals, such as Lady & The Tramp, would do the same.

But this is not the case. Speaking to Collider, Thomas Mann, who plays Lady's owner Jim Dear, revealed the entire film was shot with real animals.

I really think it’s an enhanced version of the world that you saw before. Obviously, the human characters are a little more flushed out. They’re not these passing faces that you barely get a glimpse of. You get to know them a little bit better. And also, there are real dogs. Who doesn’t want to see two real dogs kiss over a plate of spaghetti? That is the main draw for me. You get the charisma of real dogs in there. Lady and the Tramp came out in 1955. I understand people who are like, 'Don’t mess with the original,' but they aren’t re-animating it. It’s a live-action remake. So, why not?

It's not like Disney doesn't have experience making films with real animals. Since the beginning of the decade, it regularly puts out nature documentaries under the Disneynature label. And movies like Homeward Bound are classics.

The real question is if the new Lady & The Tramp movie will attempt to animate the mouths of these dogs to "speak" their lines, or if the dialogue will be overdubbed onto shots of the animals, and have audiences use imagination to fill in the rest. Chances are, with viewers not always keen on animated doggy talk, the film will opt for the latter, which is also less expensive to boot.

Lady & The Tramp does not yet have a release date, but with Disney+ slated to launch sometime in the fall of 2019, the film is probably about year away from release.