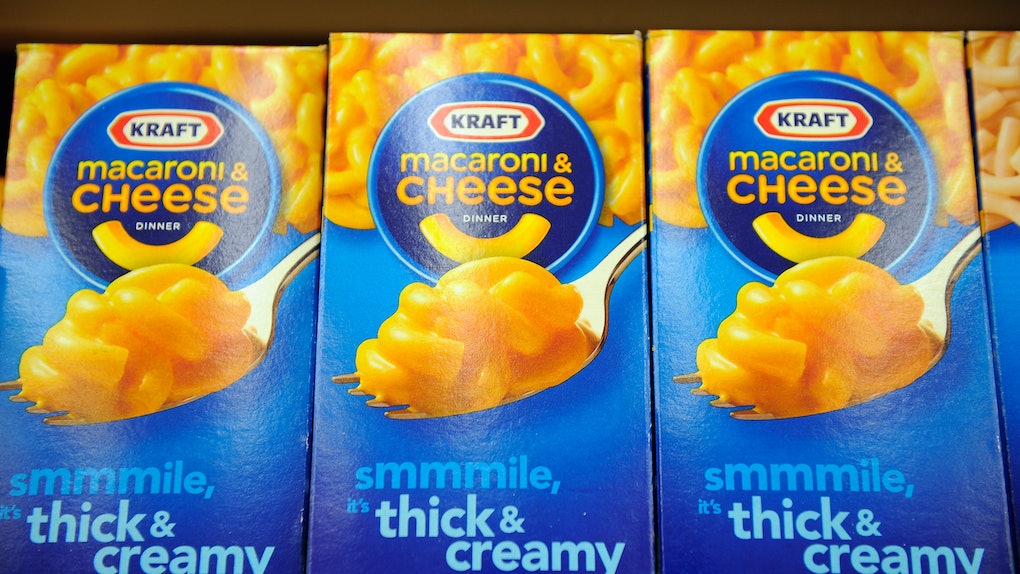 There are some debates in life that will probably never yield a definitive answer. For example, nobody will ever know if the chicken or the egg came first, or whether that recording was actually saying "laurel" or "yanny." However, in honor of National Macaroni and Cheese Day, the dairy connoisseurs at Kraft have sparked an extremely vital debate, and I'm getting so heated over it. If you haven't already gotten yourself wrapped up in Kraft Mac & Cheese's "Spoon Or Fork" Twitter poll, you probably should. It's getting everyone's knickers in a knot, and I'll definitely be judging you based on your answer. #SorryNotSorry.

If you're all about that #CheesePastaLife, then you're probably aware of the fact that National Macaroni and Cheese Day is on Saturday, July 14. To honor the single most important holiday of the year, Kraft is polling mac n cheese fans on Twitter to see if they use a spoon or a fork to scoop up their cheesy noods. Make sure to send in an answer before the morning hours of June 14, though, because the utensil that racks in the most votes will be featured on each and every one of KRAFT's signature navy blue boxes next year. So if you decide that you want to vote (which you totally should, because everybody's opinion is important), make sure to pay a visit to Kraft's Twitter page. You'll see the highly controversial tweet where you'll be able to cast your own vote. So be there, or be square.

Jennifer Healy, the head of brand building at Kraft Macaroni & Cheese, said in a press release that she noticed a lot of discussions over the years regarding the "fork or spoon" debate. So, the company decided to see if the boxes should, in fact, have a spoon on the front. Healy said she's super excited to see the end results, because in all seriousness, it looks like it's going to be a very close race.

In the release, Healy said:

For years we’ve seen people discuss their favorite ways to eat Kraft Mac & Cheese. Given Mac & Cheese is something many Americans have been eating since childhood, it’s no surprise people have very strong opinions on how to eat it. Listening to our fans discuss the merits of #TeamFORK and #TeamSPOON has been a lot of fun for us, and we are excited to see where this takes our box in the future!

Since the poll went live on July 10, it's received more than 50,000 votes... which, if you think about it, is pretty impressive. At this point in time, #TeamFORK is in the lead (because honestly, it's the only way to eat mac and cheese), so it's safe to say that #TeamSPOON probably won't be seeing its respective utensil on the box any longer. I really haven't gotten this hyped about anything since that "blue or gold" dress debacle (seriously, I know for a fact that it was blue). Anyway, get ready to see a whole new side of me. I am beyond ready for Team Fork to get a taste of that sweet, sweet victory.

I don't know you. Maybe you're the type who gets Kraft Mac & Cheese as a special treat. Or, you might actually eat it, like, three times a week (holla!). Despite your Kraft Mac & Cheese dining habits, you probably have a go-to utensil: a fork... or maybe a spoon. Regardless of your answer, I'm gonna go ahead and say that if you're using a spoon, you're doing it wrong. Anyway, may the best utensil (the fork) win.