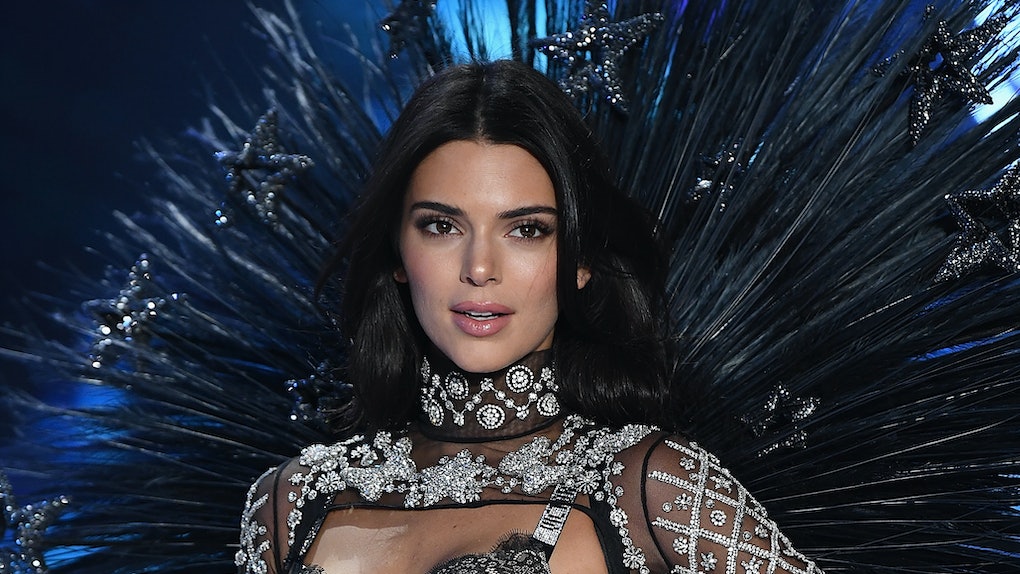 Kendall Jenner has a secret admirer and she’s sharing their love letters on social media! In a recent Instagram Story, Jenner shared a photo of her admirer’s handwritten note and believe me when I say you’ll be jealous when you read it! Given how mysterious the whole thing is, lots of fans are wondering who Kendall Jenner’s secret admirer is.

The letter itself, which was shared to Jenner’s Instagram Story on Monday, Dec. 10, is really sweet. In Jenner’s Story, the partially crumpled letter sits on a red counter top with the sender’s name blacked out. So, for Jenner’s followers, the admirer’s identity is a secret, but Jenner herself knows who it is.

In any case, the letter is full of declarations of love and I’m sure Jenner was flattered when she received it.

"Dear Kendall, We may be miles apart but my love for you grows stronger & stronger by the minute," the letter read. "My innermost feeling is of pure love for you. I will love you until death separates us. Right now this separation is killing me, but in my heart I know that nothing would come close to separating us. We are united into one forever, body & soul and I want you to know that I love you from the deepest part of my heart."

If you haven’t seen the letter Jenner shared to her Instagram Story, check it out down below:

Some are theorizing that it’s a current but mysterious love, while others are thinking it might be an ex-love like Harry Styles. There are fans out there who are even comparing Styles’ handwriting to the handwriting in the letter. What do you think? Could it actually be a letter from Styles? Compare the handwriting for yourself:

While many fans have gotten their hopes up that the letter is from Styles, who Jenner dated briefly back in 2013, other fans are certain that it’s from her recent boyfriend Ben Simmons.

And then, of course, there aresome folks on Twitter criticizing Jenner for posting the letter in the first place:

While the idea that Styles or Simmons is behind the sweet love letter, there’s also another possibility: Anwar Hadid, who Jenner has been seen getting comfortable with on a number of occasions. Back in November 2018, Hadid mused about the depth of love on Instagram, which proves he not only thinks about the things expressed in Jenner’s letter, but is also capable of writing them himself.

“I wonder if I could be loved as deeply as I love,” Hadid wrote on Instagram, according to Us Weekly. “Why are you still in my mind.”

Yep, that definitely sounds like Hadid could potentially be the person behind Jenner’s love letter. But if that’s the case, then why is Jenner sharing it with the world? Jenner and Simmons reunited in November, so Hadid’s been out of the picture since then.

With all that in mind, it’s most likely that Simmons wrote the letter since he is Jenner’s main squeeze. Whoever the author of the letter is, though, it’s a really romantic gesture and one that I’m sure anyone would appreciate!