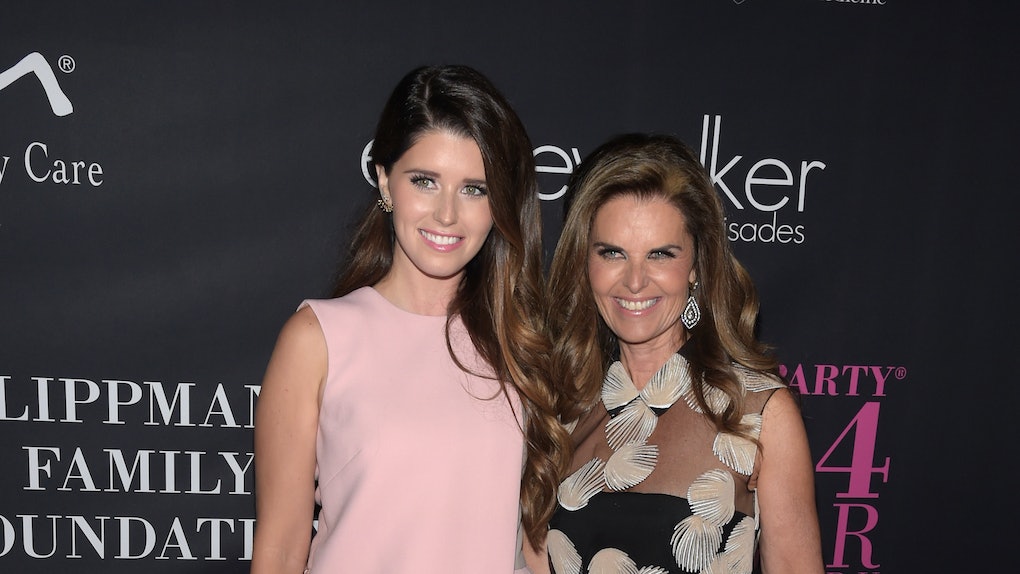 So, if Shriver was forbidden from talking about her daughter’s engagement, then what did she actually say? Well, she said what everyone already knows!

“She’s super happy — and gave me very strict instructions not to talk about it,” Shriver said. “She said, ‘It’s not your moment.’ I’m like, ‘I’m clear.’ I gave her that line! She wants to have her moment. Good luck.”

It sounds like Schwarzenegger really wants to make this particular moment a special one. And why shouldn’t she? This is clearly a really personal thing that’s still new and fresh. I don’t blame Schwarzenegger for wanting bask in it for a while before making any of her thoughts, feelings, or plans public. And good on Shriver for keeping the details of her daughter’s new engagement under wraps!

Shriver hasn’t been totally silent, though. Aside from her brief comments while appearing on Today, Shriver also commented on the Instagram post that announced the engagement in the first place.

"Congratulations to two loving, kind, caring, thoughtful, spiritual people," Shriver wrote in her Instagram comment. "We are so happy for you. You are blessed, as is everyone who knows you. Yes, let's go."

The Instagram post in question is the one Pratt himself published on Monday, Jan. 14. “Sweet Katherine, so happy you said yes! I’m thrilled to be marrying you. Proud to live boldly in faith with you. Here we go! 💍🙏♥️,” Pratt captioned the photo, which showed him embracing Schwarzenegger as she admired her engagement ring.

Schwarzenegger also shared the same photo to her Instagram page. Her caption was a bit different, but still conveyed the same amount of love and appreciation. “My sweet love. Wouldn’t want to live this life with anyone but you ♥️💍,” Schwarzenegger wrote.

Schwarzenegger and Pratt are obviously head over heels in love with each other. No wonder they want to have this moment to themselves! But that doesn’t mean they haven’t shared this moment with people close to them. Schwarzenegger and Pratt obviously shared some of their excitement with Shriver. They also shared the big news with Pratt’s ex-wife Anna Faris. Like Shriver, Faris reacted to the news in the most positive way.

"I'm so happy for you both!! Congratulations!" she wrote in an Instagram comment when the couple first shared the news.

In a Jan. 14 report from Entertainment Tonight, a source close to the situation revealed that Faris and Schwarzenegger get along really well. "Anna and Katherine have met a few times and get along and that was very important to Chris," ET’s source said. "Anna is excited for Chris and Katherine and above all is happy Chris is with someone who loves Jack like their own. The couple got engaged quick but everyone around them saw it coming. They really are a great couple that have a solid foundation. Chris had the approval of the family and everyone is excited for their union.”

So, this is an exciting union all around!