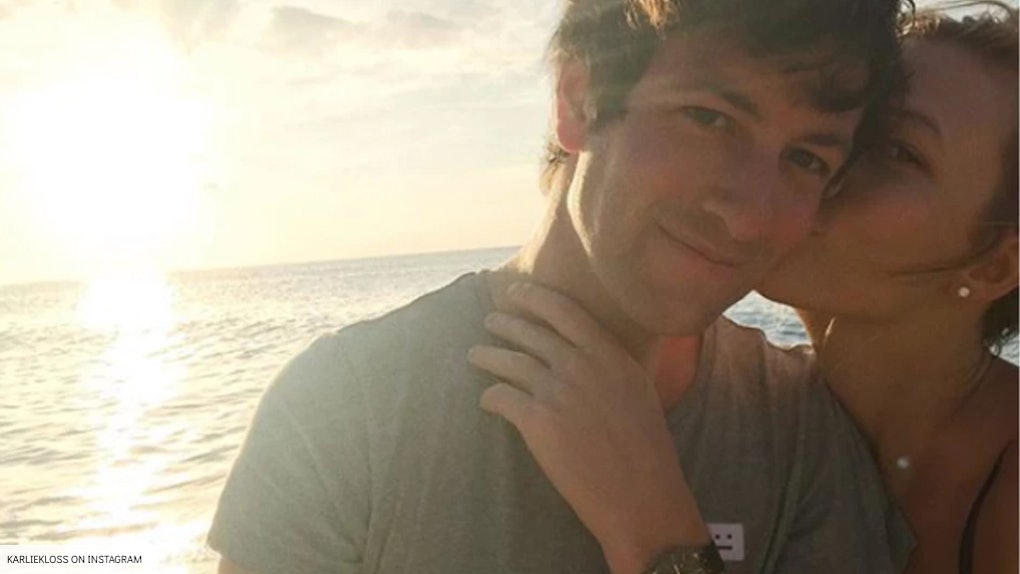 You know how the saying goes: You can't pick your family! It's been two months since Karlie Kloss publicly announced her engagement to businessman Josh Kushner (AKA White House Innovations Director Jared Kushner's brother), in a romantic Instagram post in July. Despite her fiancé's family's]political ties, Kloss has always been hesitant to comment on the subject of her relationship — until now. In a revealing interview with Vogue, October cover star Karlie Kloss says she loves Josh Kushner unconditionally, despite "complications" that inevitably come from his ties to the President Donald Trump's administration. "Josh and I share a lot of the same liberal values that guide our lives and the things we stand for,” Kloss explained. "At the end of the day, I’ve had to make decisions based on my own moral compass — forget what the public says, forget social media. I’ve chosen to be with the man I love despite the complications."

These complications may in fact refer to Jared's role in Trump's cabinet and conservative agenda, which directly contradict Kloss' liberal beliefs. Kloss publicly voiced her support for Hillary Clinton in the 2016 election, posting a photo to Instagram of the herself filling out her ballot, accompanied by a caption that read, "One of the greatest privileges we have as Americans is a voice. I’m proud to say I did my part, now it’s your turn. #ImWithHer." Additionally, her fiancé is a lifelong Democrat who has publicly advocated in support of the party, and told Esquire that as much as he loves his brother, he could not bring himself to vote for Trump.

Look, I get it. You can't pick your in-laws, no matter how famous or accomplished you are! But what about your brother-in-law's wife? When Kloss announced her engagement to Josh, Ivanka Trump was quick to congratulate the newlyweds with a considerate message. "So, so happy for you and Josh!" Ivanka commented on Kloss's Instagram announcement. "I feel blessed to have you as a sister (!!!) Karlie and look forward to the happy memories we will create together as a family!" Ivanka's message is sweet, short, and cordial — but her official role as Advisor to the President of the United States might make for awkward dinner table conversation.

Regardless of who in the newly formed family believes and represents what, Kloss made it clear that Josh will always defend her. "Josh knows that I’m just a nerdy, curious human being," Kloss told Vogue. "I think that’s why he loves me. We have each other’s back.” D'aw, how sweet!

For these two, love literally can conquer all. I couldn't be happier for the supermodel, who not only slays on the runway, but also behind the scenes as the founder of Kode With Klossy, a program that sponsors young women by teaching them how to code. With her diplomatic skills and philanthropic interests, perhaps Kloss will be the next family member to grace the White House.