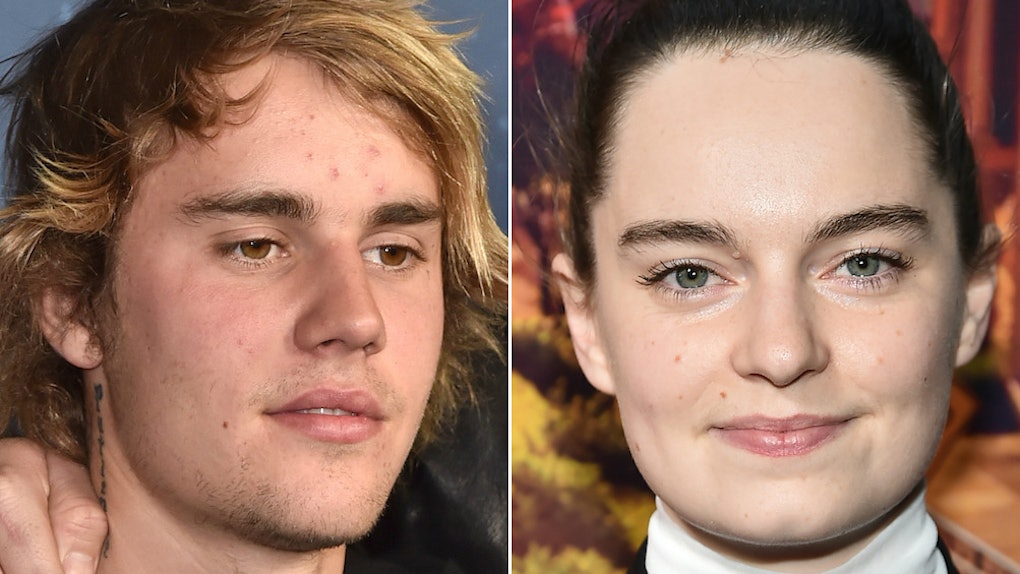 Justin Bieber is in some hot water. His Purpose World Tour was famously cut short in September 2017 when he revealed his body and mind needed a break from the intense touring life. Another employee on that tour apparently had a bad time, as she has just revealed on her Instagram story. Emma Portner, a dancer and choreographer, took to Instagram to call Bieber out for the treatment she reportedly received while working on the Purpose World Tour, and Justin Bieber's old choreographer's Instagram accusing him of degrading women is a lot to take in. Elite Daily reached out to Bieber's team for comment on Portner's accusations, but did not hear back by the time of publication.

Portner, possibly inspired by the Taylor Swift/Scooter Braun drama Bieber was involved in this week, took to Instagram to call out the singer for his reported treatment of women. Her Instagram story, which has since expired, accused Bieber of degrading women and paying unfair wages.

"I regret working under your name," Portner started off in her story. "I gave your universe my naive body, creativity, time, and effort. Twice. For content that you made millions off of. While I made zilch. Natta. Barely anything. Less than minimum wage for the hours I invested. I couldn’t afford to eat. I was sweeping studio floors to be able to practice my own craft."

To be fair, it's doubtful Bieber has much of a hand personally in how much his touring staff is paid, but if Portner's claims are true, perhaps this is a sign he should definitely get involved.

Here's where her comment about degrading women comes in. Portner accused Bieber of attending and supporting a church that doesn't support the LGBTQ community, then hiring queer people.

The way you degrade women is an abomination. You continue to collaborate with overly problematic people. You religiously go to a church that does not support the LGBTQ+ community. Your company hired an out lesbian in your music video, and to choreograph some content for your purpose world tour. How do you feel about that? A lesbian, HELPING YOU, for a disrespectful amount of money, as you attend a church that goes against my existence?

Her comments imply that Bieber himself supports homophobic people through his choice of church. Bieber has never publicly said anything negative about the LGBTQ community. In 2018, a video of Bieber surfaced that showed him talking with a queer fan who felt excluded from religion because of their sexuality. Bieber's response was supportive, telling the fan that if they wanted to attend his church, they would be welcome.

Portner, who is married to actress Ellen Page, went on to say that she hopes for Bieber's "enlightenment" and that she would purchase and send him books "that will change the way your traumatized brain thinks."

"You depend on proper guidance to move forward. I BEG that you find it," she added. "A straight white pastor/manager can’t be your only major source of world view," she said, subtly mentioning Bieber's manager, Scooter Braun.

It's not clear which pastor or what church Portner is referring to in her letter. It's possible she's referring to Carl Lentz, a senior pastor of Hillsong Church who Bieber was once publicly very close to. However, Bieber seems to have distanced himself from Hillsong and Lentz. In June 2018, Bieber clarified to TMZ that he attends City Church. While the church's exact views on sexuality are vague, in a letter from the elder board shared in March 2015, it announced officially that it welcomes LGBTQ members and would no longer continue a discriminatory practice of requiring LGBTQ members to live a life of celibacy. "We will no longer discriminate based on sexual orientation and demand lifelong celibacy as a precondition for joining," they wrote in the letter. "For all members, regardless of sexual orientation, we will continue to expect chastity in singleness until marriage."

Portner's statement continued: “I have so much to say but mostly … I really hope you educate yourself beyond your bible. You have IMMENSE power. Use it to STOP DEGRADING WOMEN. We should all be ‘checking on you’ and Chris Brown because you both need to be held accountable.”

That "checking on you" line is seemingly a reference to Bieber and Chris Brown's new collaboration, "Don't Check On Me," on Brown's new album, Indigo.

That's a lot to unpack. Bieber has not commented on Portner's accusations, but this week has proven to be a dramatic one in the entertainment industry.