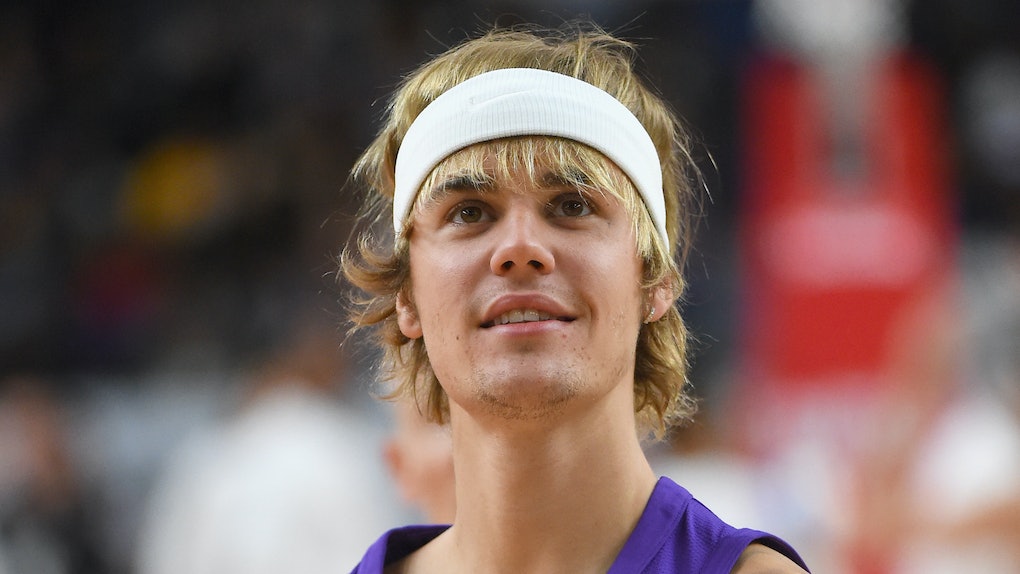 Now that all the dust surrounding Justin Bieber's insensitive April Fools Day faux-pregnancy prank has finally settled, I'd like to take a minute to point out just how well the "Sorry" singer handled the whole mess. Instead of getting all defensive at the backlash, the Biebs issued a swift, heartfelt apology to his fans on Instagram. And while it wasn't necessarily the perfect defense, it was a sincere one. The 25-year-old had no problem taking responsibility for hurting others, so well done, sir! Could this all be part of his mental health journey? Because Justin Bieber's Instagram during therapy, which he shared on his Story later that very same day, shows that the singer is embracing his decision to get the professional help he needs. And now he wants to encourage his fans to do the same.

Just a week after sharing a lengthy Instagram post on March 25, in which he revealed that his music career will take a back seat for the time being as he tries to address some of his deep-rooted issues in treatment and focus on his family, Bieber snapped a pic during his therapy session on April 3. And then he shared his belief in prioritizing mental health.

"Therapy session," he captioned a selfie that showed him wearing a black and green baseball cap with a pink hoodie. "It’s cool to have a healthy mind and emotions."

YES, Justin! It is cool to have a healthy mind, and I think it's pretty freaking amazing that Bieber is helping to break the stigma associated with mental health and going to therapy by being so open about his own journey and sharing such an important message about asking for help with his 107 million followers.

In Bieber's March 25 post, he previously explained why he made the decision to prioritize his mental health.

This is what he wrote:

So I read a lot of messages saying you want an album .. I’ve toured my whole teenage life, and early 20s, I realized and as you guys probably saw I was unhappy last tour and I don’t deserve that and you don’t deserve that, you pay money to come and have a lively energetic fun light concert and I was unable emotionally to give you that near the end of the tour. I have been looking, seeking, trial and error as most of us do, I am now very focused on repairing some of the deep rooted issues that I have as most of us have, so that I don’t fall apart, so that I can sustain my marriage and be the father I want to be. Music is very important to me but Nothing comes before my family and my health.

A-men! Addressing your mental health is so important, and having someone like Bieber — who is undoubtedly one of the biggest celebrities in the world — be so honest and open about his journey will, hopefully, inspire others to be brave enough to seek the help they need.

And there ain't nothing cooler than that!

More like this
Justin Bieber's Quote About His First Year Of Marriage To Hailey Baldwin Is Unexpected
By Corinne Sullivan
Lamar Odom's Quotes About The Kardashian Family Curse Do Not Hold Back
By Brandy Robidoux
Has Vanessa Hudgens Met Ashley Tisdale's Daughter, Jupiter? She Revealed The Details
By Michele Mendez
Stay up to date