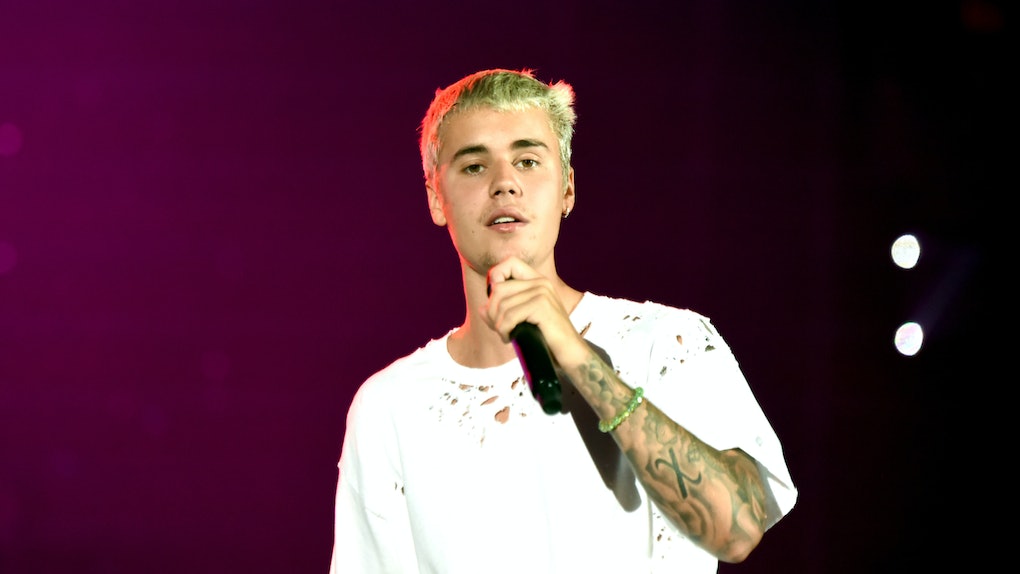 Justin Bieber is dedicated to using his pop star platform for good. Months after he first spoke out in support of the Black Lives Matter movement following the May 25 death of George Floyd at the hands of Minneapolis, Minnesota, police and other fatal racial attacks in the United States, Bieber reminded his fans on Thursday, Oct. 22, that there's more work to be done when it comes to ending racism. Justin Bieber's Instagram about why saying "All Lives Matter" is problematic needs to be read by everyone.

In June, Bieber posted a heartfelt Instagram statement that read: "I am inspired by Black culture. I have benefitted off of Black culture. My style, how I sing, dance, perform and my fashion have all been influenced by Black culture. I am committed to using my platform from this day forward to learn, to speak up about racial injustice and systemic oppression, and to identify ways to be a part of much needed change."

Since then, the singer has continually posted about systemic racism, the ongoing police brutality against Black people, and the need for change. It was on Oct. 22, when Bieber really went deep into why it's a problem when people use the phrase "All Lives Matter" in response to the BLM movement, and why it's important for him to keep speaking out.

"Some may say what good does it do to post 'black lives matter...' I’ll tell you why.. I want everyone to know what matters to me. I want people to know what is heavy on my heart. I want people to know I haven’t forgotten," he wrote. "I want to use the platform i have to remind people that racism is evil and it is ingrained in our culture. I want my black brothers and sisters to feel supported, seen and valued. If this bothers you I just want you to know I’m not going to stop talking about it. Ever."

In a follow-up post, Bieber added: "Saying black lives matter doesn't mean that other lives don't matter. You can't deny that racism is ingrained in our culture. It is straight up mean to change the subject to something you believe matters equally or more. Why can't black lives simply just matter. Don't change the subject."

Bieber is currently at the height of his new music era. He recently released two singles, "Holy" with Chance The Rapper and "Lonely," and gave an emotional performance of both on Saturday Night Live on Oct. 17. Props to Bieber for using his booming popularity to draw attention to what's most important right now.