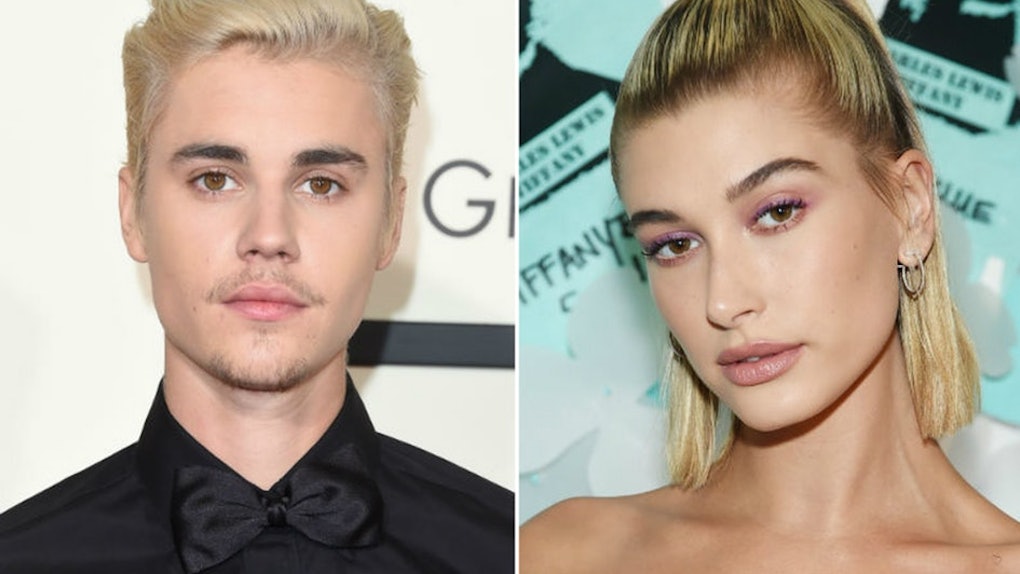 Like so many other celebrities in 2018, Justin Bieber has been on quite a wild ride this year. Not only did he fall in love this year, but he also got married much to his fans’ surprise! And that’s definitely reflected in his best nine of 2018 on Instagram. As you might have already guessed, Baldwin features quite prominently in Justin Bieber’s 2018 best nine. From their engagement announcement to a snapshot of them smooching in a swimming pool, Bieber and Baldwin’s romance has been fully chronicled in Bieber’s best nine.

It should come as no surprise that Bieber and Baldwin’s engagement announcement from July 2018 is the very first on Bieber’s best nine. The photo shows Baldwin sitting on Bieber’s lap and giving him a big kiss on the cheek. The two look totally smitten with each other and Bieber’s caption definitely conveys that. He wrote, in part:

Hailey I am soooo in love with everything about you! So committed to spending my life getting to know every single part of you loving you patiently and kindLY. I promise to lead our family with honor and integrity letting Jesus through his Holy Spirit guide us in everything we do and every decision we make. My heart is COMPLETELY and FULLY YOURS and I will ALWAYS put you first! You are the love of my life Hailey Baldwin and I wouldn’t want to spend it with anybody else. You make me so much better and we compliment eachother so well!!

You can check out the cute photo down below:

The second in Bieber’s best nine is yet another one of him and Baldwin, only this time they’re showing each other a bit of love in a swimming pool. Have a look:

If that’s not the image of true love, I don’t know what is! But that’s not all the Bieber-Baldwin goodness there is in Bieber’s best nine. Not by a long shot. There’s also this black and white photo of them sharing yet another smooch:

Check out all of Bieber's best nine of 2018 down below:

Perhaps one of the stranger posts included in Bieber’s best nine is his most recent one, which shows him and Baldwin as characters from The Simpsons. The illustration shows the two leaving the Simpsons’ home holding hands and looking totally in love. It's pretty cool. You can check out the post here.

Romantic photos aside, there are also some photos of Bieber by himself. First, there's this photo that Bieber posted in January 2018 of him flexing all his muscles and reading:

There's also this sweet photo of Bieber hugging a tree (literally!) and smiling:

Among some of the other snapshots in Bieber’s best nine is this adorable photo of his baby sister:

But by and large, Bieber’s best nine is all about Baldwin and his love for her. And that makes sense, since she was such a huge factor in how the year played out for Bieber.