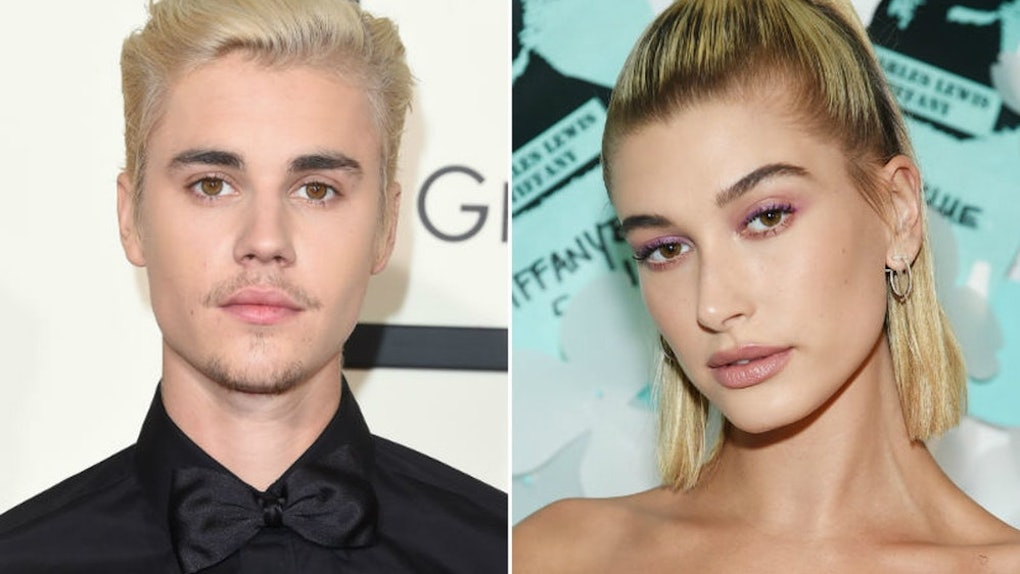 Justin Bieber and Hailey Baldwin are already planning their wedding! And they’re not compromising on anything, either. While the two young stars have only been engaged a few weeks, a new report from Entertainment Tonight revealed the couple is in the process of solidifying wedding plans. According to an insider source that spoke to ET, Justin Bieber and Hailey Baldwin want a small wedding.

Baldwin and Bieber are reportedly enjoying their engagement, according to ET’s source. Bieber, in particular, is enjoying it since the pressure of proposing to Baldwin is no longer on his shoulders.

“Justin had been planning to propose to Hailey for a couple weeks before he finally did, and he's relieved that weight has been lifted off his shoulders," the source explained. "Justin and Hailey are enjoying their time as a newly engaged couple.”

While they're enjoying their time together, they’re also making wedding plans. At this point, according to ET’s source, Bieber and Baldwin are still in early planning stages.

One thing they have decided, though, is that they want a small, intimate wedding.

“Justin and Hailey have been telling friends they want to have a smaller wedding, with close family and friends, nothing too over the top," ET’s source revealed. "The couple has discussed where they would have their wedding, in either Canada or somewhere in the States (NY or LA). They've thrown around the idea of having it in possibly both, but it's still the early stages of planning. Justin and Hailey are trying to enjoy the excitement of engagement before fully diving into wedding planning.”

Elite Daily reached out to both Bieber and Baldwin’s teams for comment on these reports, but has not heard back at the time of publication.

In a July 17 report from Us Weekly, Baldwin’s aunt, actress Kim Basinger, revealed that the couple has already chosen their wedding party. It reportedly includes Baldwin’s sister Alaia Baldwin and her cousin Ireland Baldwin.

The proud aunt also expressed her excitement over the impending nuptials, even though she doesn’t know Bieber very well.

“I’m very, very happy for Hailey. I think it’s a good thing,” Basinger said. “I think Justin’s a cool guy. I don’t really know him at all, but Ireland does, you know? I think he’s come through a rough road. He’s a really cool kid. I pray for them. I hope they’re cool. I hope they’re happy! It’s wild! I think it’s wild!”

Even though the couple’s plans are still in early stages, it sounds like this wedding is going to be amazing. A small-scale wedding somewhere special to them, be it somewhere in the U.S or even in Canada, sounds so perfect. I bet sources and family members will be sharing even more details as the wedding date gets closer.