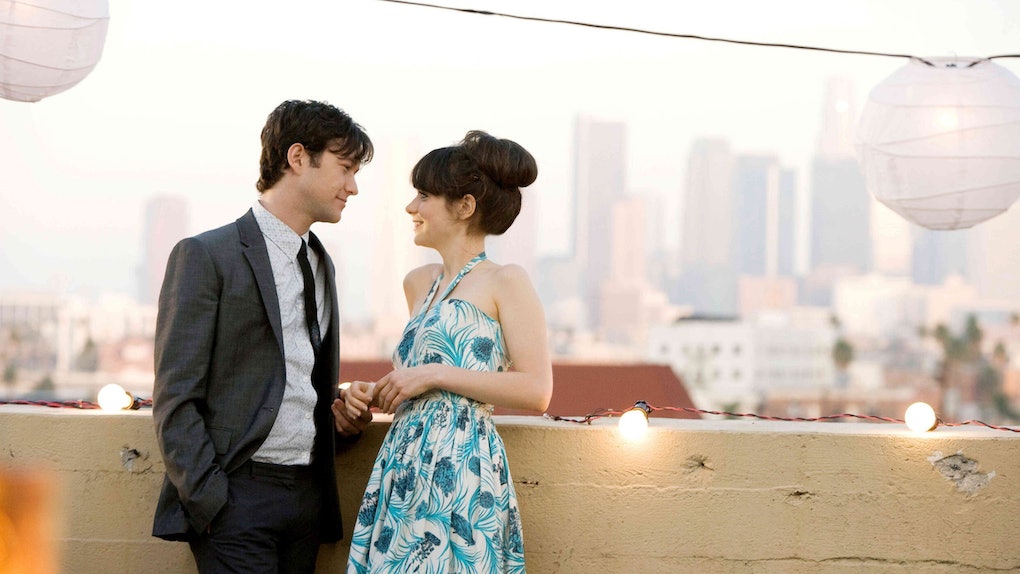 Whether you love 500 Days of Summer for essentially producing the "Expectation vs. Reality" meme or because it popularized Zooey Deschanel's vintage style, the sweet indie movie has become one of those standards you find playing on cable on a Saturday. But as the internet tends to do with most things, fans' views of the movie have soured over the years because of the characters' complicated relationship. To add fuel to this ambivalent fire, Joseph Gordon-Levitt thinks his 500 Days of Summer character is "selfish," and he just captured the internet's angst about the 2009 film perfectly.

Although he has spoken out about greeting card writer Tom Hansen's flaws before, Gordon-Levitt once again seemed to confirm that he's not the biggest fan of Tom. In 500 Days of Summer, Deschanel's Summer, who doesn't believe in long-lasting love, breaks up with the romantic Tom when she feels their relationship isn't working, sending him into a depressive state. She becomes engaged and gets married to another man soon after. A fan recently tweeted, "Still haven't forgiven Zooey Deschanel for what she did to Joseph Gordon-Levitt in 500 Days of Summer," but Gordon-Levitt was quick to reply and set the record straight about these characters.

The star wrote, "Watch it again. It's mostly Tom's fault...He's selfish. Luckily he grows by the end."

Anyone who has watched the film knows that since the story took place from Tom's point of view, much of 500 Days of Summer leans on his idealistic daydreams about ending up with Summer. His view of romance as the be all and end all in his life is pretty twisted, and he does seem to fall victim to the "I'm a nice guy" trope in which he thinks he can do no wrong in a relationship. As Gordon-Levitt points out, Tom does change by the end, embarking on a new relationship, but Gordon-Levitt's blunt evaluation of the character actually fits with many fans' opinions. Those who replied to his tweet are in strong agreement about Tom's selfishness.

Although Summer isn't a flawless example of a strong character either, Tom is equally flawed, and Gordon-Levitt previously discussed his weaknesses in a 2012 interview with Playboy, saying:

The 500 Days of Summer attitude of ‘He wants you so bad’ seems attractive to some women and men, especially younger ones. But I would encourage anyone who has a crush on my character to watch it again and examine how selfish he is. He develops a mildly delusional obsession over a girl onto whom he projects all these fantasies. He thinks she’ll give his life meaning because he doesn’t care about much else going on in his life. A lot of boys and girls think their lives will have meaning if they find a partner who wants nothing else in life but them. That’s not healthy.

Gordon-Levitt's analysis almost reads like a college essay, but he has such a valid, brutally realistic point. Tom thought he could change Summer's perception of love, and his initial refusal to understand any other outcomes wasn't a great example of a healthy breakup. Gordon-Levitt totally pegged it as a selfish move, but hopefully most viewers had figured this out about the movie by now. Is that going to stop my enjoyment in watching 500 Days of Summer when it's on TBS next? Not at all. I need all the relationship education, good or bad, that I can get.