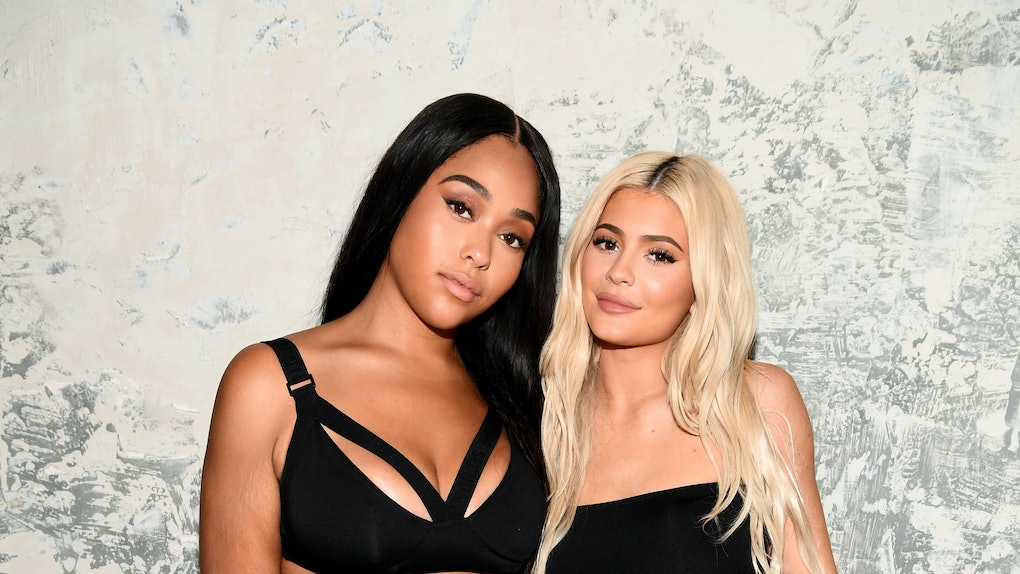 After all that went down between former BFFs Kylie Jenner and Jordyn Woods, you would think that there was no possible way the drama could continue, but Jordyn Woods' Instagram filter choice has fans stirring the pot and speculating nonstop. The A-list influencer recently posted some quick selfies to her Instagram stories, but the title of the filter she chose for the shots happened to be titled after members of the Keeping Up With The Kardashians family. It could have just been a coincidence, but nevertheless, the choice seemed shady to some fans.

Jordyn had a falling out with Kylie Jenner and the Kardashian family back in 2019 after Jordyn kissed Khloé Kardashian's-then beau, Tristan Thompson. The scandal made its way on the airwaves, with the drama unfolding on an episode of KUWTK in May 2019. Khloé has since denied allegations she prompted the split between Jordyn and Kylie, but the drama has raged on. The hot topic intrigued fans of celebrity culture everywhere, and remains one of the most-talked about moments in Hollywood from the past couple years. Jordyn's newest Instagram filter is just extending the life of the drama a tiny bit more.

While Jordyn gave her over 11 million followers a tour of her boyfriend Karl-Anthony Towns' home in Minneapolis, she opted to use a filter named "Kylie + Kendall slim" by sasha_soul_art, which caught fans off-guard. Some might have missed the detail at first, but the filter's name showed up right next to Jordyn's at the top of the story. Those names together would set alarms off in the heads of anyone who keeps up with the latest tabloid news and drama surrounding the pair, so screenshots started spreading on Twitter.

Jordyn looked great in the selfies, but the main attraction for fans of the Kardashian empire was the filter's name. Users selecting filters on Instagram can see the name of any given overlay and who made it, so why would Jordyn choose one so tied to her former friend?

It was hard for some fans not to seek further meaning behind the filter choice, questioning whether it was intentional or not (could it be a sign they made up, for example?).

To be fair, though, Jordyn's probably just as used to seeing her former BFF's name all over social media as the rest of the public is, so she likely just picked a random filter that made her look good and didn't think twice about the name.