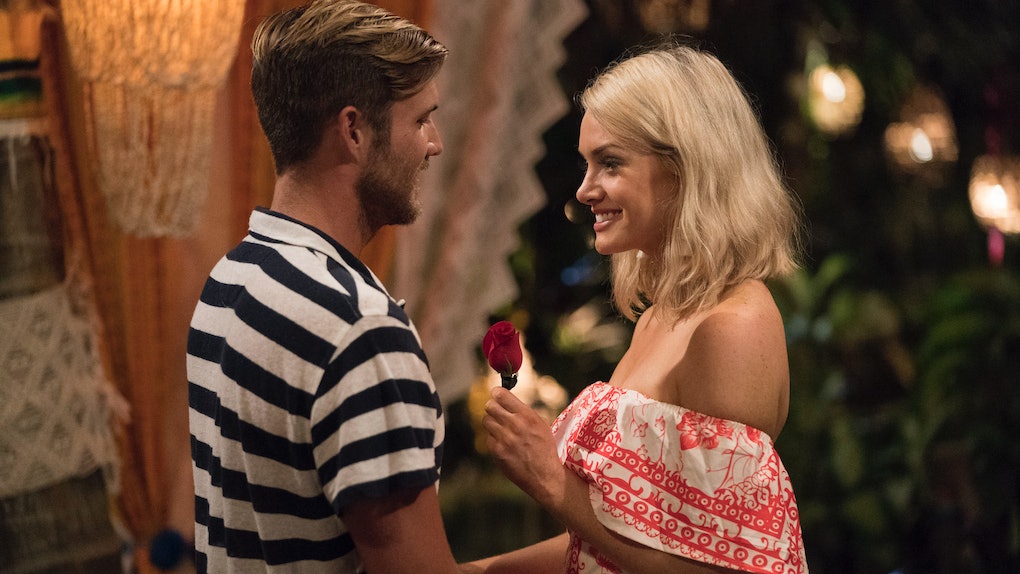 Jordan and Jenna were one of Bachelor in Paradise's most promising couples. At least that's what it looked as Season 5 of the Bachelor summer spinoff unfolded on screen. But right before Tuesday, Sept. 11's finale aired — where Jordan proposed to Jenna and they confirmed they were starting a life together— reports about Jenna's alleged cheating hit the internet. Now Jordan is weighing in on the matter via social media. And Jordan Kimball's Instagram about breaking up with Jenna Cooper is seriously emotional. The reality TV alum and model is getting real about his feelings.

When you’re in love with even the experiences you’ve had with them it’s something to respect. Being careless with someone that you give your heart to and reach milestones with isn’t sensible no matter what the terms may be. I have not had an easy life and having struggles allows me to grab onto tough times and discard them from my path. I deal with unreasonable circumstances reasonably and have come to terms with a decision to remove myself from the relationship, it breaks my heart to think, feel and fall for this. It’s dropped me.

It was only a mere few hours ago that the world watched on as Jordan expressed his everlasting love for Jenna on the season finale of Bachelor in Paradise Season 5. After a romantic night in the fantasy suite, he popped the question and she accepted.

"I’ve never loved someone the way that I love Jordan. Getting engaged is the symbol of the end of our journey here and the beginning of a new incredible life filled with love,” Jenna declared.

The happy couple appeared on the reunion show (which was actually filmed Aug. 28) after the engagement scene, gushing about everything from wedding dates to babies to planning a future together. But behind the scenes, trouble might have been brewing without Jordan's knowledge.

Reality Steve reported on Tuesday that Jenna has allegedly been involved in a relationship with an unidentified man. His blog shared text messages allegedly from Jenna that attempted to back up the claims. Jenna spoke out on the allegations to People, saying,

“I know my Jenna, and I read those texts and in my heart, I know it’s her,” Jordan commented. “She was saying she didn’t do it, but hinting towards the fact that there’s a possibility that it happened. In all reality, I don’t expect her to own it.”

Now it appears Jordan might be moving on, although he's thankful for those who have offered their support.

"I'll be taking time to pursue my inner peace and she will always have me to talk to, if you’ve reached out to me, allow me time," his Wednesday Instagram post also said. On the bright side, it looks like many of his fellow Bachelor alums have his back.