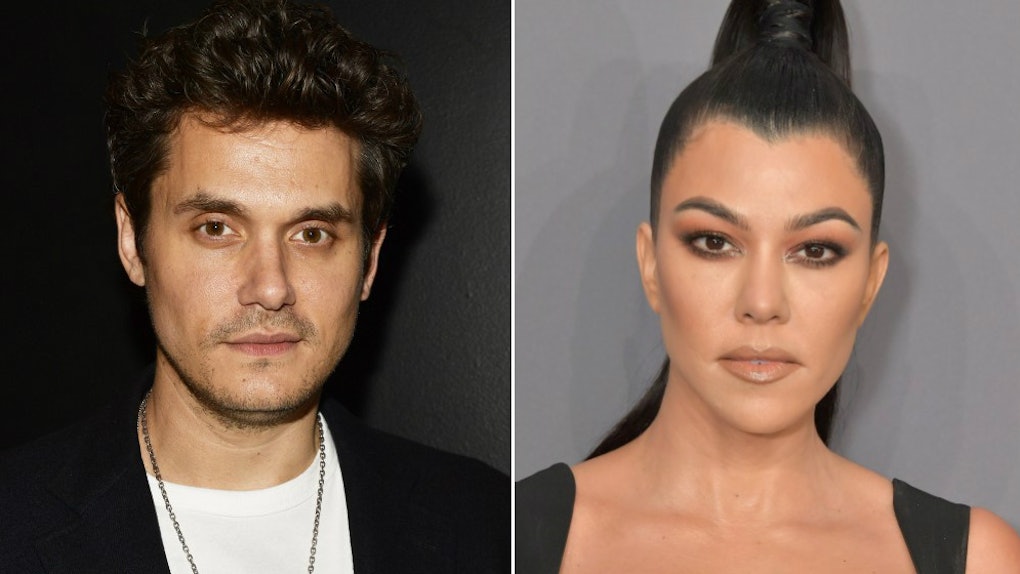 Rumors have been swirling for months that John Mayer and Kourtney Kardashian are dating. After the two were spotted chatting it up in December 2018, people started to wonder if they were an item. While Mayer and Kardashian have kept quiet about the rumors thus far, Mayer recently opened up to Andy Cohen about what’s really going on. And it turns out that Mayer has quite a lot to say. Surprisingly, John Mayer’s response to Kourtney Kardashian dating rumors is kind of shady.

In a Monday, May 13, interview for SiriusXM’s Radio Andy, Mayer clarified that he’s definitely not dating Kardashian.

“Yeah, that happens not to be true,” Mayer told Cohen.

As for his opinion about where the rumors actually originated from, Mayer seemed to suggest that the rumors may have started from within the Kardashian circle.

Mayer eventually clarified what actually went down between him and Kardashian in December 2018. The two ran into each other at a valet after a party in Hollywood and they chatted for a few minutes. That brief chat was enough to set the rumor mill on fire.

“Somebody said that when I saw Kourtney, that I said ‘It was sweet serendipity running into you,’” he said, adding, “I think I’m post-celebrity relationship probably in my life.”

You can listen to Mayer’s interview down below:

But even with all his suspicions, Mayer explained that he genuinely likes the Kardashians a great deal.

One member of the Kardashian family he’s especially fond of is Kris Jenner. Apparently, Mayer was quite taken with her after spending a little time with her.

“I think she is, like, the Yoda of Hollywood serotonin,” Mayer said of Jenner. “Like, she has a good grasp on how to make your serotonin just burst in your brain. I was sitting next to her, and I was like, ‘You are the ground zero of bliss, of Hollywood bliss.’ She was great. I also am a little afraid of her … I want a nice base level of respect. I don’t want to be too far on her radar. It’s hard to explain. She could end me.”

So, even though Mayer has some suspicions that the Kardashian family started the dating rumors, he clearly has a lot of respect for the family as a whole. And that’s actually quite refreshing. As shady as some of his comments may seem, he’s one of the few people out there who totally disregards public perception of the Kardashians and gives them the props they deserve. Plus, it’s pretty cute that he thinks so highly of Jenner. A lot of people seem to!