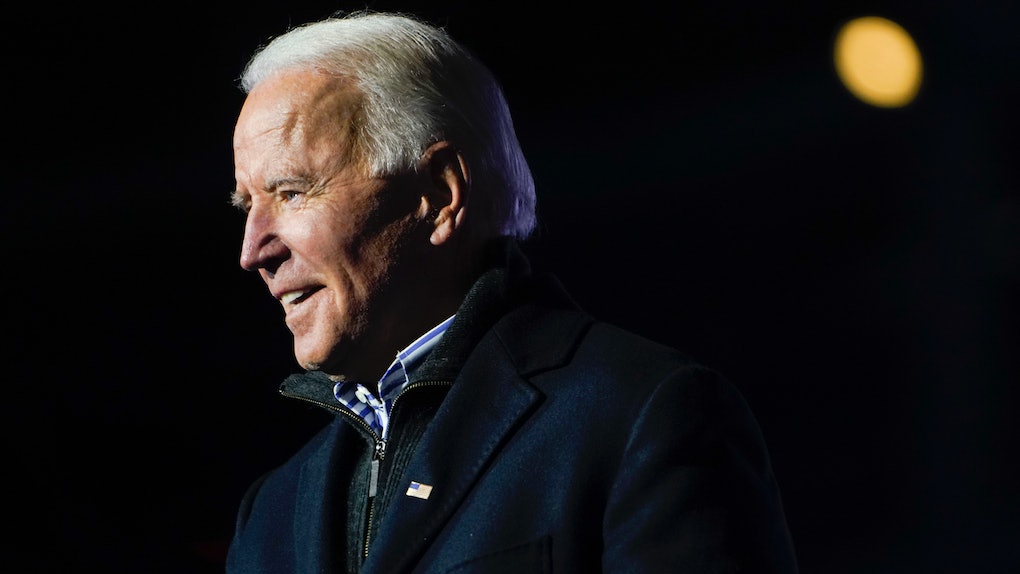 When President-elect Joe Biden officially takes his post at the White House in January, his two pups will be the first to set paws at the 1600 Pennsylvania Ave. residence since President Barack Obama's Portuguese water dogs, Bo and Sunny. In addition, Joe Biden’s dog Major, whom he adopted in 2018, will be the White House's very first rescue. Here's everything to know about the two German shepherds, who've made frequent appearances on the campaign trail and on Biden's social media.

Since President Trump and first lady Melania Trump do not have any pets, Biden promised to "bring dogs back to the White House" while campaigning for the presidency. The former vice president welcomed his first German shepherd back on Christmas in 2008. Champ, whose name came from the nickname the Delaware senator had as a child, is no stranger to government dwellings, as he lived at the vice presidential residence at the U.S. Naval Observatory with the Bidens during President Obama's two terms.

Ten years later, the Bidens fostered then adopted their second German shepherd, Major, who had been surrendered to the Delaware Humane Association and "wasn't doing well," according to the organization. In a statement at the time, the Bidens said, "We are so happy to welcome Major to the Biden family, and we are grateful to the Delaware Humane Association for their work in finding forever homes for Major and countless other animals."

The group also posted about the adoption at the time, sharing photos of the former vice president posing with his new furry pup.

Following the news of Biden's win over President Trump, dog lovers everywhere were quick to take to social media to celebrate the return of pups to the White House after four years. Considering the former vice president frequently posted about his German shepherds while campaigning and said he has "No ruff days on the trail when I have some Major motivation" alongside a sweet video of the rescue licking his face, it's likely that the new first family's two pups will be some popular additions to the household.

Actor Justin Theroux was one of the many fans who took to social media to commemorate the milestone, joking that his dog Kuma was looking for her own "running mate."

"Hey, Major. Single. And looking for a running mate," Theroux quipped alongside a picture of Kuma on his Instagram Story.

The Bidens won't be moving in until January when President Trump officially hands over the Oval Office to the new president-elect, but it's only a matter of time before there are some pups roaming the halls of the White House once again.