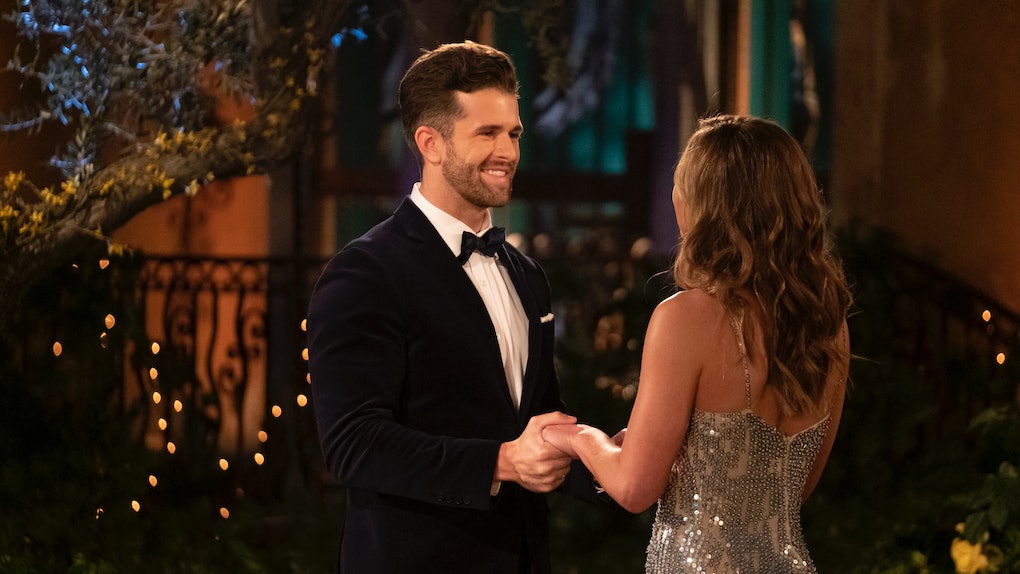 Jed's Family On 'The Bachelorette' Is Setting Off Major Alarm Bells

Blasting some country music on a drive down to the beach is a great way to spend some time, but after this season of The Bachelorette, I can't be the only one feeling especially leery toward singer-songwriter guys. Contestant Jed Wyatt emerged on Hannah Brown's season as a smooth-talking guitar player, a caricature that is not new to the Bachelor franchise. While his Bachelorette edit has continued to be fairly flattering, recent reports have suggested that Jed is far from being Hannah's Mr. Right, so his hometown date was bound to be interesting. No surprise, but Jed's family on The Bachelorette set off major alarm bells among fans.

In case you've been living under a rock, a juicy scoop about Nashville-based musician Jed has recently sent Bachelor Nation aflame. While he confessed on a one-on-one date that he initially joined The Bachelorette to promote his music, he told Hannah that meeting her had changed his mindset for the better. This scene aired weeks before Jed's ex-girlfriend Haley Stevens claimed that the two were in a serious relationship before he decided to go on the show and reassured her that they would reunite when he came back. As a fellow artist, she supported his decision, but she never heard from Jed after he returned from filming.

Stevens then ran into Jed and his family at CMA Fest in June, telling Us Weekly, "I’m standing in a group of people. I can’t really just say, ‘No, I’m devastated.’ So I was like, ‘Yeah, I’m fine. How are you?’ And he said, ‘It’s weird … everything that’s happening, and it’s all happening so quickly.’ And in my brain, I’m like, ‘...Is he talking about being on this show?’ That’s what’s weird?”

Given this shady history and an additional allegation of Jed cheating on Stevens with another woman, fans were ready to watch Jed's hometown date with eagle eyes. Hannah first met Jed in Knoxville, Tennessee, for a day of writing and recording their love story in the form of a song. Jed said he was confident about the day only ensuring his belief that they were right for each other, but the date quickly took a different turn.

Concerns rose when Hannah was with Jed's family in Sevierville, Tennessee, and Jed and his dad discussed the stress of a potential engagement approaching. Hannah then sat with his mother Gina, who was brutally honest about Jed just being one of four remaining men in a competition. Hannah tried to explain how serious her relationship with Jed felt, saying, "I've told your son I'm falling in love with him."

While talking to Gina, Hananh briefly mentioned one of Jed's past relationships, to which his mother said, "He lived his life before Bachelorette, he's had his heart broken, he's been in love." She also seemed to believe Jed had a different path when it came to impending marriage, as he had to balance other jobs with trying to succeed as a musician.

Jed's sister wasn't very positive either, saying that Jed falling in love with Hannah might not be the best. Talking to Jed, Gina confessed, "It does not feel very realistic to me, but you're the one living it." Jed claimed to have fallen in love with Hannah, which Mom wasn't too thrilled about either. By the time Hannah left their house, she was panicking about whether her connection to Jed could survive this awkward visit.

Since the audience knows what it does, could this uncomfortable hometown date mean that Jed's family knew about his promise to his ex? Were they more on board with him using The Bachelorette to promote music than find a real relationship? This date stirred serious questions, but Jed has vaguely addressed the real-time drama on Instagram, writing in a July 8 post, "I ask that you please understand how much the actions being taken towards myself, my family, the men on the show, and above all, Hannah, are affecting all of our mental and physical health ... I beg you to remember what seems like a harmless action is damaging to real people."