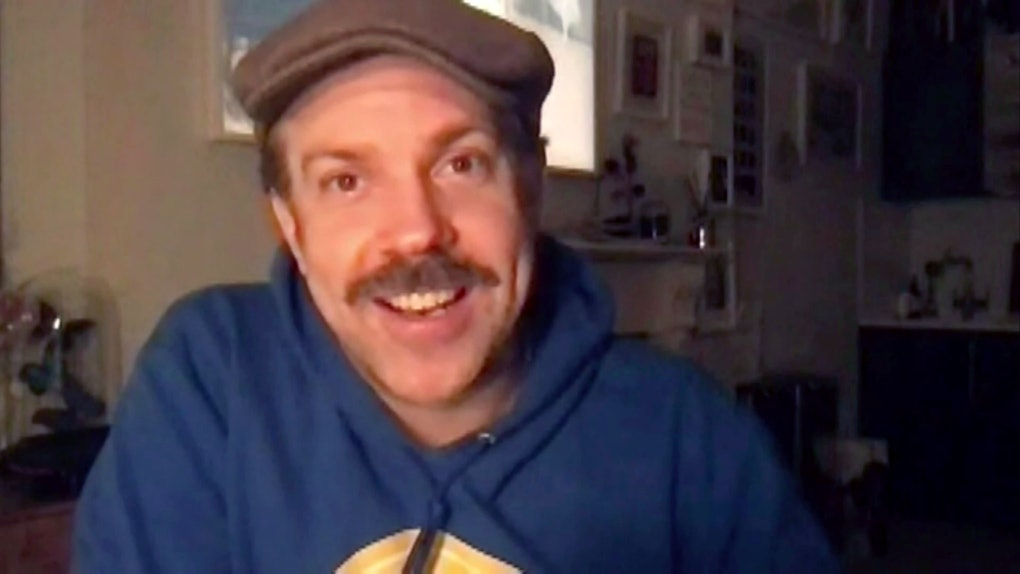 Ted Lasso is one of those shows that makes you laugh, but also makes you feel hopeful about humanity. It's all about kindness and human connection. (Oh, and soccer of course.) At its heart, it's a show about the goodness in people. So, when Jason Sudeikis thanked Olivia Wilde in his Critics’ Choice Awards Speech just four months after news broke that the two ended their nearly decade-long relationship, it was hard not to think the star was channeling a bit of Ted at that moment.

While accepting the award for Best Comedy Series, Sudeikis, who created the show, thanked several of the people closest to him. “Holy smokes,” he said, then went on to thank his cast and crew. “I want to thank my folks, Dan and Kathy. I want to thank my sisters, Kristin and Lizzie.” He thanked his two children — Otis, 6, and daughter Daisy, 4 — and their mother, Wilde. “I want to thank their mom, Otis and Daisy’s mom, Olivia, who had the initial idea to do this as a TV show,” he said. “She was like, ‘You and Bill [Lawrence] and Joe [Kelly] love doing that so much you should do it as a TV show. I was, like, ‘No.’ She was right.”

Not only did Sudeikis give Wilde a nod in his speech, but also in his sartorial choice in attire by sporting a sweatshirt with the logo for Crockett High, the fictional high school from Wilde’s film Booksmart. Talk about a supportive ex.

News first broke of Sudeikis and Wilde’s breakup in November 2020. However, a source close to the couple told People they had reportedly gone their separate ways at the beginning of last year. "It's been amicable and they’ve transitioned into a great co-parenting routine,” said the source. “The children are the priority and the heart of the family’s relationship."

Both Sudeikis and Wilde appear to be moving on from their relationship. Wilde is reportedly dating singer and actor Harry Styles, while Sudeikis has been linked to British actor Keeley Hazell. No matter what, Sudeikis and Wilde's amicable and supportive split would make Ted Lasso proud.