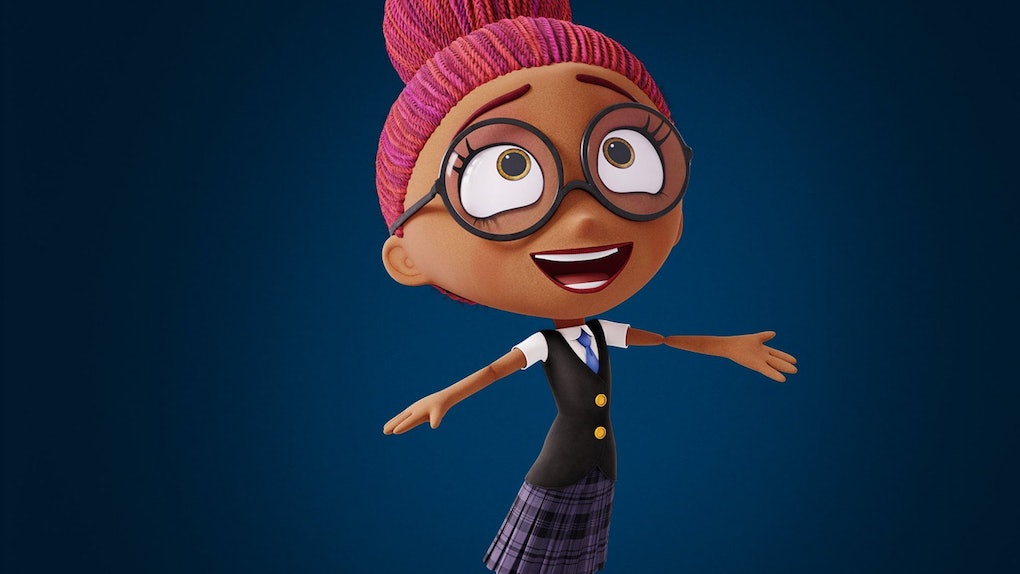 Janelle Monae has been shaking up the landscape since she debuted her 2007 EP Metropolis: Suite I (The Chase). Over the last decade, she's added producer, activist, and actress to her list of credits, the latter of which has landed her two nominations and one win from the Screen Actors Guild for her work on Moonlight and Hidden Figures. Her latest project is a little more lighthearted, starring as part of the ensemble cast for the new UglyDolls movie. Janelle Monae's UglyDoll character, Mandy, is one of the Perfect Dolls, who perhaps is not so perfect.

In describing her character, Monae explains to Elite Daily how she plays someone a little trapped by circumstances.

"Mandy is super adorable, but she’s conflicted. She’s part of a culture where the main goal is to impress the leader of the Institute of Perfection and to be perfect... She’s kinda faking it till she makes it. She knows that she’s not perfect, but she’s having a hard time going against her culture."

Meeting the UglyDoll crew, lead by Moxie (played by Kelly Clarkson) changes Mandy's entire outlook on life. Monae says she had a blast working with Clarkson.

"I love Kelly. I’ve been a fan of hers, just like everybody else, for many years. She’s such a professional, she killed her role. I think people are just going to fall in love with her more."

After spending all this time pretending to be perfect, Mandy discovers there are friends she could have that are proud of what makes them different.

"When she meets the UglyDolls, who aren’t perfect, but they’re just trying also to fit in, they discover each other’s imperfections. They eventually inspire each other to embrace the things that make them unique, even if it’s not accepted by the Institute of Perfection and Lou, the head leader in charge."

Lou, who is played by Nick Jonas in the film, turns out not to be the benevolent leader the Perfect Dolls have taken him for.

"Mandy, and the UglyDolls, they go on a journey... they break down the patriarchy and the abuser of power, who is Lou. I love it, [the movie] has so many great messages in it. It’s fun and... I think when you go see it, you’ll embrace your inner child."

For Monae, getting to do this movie was a joy, not just because of who she got to work with, but the universal themes of the story.

She explains, "I still haven’t grown up, so it was great just to be a kid and have a movie that I wish I had when I was in elementary, or middle school... or high school even... that dealt with what it was like to get bullied for being unique and then prevailing in the end."

For Monae, the story's moral is an important one, not just for kids, but for their parents as well.

"I hope parents have conversations around bullying and when your kid sees someone else being bullied, how you can help the classmate or the friend or the kid who is being bullied. I hope it will spark conversations of self-love and maybe parents will share stories of when they were bullied and didn’t feel like they fit in."

More like this
Kathryn Hahn Hopes To Explore Agatha's Backstory In Future Marvel Projects — EXCLUSIVE
By Dylan Kickham
'Shiva Baby' Director Emma Seligman Is Making Films For Her Generation — EXCLUSIVE
By Abby Monteil
Where Is The 2021 Oscars Ceremony Being Filmed? The Location Is So Different
By Umber Bhatti
Stay up to date