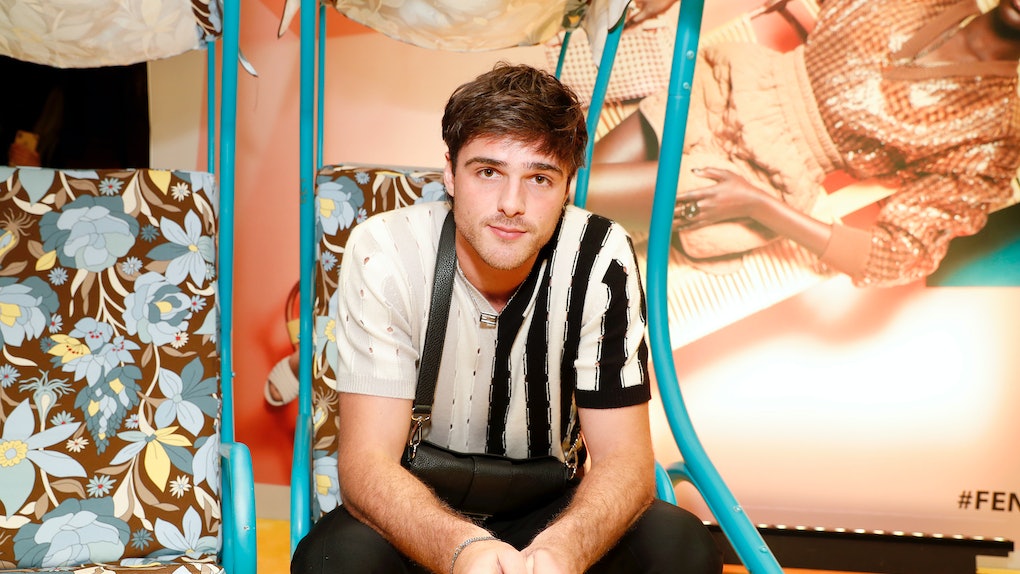 Some eagle-eyed Twitter users have discovered Jacob Elordi has taken multiple women to the same date spot. The actor was just recently photographed taking Kaia Gerber to the same New York City farmer's market that he's also been photographed taking Zendaya and Joey King to in the past. And obvi, because it's the internet, people have had no issues sharing their unsolicited opinions on the matter.

Before I show you the tweets, let me give you a quick little refresher on Jacob's dating history. His first public relationship (and first public Farmer's Market date) was his Kissing Booth co-star Joey, whom he dated from 2017 to 2019. Then, after reportedly briefly dating Cari Flowers in 2019, he entered a rumored relationship with his Euphoria co-star and next farmer's market date Zendaya. (You can see pics of all of them here).

On Sept. 1, which just so happens to be Zendaya's 24th birthday, Jacob was spotted on what very much appeared to be a date with Kaia Gerber Nobu in Malibu. If Jacob and Zendaya ever were an item, they appeared to be over by this point. (Elite Daily reached out to their reps multiple times for comment on their relationship status and did not hear back.)

Nowadays, Jacob has reportedly been spending time with Kaia in New York and was even... drum roll please... spotted taking her to his fave farmer's market.

This fan just straight-up called him out.

This one legitimately called him "sick."

This one provided everyone with the vegetables' hilarious POV.

This fan is set over the edge by the camera he had on hand.

This fan is just waiting for this to become a trend.

This fan is just disappointed by Elordi.

This one is disappointed by men in general.

This fan is providing everyone with the hilarious farmer's market employee POV.

This one posed Elordi with a challenge.

This one deemed it "weirdo behavior."

And, finally, this one was kind of... not mad about it?

To be fair, stranger things have happened than having a go-to date spot. I mean, the guy really could just like the farmer's market!

Plus, as far as his relationship with his most recent farmer's market companion Kaia goes, they're apparently keeping things pretty casual. "Kaia is the one that doesn't want to be in an exclusive relationship right now. She has a lot of projects on her plate and wants her freedom," a source reportedly told E! News on Sept. 8. "She does love hanging out with Jacob and they are spending time in New York City for the week while she works." As for Elordi, the source reportedly added: "he is definitely interested in her and is happy to see where things go for now." (Elite Daily previously reached out to reps for Jacob and Kaia for comment on their reported relationship, and didn't hear back.)

And what better casual date spot than a nice, no-frills stroll around the farmer's market?