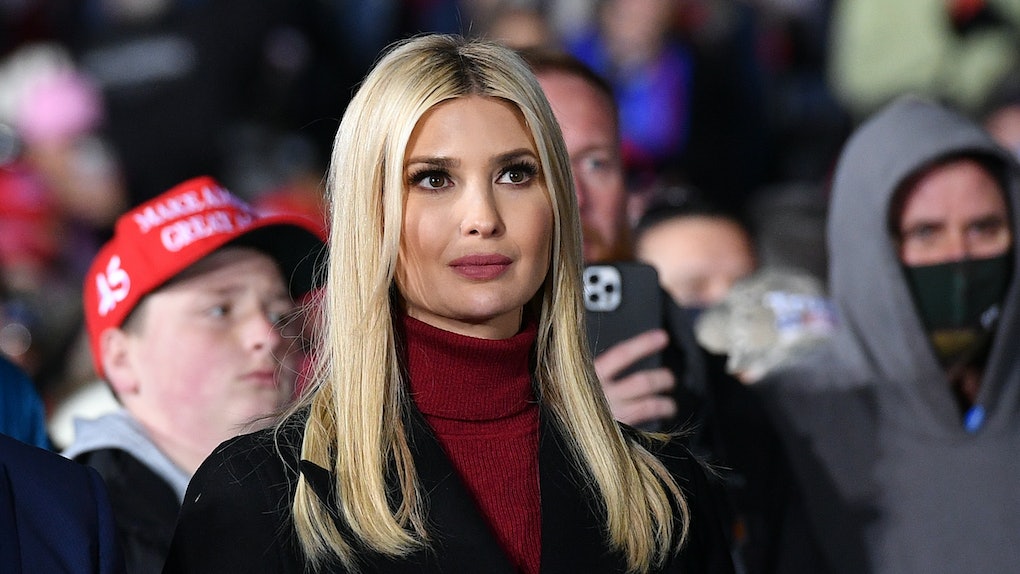 As a senior White House adviser for the administration of her father, President Donald Trump, Ivanka Trump promoted her signature program: the Women’s Global Development and Prosperity (W-GDP) Initiative, a worldwide effort to economically empower working women. On the surface, the federal program seemed shiny and promising: Its goal was to support economic empowerment and entrepreneurship for women around the world, and particularly those already in poverty. However, after the Government Accountability Office (GAO) audited the initiative and released a damning report on March 31, it's clear this empowerment program wasn't so empowering. Ivanka Trump's women's initiative failed inspection, and it's a mess. But honestly, is anyone really surprised?

W-GDP, launched in February 2019 following the Women’s Entrepreneurship and Economic Empowerment Act of 2018 (WEEE), intended to deliver "targeted finance across the women’s programs of 10 U.S. government agencies," per Politico. One of these 10 agencies included the U.S. Agency for International Development (USAID), which was directed to annually distribute $265 million to smaller businesses. Half of the funding was meant to go to women, and half to the very poor, with the understanding that there would likely overlap between the two groups within the global community. The idea, per Politico, was to give individual women entrepreneurs the financial help to start their own businesses. In 2019 alone, USAID launched over 19 global women's empowerment programs under W-GDP.

Though Ivanka Trump didn't directly oversee W-GDP, she positioned herself as its public face, part of an image crafted to portray her as an advocate for women in her father's administration. During an October 2019 conference, Trump stated W-GDP would "rigorously track the execution and the efficacy of the money that we are spending." However, the GAO's report, released on March 31, revealed the opposite.

The GAO's 14-month audit, which tracked USAID spending from 2015 to 2020, showed deep failures in tracking the finances, as well as their economic impact. According to the audit, as reported by Politico, USAID's data collection methods were inconsistent and deeply flawed, meaning the federal agency was unable to report what percent of funds went to the eligible categories of people, namely women and those in poverty. Perhaps most egregiously, the GAO's audit determined "USAID does not define enterprises owned, managed, and controlled by women," and that it also "does not collect data by enterprise size" — meaning that it didn't even know who was eligible in the first place. Representatives for Trump, as well as USAID, did not immediately return Elite Daily's request for comment on the report.

What was the GAO's conclusion? It's hard to miss, as it's literally part of the title of the audit report: "USAID needs to develop a targeting process and improve the reliability of its monitoring." Per The New York Times, the agency recommended major changes to fix the programs, which are now run by the Biden administration, including that "USAID identify the total funding subject to WEEE Act requirements; establish a definition of enterprises owned, managed, and controlled by women; disaggregate its data by enterprise size; and ensure the reliability of its [micro, small, and medium-sized enterprise] obligations data." Per the report, USAID accepted all the recommendations.

During an February 2020 event celebrating the one-year anniversary of W-GDP's launch, Trump praised the program. "We can work to empower millions of women to lift their families out of poverty, to grow the economies in their country, to reduce dependence and to deliver on the promise of greater peace and prosperity," she stated. Well, it was a nice thought.