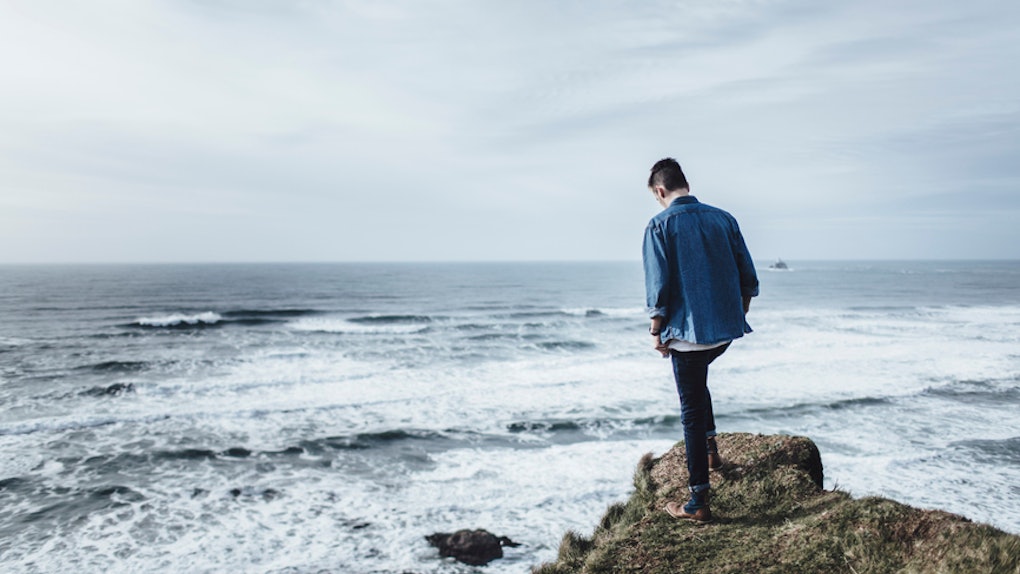 In the past few days, women on social media have been using the hashtag #MeToo to indicate that they have been a victim of rape, sexual assault, or sexual harassment. Actress Alyssa Milano encouraged women to use the hashtag to share their stories after allegations of sexual misconduct against Harvey Weinstein came to light, to hopefully demonstrate just how widespread the problem really is. Now, instead of the burden of talking about the problem being placed entirely on women, men are using the hashtag #ItWasMe to take responsibility for rape culture and their contributions to it.

Some of the men admit to enabling damaging gender power dynamics, being silent in the moments they should have spoken up instead, and doubting the accounts and stories of women who have talked about their experiences. Some even admit to having been a perpetrator themselves, ignoring physical boundaries, objectifying women, and generally behaving like a "piece of sh*t." Though the #ItWasMe hashtag is not (yet — hopefully) as widespread as #MeToo, it's promising to see men taking more responsibility for the ways they contribute to a toxic culture that allows rape, sexual assault, and sexual harassment to happen to women every single day.

A man who goes by @BenjaminRispin on Twitter and posted a #ItWasMe tweet tells Elite Daily that he feels like his tweet, in which he admits he's "definitely objectified women before" was "more of an admission of guilt than anything."

"It's pretty embarrassing. I just have to own the mistakes I've made (there are several) and try to do better," he says.

At the time, I didn't realize [#ItWasMe] was a hashtag yet. I was reacting to a few things I'd seen on FB: 1. Men responding with 'Not All Men,' which is just ludicrous, 2. Men responding with 'Me too,' which, although a legitimate statement for men who have been harassed/abused (like myself), reeked of 'All Lives Matter'-ism, and 3. A few women saying how all the women in their feed were saying 'Me too' while all the men were posting the typical Trump/TV show/baseball/etc. stuff, and the silence was deafening.

Besides just Twitter, some men are posting their experiences onto Facebook using the #ItWasMe hashtag, confessing accounts longer than 140 characters of what they've done.

I'll be 66 in a few days. When I was a child, I said "I hate girls." When I was a teen, I sought out sex with as many girls as possible, and I denigrated them for both their willingness and unwillingness. When I was an adult, I used female epithets to attack men for lack of masculinity, I harassed women sexually, and I had sex with prostituted women in countries where we tramped in with uniforms and guns. I used pornography without a thought for the women who were used and abused to make it, and I objectified women relentlessly. I used women. I devalued women. I betrayed women. I was wrong. I am sorry.

Sexual predation is not "women's problem." It is ours. Fess up. Repent. Turn around.

It was me in my early twenties when I touched my very first partner inappropriately while she slept next to me.

It was me at 12/13 when my cousin and I lightly kissed a girl who fell asleep in the living room while we were watching TV.

It was me as a teenager in high school when I would stare and zone out at girls, certainly creeping them out. I'd like to personally apologize to Sarah as I know there was one time that sticks in my memory where I was staring at her. I thank Preston (don't recall his last name) for speaking up and telling me to cut it out. I'm fairly certain I tried to be more mindful afterwards about my own behavior and how I came across.

It was me in high school when a classmate mentioned fantasizing about rape and I remained silent.

It was me when I would laugh with others and/or joke about such things as "if there's grass on the field, play ball" or "any port in a storm". This is one example of the shit that people mean when they talk about rape culture.

No matter how much good I've done, or how much better I am or strive to be now, it doesn't erase the past. I'm not proud of these things but I own my contributions to #metoo

Misner tells Elite Daily that when the #MeToo posts starting populating his timeline, it got him thinking about his own past and whether he was someone else's #MeToo. "One particular instance sprung to mind: the very first thing I posted about in my #itwasme post. I said, in my head, 'That was sexual assault,'" he says. "It was a hard thing to admit to myself to realize I had assaulted someone. Over the course of the day, I went over other things in my past trying to see what else I was either guilty of or complicit about."

"Not all those people who perpetrated the things behind the #metoo's are rapists, pedophiles, or sexual predators. They are pretty much everyone — nice, progressive, respectful guys even," he continues. "I admitted my guilt to show that even those who appear to be the nice ones could have been someone's #metoo."

Misner hopes that by confessing his wrongdoing, other men will come forward and realize that it's OK to admit fault and feel guilty about what they've done. "I hoped that other men would take a hard look at their own past and consider where they may have been inappropriate, where they may have caused harm, and then hopefully work to better themselves so they will not repeat those things, as well as step up and stop others from the same toxic culture or behavior," he says.

Whether these men used 140 characters or 1,400, it's hard to admit to being an enabler of such a damaging culture. But the men who have owned up to doing so are leading a very important conversation about how men can — and absolutely need to — be better.