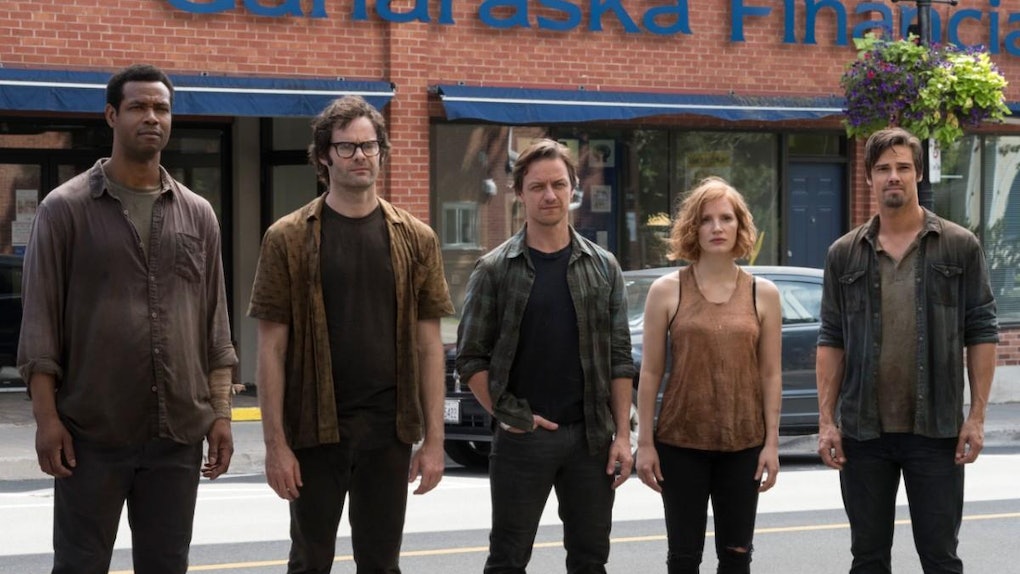 Is There An 'IT Chapter Two' Post-Credit Scene? You Can Breathe Easy At The End

When it comes to sequels, most viewers nowadays go in expecting a post-credit scene. This didn't use to be the norm, but superhero films, especially Marvel ones, are littered with them. So it stands to reason that though the original 2017 IT did not have a post-credit scene, IT Chapter Two might. But with a nearly three-hour run time (two hours and 49 minutes to be exact) can there really be more movie once the credits roll? Fans need to know, is there an IT Chapter Two post-credit scene? Or can they freely head to the bathroom after that long film?

There's good news for small bladders. Like it's predecessor, IT Chapter Two had no post-credit scenes. There are no extra jump scares, no hints of a third installment that continues the story past the end of the original novel. If an IT Chapter Three is being planned somewhere in the bowels of Warner Brothers Studios, there's no sign of it here. Instead, when the movie is over, it's over. Everyone can head home knowing that any lost sleep will be from the terrors of the film itself and not because they forgot to stay and missed a crucial moment. As the marketing tagline says: IT ends.

But just because neither of these films has a post-credit sequence doesn't mean that it didn't think about one.

It turns out there was a post-credit scene planned for the first installment of IT back in 2017. Since the production knew from the getgo it was splitting the books in half, it toyed with the idea of revealing a look at the second film. Considering the way the film went about dividing the books, it would make a lot of sense to do that. The first film, set in the 1980s, only ever showed the Losers Club as children. The second film, IT Chapter Two, would reveal them as adults, 27 years later, for the first time.

Naturally, a tease showing one of the adult actors who was set to take over the role would be the practical choice. Speaking to HuffPost, director Andy Muschietti explained the scene they conceptualized:

Something a lot of people probably don’t know is ‘Chapter One’ did have the idea to make a post-credit scene, which was Beverly Marsh picking up the phone. So, 27 years later, post credit, you would see a phone ringing. It’s an iPhone, so it’s impossible that it’s 1989, and a hand comes in and the camera wraps around this red-haired back of a head, and we turn around, and it’s Jessica Chastain!

So why didn't the production go through with it? It turns out, Jessica Chastain's schedule couldn't be synced with the filming of Chapter One to make it happen. The production was not about to risk losing her over a 30-second clip. So they cut it.

Not revealing Jessica Chastain was a far smarter play anyway. Instead, fans speculated for weeks afterward who would take over the roles for all the different Losers Club members. Sometimes, not letting the cat out of the bag is the better choice.