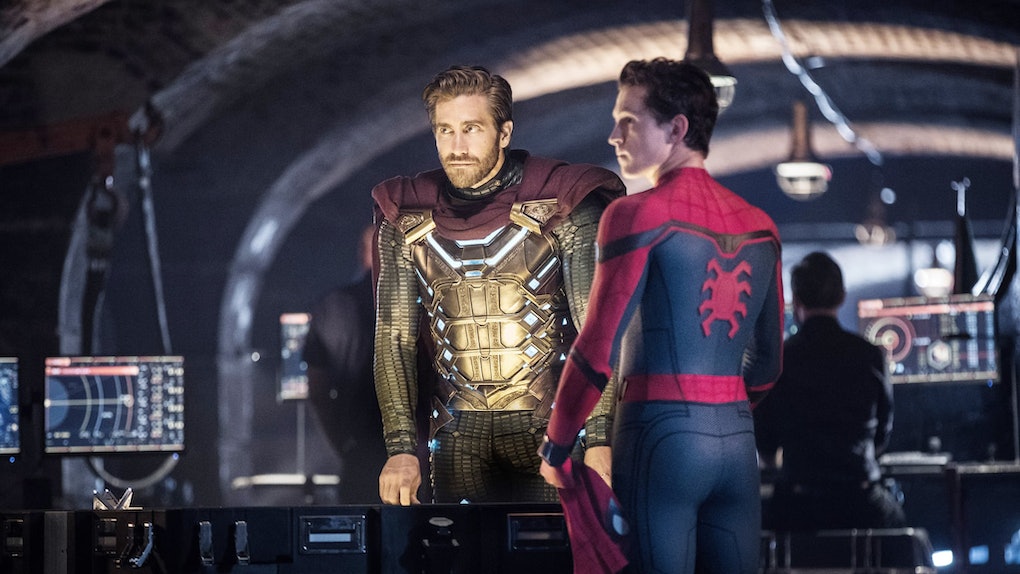 Is There A Multiverse In The MCU? 'Spider-Man: Far From Home' Debunks The Theory

When Spider-Man: Far From Home dropped its post-Endgame trailer in May of 2019, it revealed how much the film would be based on the fall-out from the Avengers movie. It also suggested there were unintended consequences for the Marvel Cinematic Universe from everyone snapping their fingers all the time, blipping people in and out of existence. In short, a hole was torn in the fabric of the universe, allowing "Elementals" to travel between multiverses, from one planet to another. However, the Elementals turned out not to exist, so is there a multiverse in the MCU? That seems to have been debunked as well.

This is distressing news for fans of the MCU, who were looking for the first signs of "Where Marvel Goes From Here." One of the things about Avengers: Endgame is that the ending was very final. Out of the original six Avengers, two were dead: Tony Stark and Natasha Romanoff. Steve Rogers had passed on his Captain America shield for good and was officially retired, and while Clint Barton hasn't passed his bow to anyone yet, his retirement was pretty official as well. Bruce Banner was at peace with his Hulk self, and ready to spend his days being an inspiration to get kids into science, and Thor went and joined the Guardians of the Galaxy. Their stories as a team were over.

So while there are standalone films, which are all but confirmed, to be happening as part of Phase IV, how they tie together and what drives the next generation to team up is still unclear. The introduction of the multiverse from the comics, and Earth-616 seemed like a daring move for the MCU to take in starting over.

Except it was all nonsense.

Mysterio, aka Quentin Beck, wasn't from Earth-833. He's from the same Earth as everyone else. A former Stark employee, he was the brains behind the augmented reality simulations that were introduced at the beginning of Captain America: Civil War. Tony Stark named the program "BARF," much to Beck's distress.

It's not clear if Stark sacked Beck because BARF didn't catch on, or if Beck quit in a rage over his technology being disrespected. Either way, Beck is not from Earth-833. All of that was part of a script that was written by the team Beck hired to help him create the Elementals. It was just a lot of rubbish to fool the world into seeing him as the next Tony Stark-level superhero.

That's not to say there isn't an Earth-833 out there somewhere. Nor does it suggest that Earth-616 won't be in the cards down the line. But if the Elementals that supposedly crossed over from another dimension weren't real, and Mysterio didn't come from another dimension either, then it's a pretty safe bet there is no hole in the universe.

All that snapping probably wasn't good for the fabric of time and space. But, for the moment at least, the walls between possible multiverses and the boundaries of reality have held.

As for what the MCU is cooking up for Phase IV, fans will just have to keep waiting to find out.