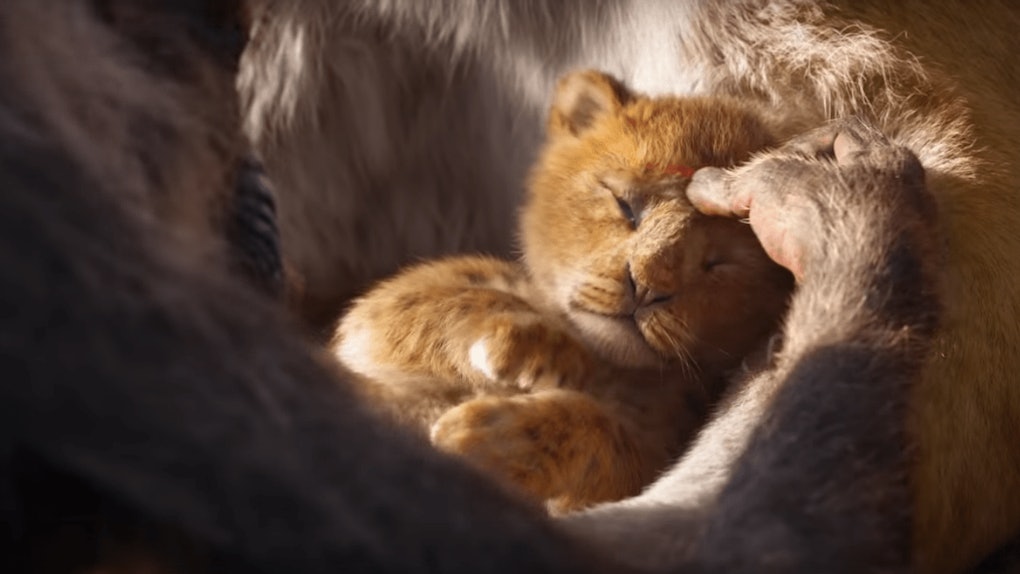 Is There A 'Lion King' Post-Credit Scene? There's No Need To Wait In Your Seat

The Lion King is one of Disney's most high-profile attempts at remaking their classic animated films with live-action movies. Like Beauty and The Beast back in 2017, the trailer has contained shot-for-shot recreations, effectively suggesting the new film will be the same as the original, with few changes other than an added song or two to compete at the Oscars in 2020. But will the film really stick to the original story that hard? Will it have a little fun with the material? For instance, is there a Lion King post-credit scene?

One of the main reasons The Lion King's new version is so high-profile because it is the first to have no live-action people in it or even motion-capture performances. Instead, it is a different kind of animated film, one done only with Photorealistic CGI. As such, it functions as a showcase for what Photorealistic CGI can do in rendering realism in animation, beyond inserting a flying elephant in a live-action Dumbo or making a bear dance in 2016's The Jungle Book.

Because of that, there is a clear argument to recreate the original nearly frame for frame the way Beauty and The Beast did. A one-to-one animation frame to frame comparison maybe a little over the top, but it would make the argument that animation has taken a great leap forward.

But that's not what Disney has done here. There are shots that reference the original, but some of the more fantastical animated moments, like the trippy sequence in "I Just Can't Wait To Be King" have been removed in the name of "realism." Casting Beyonce as Nala necessitated making that part meatier, as well as adding an original song for the pop star to sing.

But there is one sad loss from the first film to the new one. Unlike the original film, there is no post-credit sequence. That's right, the original Lion King had post-credit scenes. They weren't like the ones fans are used to in say, Spider-Man: Far From Home, where the credits stop dead so the movie can continue. Instead, they were the old style of post-credit sequences, where the film played "bloopers" to keep the audience amused while the credits rolled.

Most viewers today think the Marvel Cinematic Universe invented post-credit scenes, but these type of outtakes and bloopers were more common than people realize in the 1990s and early aughts. Animated films especially loved to do extra animation to illustrate some of the best blooper voiceover moments. This way it looks like the lion Mustafa is the one doing the outtakes instead of James Earl Jones in his booth.

Considering how self-serious the new Lion King film is in its dedication to realism in animation, doing some sort of fun outtake scenes like this as part of the credits. Even a post-credit sequence where the characters get to have a bit of fun might have been a lighthearted way to end the film and tickle the audiences who stayed until the bitter end. Sadly, not to be.